A thread for general discussion about the new time trials. Similar to the Daily Race/FIA threads.

Yes, my subscription has expired and I went for a test.

I did spray the final braking corners at the Nord. It just reset me at pit entry and kept my lap time. Amazing to find I was 35th at that point in time. Could have been top 10 if I remained in the road.

Did okay for an initial 8th place. May have to losen the ARB for a bit more turn in and mid-corner grip.

Wait, you can tune the Porsche??? 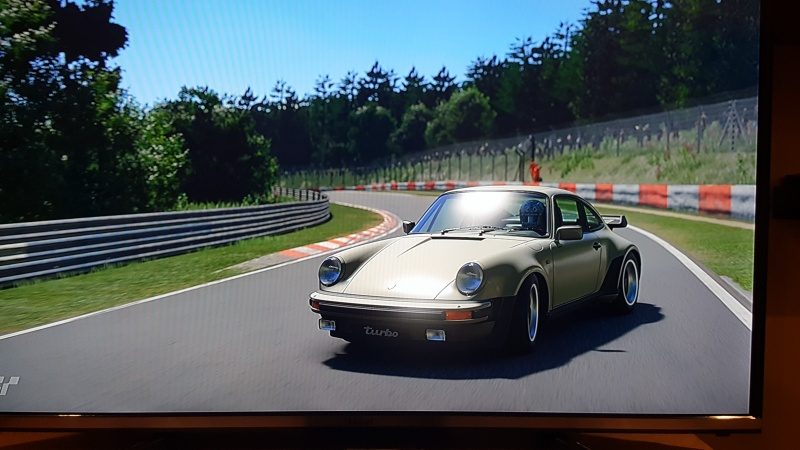 Dairyworker
Wait, you can tune the Porsche???

I will be smashing that Porsche tomorrow, never been much of a Porsche guy and RR layout usually feels a little uncomfortable for me, but one thing I am comfortable with is bags of oversteer and the rally-like feeling of the 'ring. Maybe when I'm done I'll understand this whole "911 is life" thing - I doubt it, though, as it's not a twin-charged Lancia 037 so how could it possibly be any fun?

Anyway, I just came to christen this thread and begrudgingly praise @Bivittavus88 for beating me to creating it.

Dairyworker
Wait, you can tune the Porsche???

No, you can't tune the 930. Only the Civic. I haven't been able to sink below 8:30 with the 930. I can probably find a few extra seconds on such a long track but the problem is that a whole lap takes a while. With the Civic my best is a 1:35, running all the power they let me. Might mess with the suspension more. I also gave the Civic really short gearing.

Running the Civic in a very short gearing and some small tweaks on the suspension put me at 1:34.
Overviewing the leaderboard though and rewatching some of the top replays. It's clear that the track can be exploited and cut short at the end. Shaving off 12-14 seconds.
Hopefully PD can fix this exploit.

Apparently PD is forcing us to cheat given that purposely hitting cones to gain more speed is not a penalty, yet purposely avoiding hitting any cones in order to keep it fair is a penalty


Seriously, PD has better not ignore these track cutting issues, yet continue to blame its players for "ignoring" a track boundary that has no indication whatsoever where it is (an easy fix would be make the indication be the obvious cones).

The cones are the least of the problems with this event unfortunately! 👎 I had to see how I am 16 seconds behind 1st place at Willow and pretty much all of the top 25 drivers are doing the same thing like sheep

anyway PD needs to fix this also as I have seen this at Willow in the past also and surely PD can make it so this will never be an issue again? Here's 1st place showing how to chop a lap in half

Yeah it sort of makes you lose interest already and they have only been out for 1 day booooo!!! 👎

First run at the 'ring, first drive of the day, first time in the car.

8.29.584 - 480th in the world. That strikes me as faster than I thought it would be - it was a somewhat tentative lap, I know there is more time to be had for me around miss-hit-miss and in the latter third of the course I can certainly brake less.

I won't be touching the Civic for as long as that exploit exists, and I'm not particularly interested in wrestling a FWD car through those twisties, however "legendary" it might be (still just a Civic, kids).

I got the Civic down to a 1:31.2 yesterday without using the shortcut, hopefully PD fix that or this TT is useless. I may try the Porsche tomorrow.

Pigems
I got the Civic down to a 1:31.2 yesterday without using the shortcut, hopefully PD fix that or this TT is useless. I may try the Porsche tomorrow.

I took the Civic out for a spin and got a 1:34 so far. Plenty of time left in it, especially when I sort those gears out. I was shocked to see i was 19s off the pace... even more shocked when I watched the top 10 replays. Shameful driving. What is even the point!?

So stoked to finally have online Time Trials, shame people feel the need to cheat to get further up the ranking. Hopefully GT improve the track limits and remove cheats. Touch the dirt, lose your time, seems simple.
Last edited: Aug 1, 2019
M

First penalty free lap in the 930 was a 8:31, miles of room to be more aggressive, but having watched the fastest time as at last night, I think I was underestimating how aggressive you could be. Two wheels on the green stuff into and out of most bends seems to be required.

I take it there's no way to see what driver aids other drivers may or may not be using?
L

If they want to make TT a proper thing then they have to set up some proper limits, I like the PC2 approach, break the track limits and the lap is void, if they leave the limits as they are with track cutting and bouncing off armco, then it's going to get really boring really quick.

It's fantastic this has been added - seen this a lot in the threads for suggested improvements. Well done PD!

My next goal is to get that Porsche around the Ring without crashing. As to the Willow track, it's my absolute least favourite track in the game (tied with Horse Thief Mile). But not whining, really really happy it's here!
T

It's not even necessary to have the racing etiquette trophy unlocked to enter these.

I'd call it Virtual Insanity the way you're Drifting Along.
F

Not listing you but i dont get why people post time trial videos in the Replay Camera. Like in the time trial lap, you want to show your driving and replay camera is totally not the way to show it. Dont get this at all.

Sitting at 8:24 with the 930 after 2 laps. I love this car/track, it’s an exhilarating drive and constant correction. Def need to be more aggressive, just feeling the car out and having a bit toooo much fun with the oversteer lol.

Few more laps and could prolly knock another ten seconds off easy. Knocking twenty off......that’s gonna be a tall order.

I will say, the car feels very close to the real 930 in its playfulness. Great job PD.