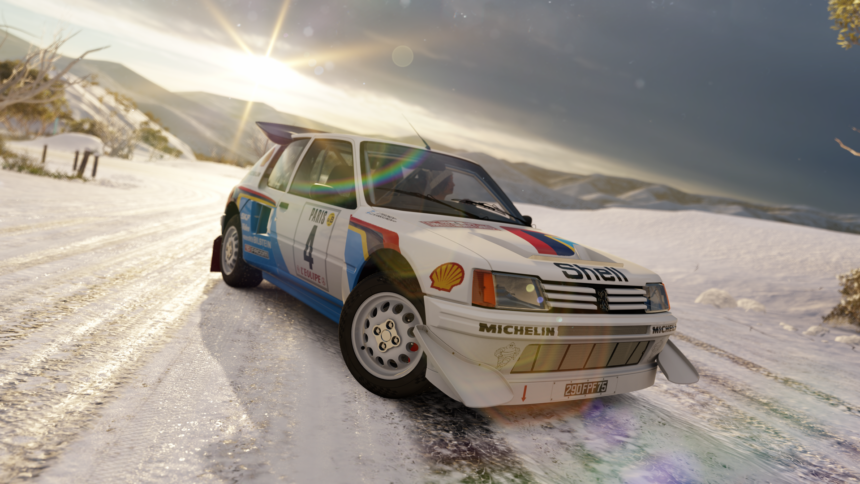 All of the title’s X-exclusive features are focused on increasing the visual fidelity of the game. The latest changes have been made possible by the new ForzaTech engine that debuted in FM7.

Horizon 3‘s version of Australia was already striking but owners of Microsoft’s latest hardware will be in for a real treat. Alongside the headline changes, other small tweaks have been made in areas like car reflections and the quality of in-game shadows. Outside of top-end PCs, the Horizon festival has never looked this good. Load times have even been shortened for the new console with the release of this update. 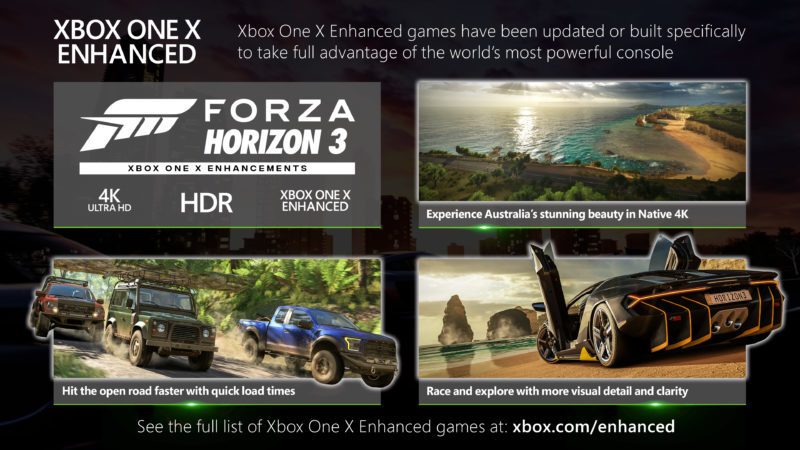 The new and improved Forza Horizon 3 includes these changes across the Blizzard Mountain and Hot Wheels expansion packs too. If you’re looking for a good racing title to showcase the Xbox One X’s capabilities, this could be a prime candidate.

Horizon 3‘s new patch is just the latest in the line of impressive post-release support provided by Playground Games. The team built on the game’s well-received launch with two meaty expansions and a car pass. Despite being nearly a year and a half old, it continues to sell very well too. Last week’s UK charts even showed that it outsold 2017’s Forza Motorsport 7.

As rumors swirl around the next entry in the series, there’s still plenty of time to enjoy FH3 — especially in a new and improved state.

Forza Horizon 4 0 Jul 2 by Gary Slater
The summer sun has made its grand return to Forza Horizon 4 to begin a fresh week, and a fresh new season. Series 24 officially kicks off this week and, on…

Forza Horizon 4 7 Jun 29 by Gary Slater
Playground Games has given us a preview of the next update for Forza Horizon 4. After unforeseen circumstances and a technical hiccup disturbed the release of Series 23, the livestream for…