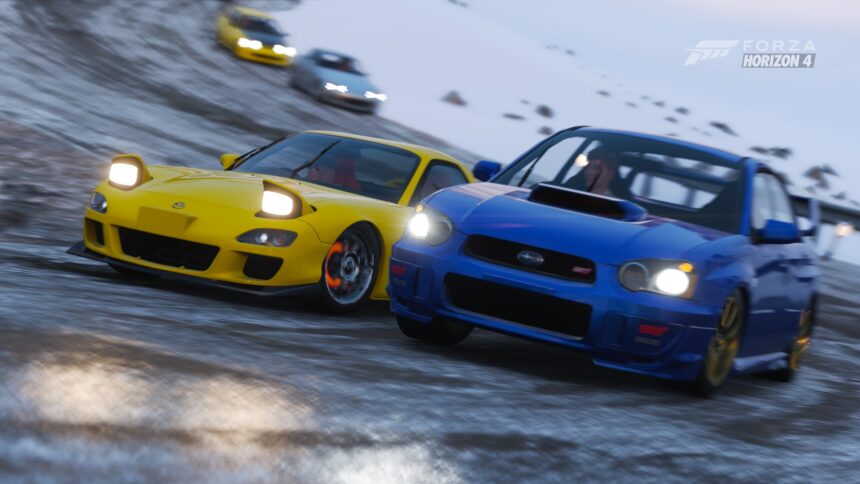 Last week saw the release of the Season 5 update for Forza Horizon 4. With it, came a bevy of new events, new cars, and best of all, the return of Mitsubishi. Season 5 kicked things off the right foot, there’s little denying that.

The recent update is noteworthy for another reason as well: the removal of two dances from the game. Both animations, the Carlton and the Floss, are at the heart of litigation for Fortnite developer Epic Games.

This began last December when Alfonso Ribeiro sued the developer for its use of “The Carlton” dance. ’90s kids will fondly remember Ribeiro portrayed Carlton Banks in The Fresh Prince of Bel-Air, whom the dance is named after. Shortly thereafter, Russell Horning also went after Epic for using the Flossing dance.

It appears then that the Microsoft camp is playing things safe by removing both offending dances before things take a turn for the worst. FH4 features several other emotes and dances that reference pop culture. Will we see more content removed as time goes on?

Unfortunately, this all raises important questions. What does it mean for other features? The first thing that springs to mind is, of course, the livery editor.

For the time being there’s nothing to worry about in that regard. All recreated logos or real-life likenesses of any kind are the result of abstract shapes and patterns. Moreover, said recreations aren’t sold for any monetary gain. That alone removes a major factor that often leads to an actionable offense.

As it stands, players will have to stand by and watch the situation unfold. Regardless of the reaction toward the inclusion of dances and emotes, it’s never a good a thing when a features removal is the result of a lingering lawsuit.

Playground Games
37 Comments Discuss this post in our forums...
Can You Beat the Impossible Gran Turismo Quiz?

Forza Horizon 4 19 Feb 13 by Gary Slater
Love is in the air, and so is a new season in Forza Horizon 4. Summer has rolled around once more to kick off Series 19, bringing new content and new…