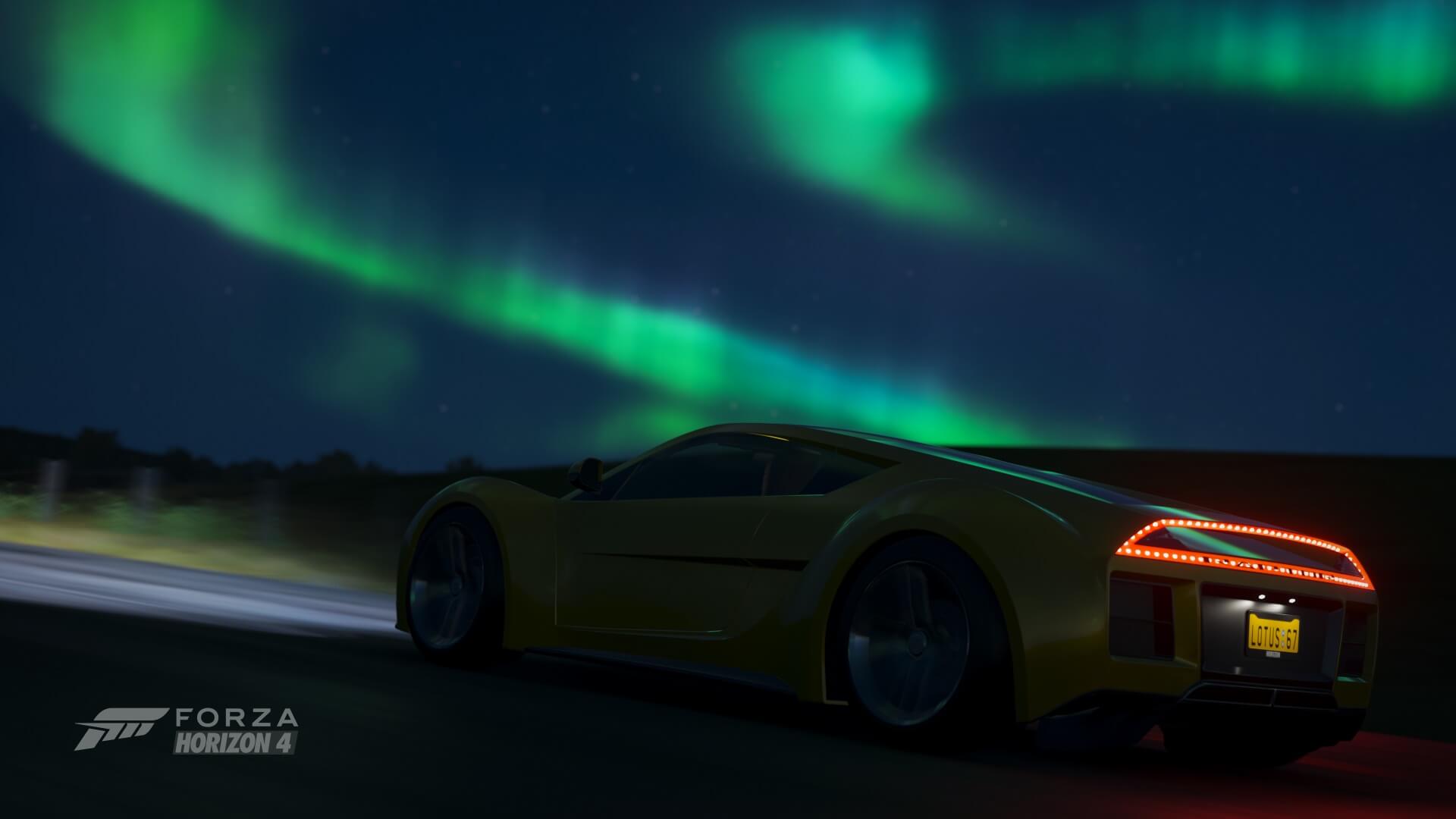 Autumn has settled across the UK for a fresh week in Forza Horizon 4, but players hoping for some new content will need to wait a little longer.

The Series 23 contents remain under wraps right now. First Playground Games dropped the planned livestream in early June, and then an unforeseen fault forced it to delay the release of the update. That meant a backup Summer, and the issue carries on into this week.

However, hope may finally be around the corner. 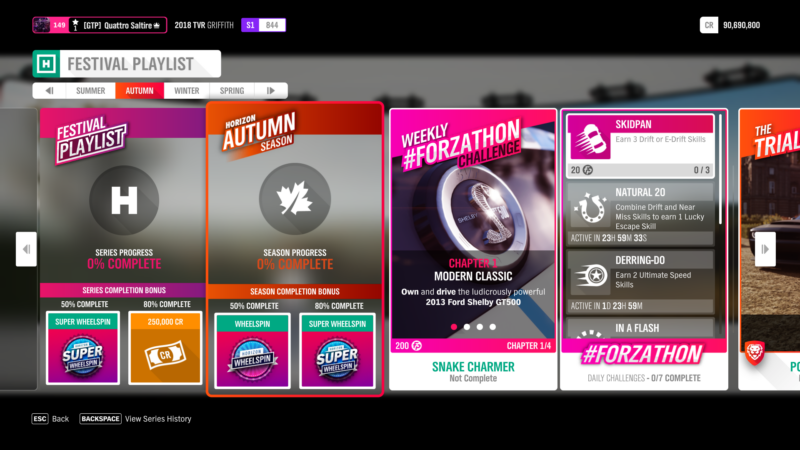 Playground has identified the fault that caused it to delay the release of Series 23 last week, and resolved the issue. It won’t be available just yet though, as the update need to go through a test process that will keep it from your consoles for a little while yet.

We are hoping to release the build next week. After the season change over on Thursday 18th, you will see the correct Series 23 content for the rest of the Series #ForzaHorizon4 https://t.co/uHjxwPgm9C

A tentative timetable puts the Series 23 content on track to be released next week, on June 18. To tide everyone over, the backup Autumn events have more in-game credits up for grabs if you feel a little short on money.

You can find this week’s events below. 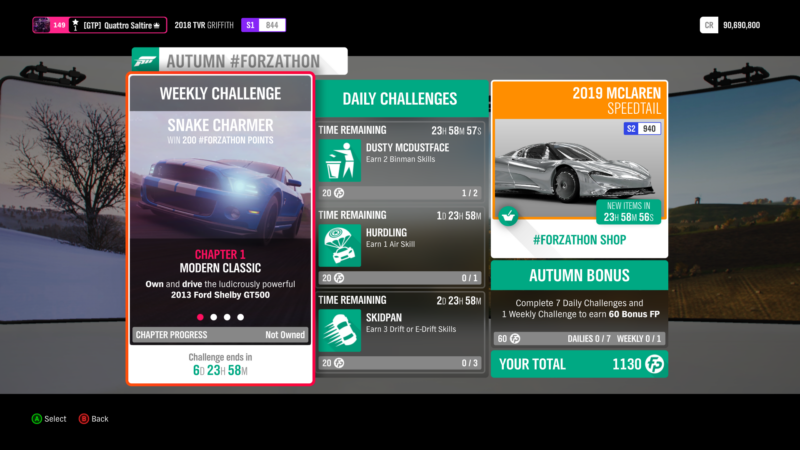 This week’s Forzathon continues to look at big power, but attention now turns across the Atlantic to the 2013 Ford Mustang Shelby GT500. Jump into this American brute to get things rolling.

Next up, unleash all 662hp and conquer the quarter mile by winning 3 Drag Strip events. Afterwards, put that power to more creative use, by earning a total of 1 million Skill Score.

Finally, prove your Shelby is more than just a straight line monster, by winning a Road Racing Series event at Lakehurst Forest Sprint. 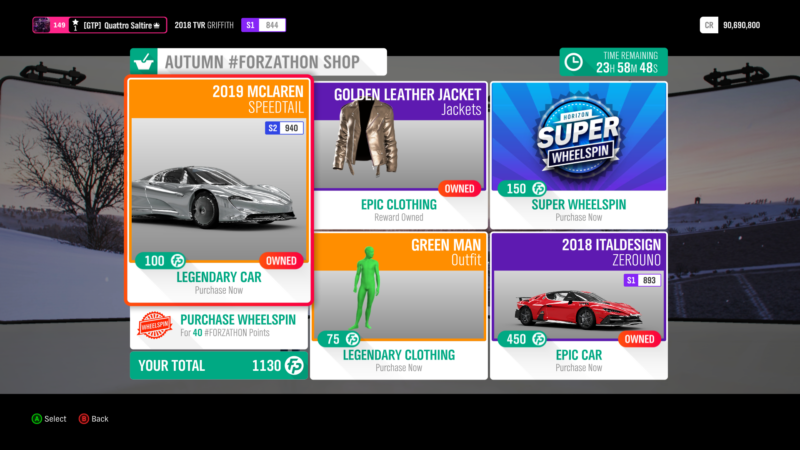 Channeling the spirit of the iconic McLaren F1, the Speedtail famously features a three-seater layout with a central driving position. The silhouette also intends to hark back to the longtail variant of the F1.

Speedtail takes the crown from the P1 and Senna as the fastest, most powerful car to come out of Woking. The 4.0-liter, twin-turbocharged V8 is mated to a hybrid system and produces in excess of 1,000hp. Find a long enough straight, and the super slippery Speedtail will hit 250mph.

You’ll only need a measly 100FP to grab the Speedtail. If you missed the car’s introduction in Series 20, be quick to grab one before the next rotation tomorrow.

Joining it is the uniquely styled Italdesign Zerouno. A limited-run supercar from the established design studio, the Zerouno features very modern underpinnings. Italdesign has liften the drivetrain from the current Lamborghini Huracan, meaning a 5.2-liter V10 with 602hp on tap.

The Zerouno will set you back 450FP, but we would advise saving your points for the the main headline car rotation.

Avatar cosmetics this week include the Golden Leather Jacket and the Green Man outfit.