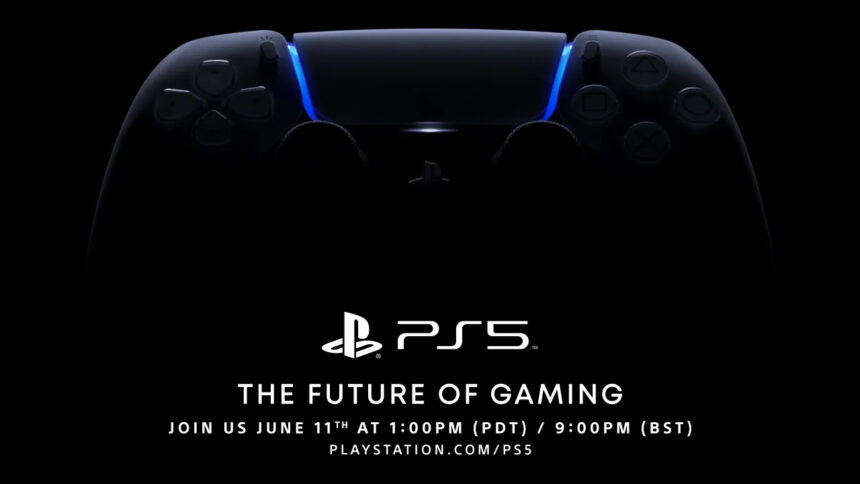 Updated June 8: Following the earlier postponement, Sony has revealed a new date for the event. It will take place a week later than planned, on June 11, again at 2000 UTC.

Updated June 1: As of June 1, Sony has postponed the June 4 event. It issued a statement on social media to explain the decision, which strongly suggests the company is responding to wide-scale unrest in the USA this week:

“While we understand gamers worldwide are excited to see PS5 games, we do not feel that right now is a time for celebration and for now, we want to stand back and allow more important voices to be heard”.

Our original article continues below.

It looks like the rumors were true: Sony is presenting a live, PlayStation 5 games event next Thursday, June 4.

Sony announced the event via social media and the PlayStation Blog. The news confirms industry chatter earlier this month that the next step of Sony’s unveiling strategy was imminent.

Thus far the next-gen Sony console has had a rather unusual launch process. Gamers are yet to see the physical console in any form, unlike the Xbox Series X which Microsoft showed off some five months back in December 2019. Instead Sony has focused on the console’s technical specifications and the new controller.

Thursday’s event is the next stop for the PlayStation 5 hype train: the games. Like Microsoft’s gameplay event in early May, this presentation should reveal what games PS5 players will get their hands on when the console launches at the end of the year.

“The games coming to PS5 represent the best in the industry from innovative studios that span the globe. Studios, both larger and smaller, those newer and those more established, all have been hard at work developing games that will showcase the potential of the hardware.

“This digital showcase will run for a bit more than an hour and, for the first time, we will all be together virtually experiencing the excitement together. A lack of physical events has given us an amazing opportunity to think differently and bring you on this journey with us, and hopefully, closer than ever before. This is part of our series of PS5 updates and, rest assured, after next week’s showcase, we will still have much to share with you.”

A number of third-party studios have already confirmed their games for the PS5, on or around the launch window. This includes major titles like Assassin’s Creed Valhalla, Watch Dogs: Legion, Godfall, and — of course — Fortnite, but Codemasters has also confirmed that rally driving title DIRT 5 will see a PS5 release too.

As yet we haven’t seen anything from Sony’s in-house developers, newly renamed as PlayStation Studios. The June 4 event should bring some of these games into the picture, and that might include Gran Turismo 7. The next title in Polyphony Digital’s racing series is widely tipped to be a PS5 launch day title, though that remains to be seen.

One other thing that is yet to be seen is the PlayStation 5 console itself. Will Sony finally reveal the finished product at this event? You’ll have to tune in, on PlayStation’s official Twitch or YouTube channels, from 2000 UTC on June 4 to find out.

PlayStation 5
228 Comments Discuss this post in our forums...
Test Your Badge Knowledge With Our Car Logo Quiz

Gran Turismo Sport 784 Jan 18 by Andrew Evans
There’s a new set of GT Sport Daily Races this week, to tide us all over while we’re waiting for the next FIA season to start. The options are relatively…

Gran Turismo Sport 1788 Jan 17 by Andrew Evans
Polyphony Digital has announced that its flagship FIA Gran Turismo Championships series will return for another season in 2021. The announcement confirms that the championship will continue into its fourth…

Automotive News 71 Jan 14 by Andrew Evans
Toyota has become the first brand to reveal its Le Mans Hypercar in full. Sticking with Toyota’s naming scheme for its World Endurance Championship vehicles, but shaking things up a…