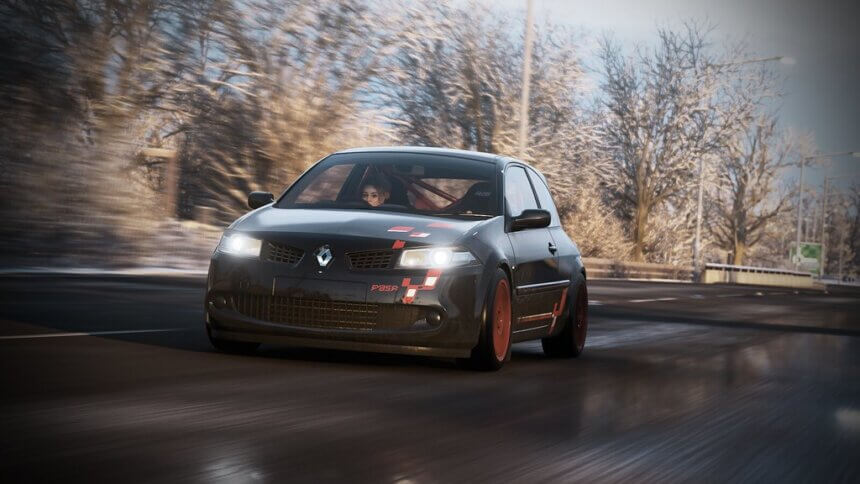 A cold blanket of snow has settled across the UK for another week, signalling a new Winter season for Forza Horizon 4. The memories of Forza Horizon 3 are soldiering on, with Blizzard Mountain themed events.

The newest Winter Playlist brings back more previous prizes for 50% and 80% completion. There is no new content available today, but players will have another chance to score a rare Koenigsegg race car. Read on for our Winter content rundown. 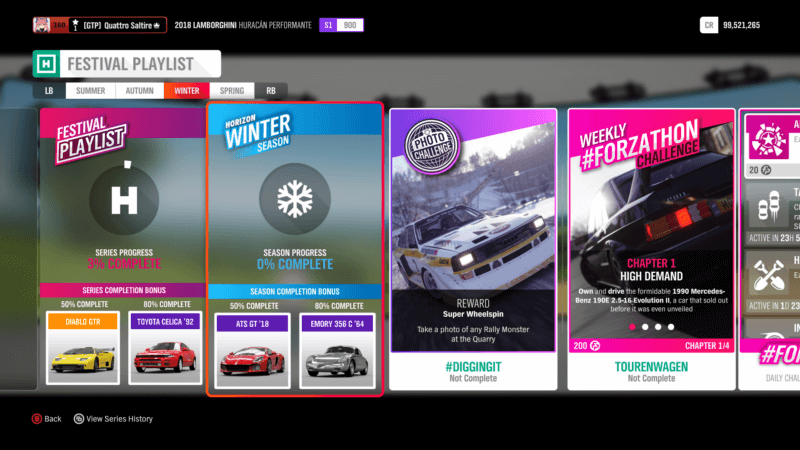 A Break From Normal Running

Prizes across all fronts this week are returning content. Leading the way is the rare 2018 ATS GT.

This Italian brand is almost unheard of in motoring circles, but made one of the first mid-engined road cars back in the 1960s. While its new GT may have an Italian design on the outside, it’s powered by very British mechanicals. The running gear comes from a McLaren 650S, meaning a 3.8-liter, twin-turbocharged V8 and 650hp are on the menu.

Also making a return is the 1964 Porsche 356C. This particular 356 has been resto-modded by Emory Motorsports. With modern suspension and tires, handling should no longer appear from a bygone age. Emory has also brought the engine up to date, with the 2.3 liter flat-four making 220hp. This modernization package should allow the 356 to keep up with much more modern competition.

Seasonal championship prizes include the 1969 Ford Mustang and the Hoonigan Ford Focus RS.

The main course for Winter comes in the shape of the Koenigsegg CCGT. This racing machine was designed for GT1 regulations before a sudden rule change derailed any chances of competition. To comply with the rules, the 5.0-liter V8 was restricted to 610hp and an extreme aerodynamic kit was fitted to increase downforce.

If you want the CCGT, you’ll need to win the “Midnight Battle” championship.

Winter has a new Showcase Remix on the cards too. “Ride to Anywhere” will have you racing across the Scottish Highlands in Isha’s Austin FX4 Taxi. Your opponent in this race is a giant hovercraft — clearly a common sight in Scotland.

The latest Photo Challenge takes you offroad this week. #DiggingIt requires you to photograph a rally car at the Lakehurst Slate Quarry.

A full list of events and prizes is down below: 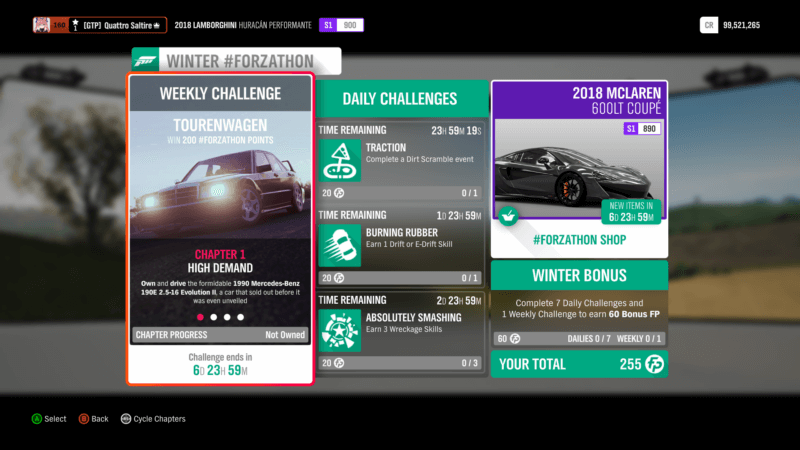 Forzathon goes all German this week, with the spotlight shining on a touring car icon: the 1990 Mercedes 190E Evolution II. Climb aboard this winged beast to get started.

Up next, pretend like you’re on the autobahn and get a total of 3 stars from Speed Traps. Afterwards, try not to channel your inner touring car driver as you’ll need to earn 6 Clean Racing Skills.

To finish this week off, take your 190E for a drive around Britain. To complete the final challenge, you’ll need to cover 20 miles. 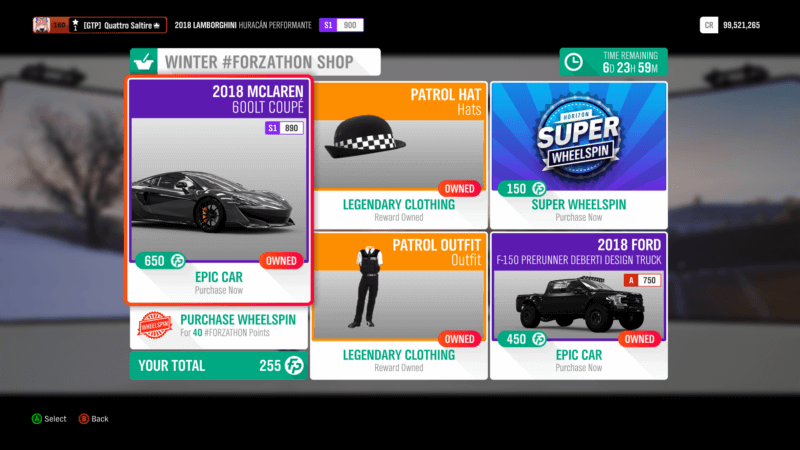 A mixed bag features on the shop lineup this week. Taking center stage is the 2018 McLaren 600LT.

The second member of McLaren’s “Long Tail” range, the 600LT receives numerous upgrades over a standard 570S. A 220lb weight reduction complements a power boost to 592hp from the 3.8-liter, twin-turbocharged V8. With increased downforce and revised handling, the 600LT will leave its rivals shaken.

You’ll have to cough up 650 Forzathon Points to acquire the 600LT. If you’re after a car to embarrass the Italians, then the McLaren will easily get the job done.

Joining it is the 2018 Ford F-150 PreRunner. Built by DeBerti Design, this F-150 is capable of conquering any terrain very fast. Under the hood lies a twin turbocharged 5.0-liter V8 kicking out 800hp. With extreme offroad modifications, there is very little that can stop the PreRunner.

The price for the F-150 sits at 450 FP. If you want an intimidating truck to crush sand dunes or snowy hills, then the PreRunner has plenty of firepower to do so.

Cosmetic items available include the Patrol Hat and the Patrol Outfit.