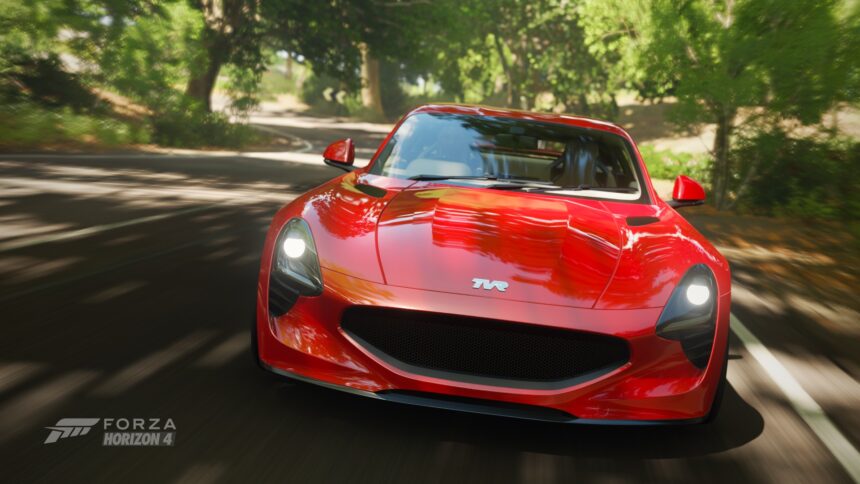 Playground Games has added another achievement to its trophy case. Last night at the annual British Academy of Film and Television Arts (BAFTA) Awards, it picked up the win for Best British Game for Forza Horizon 4.

The win comes on the back of previous accolades for the open-world racer. It wrapped up 2018 with a win at the Game Awards, and followed up in February of this year at the DICE Awards. Both of those were for sports and racing games though, whereas last night’s win was a more general category.

The British Game of the Year competition included titles made by — you guessed it — British studios. The list of nominees included some heavy hitters:

Studio head Ralph Fulton was on hand to claim the award on behalf of the Leamington Spa-based team, posting a behind-the-scenes shot on Twitter:

So this just happened pic.twitter.com/VaVnHsqRGH

Forza Horizon 4 has both a critical and commercial hit for the team. It sits at a 92 rating on Metacritic, and hit over seven million players back in January.

As for what’s next for FH4? The recent season change introduced two new BMW models for players to hunt down, and the next major update is set for mid-April. A second expansion is also on the cards, to follow last December’s Fortune Island.

Congratulations to the team at Playground Games on the BAFTA win!

Awards
23 Comments Discuss this post in our forums...
Can You Beat the Impossible Gran Turismo Quiz?