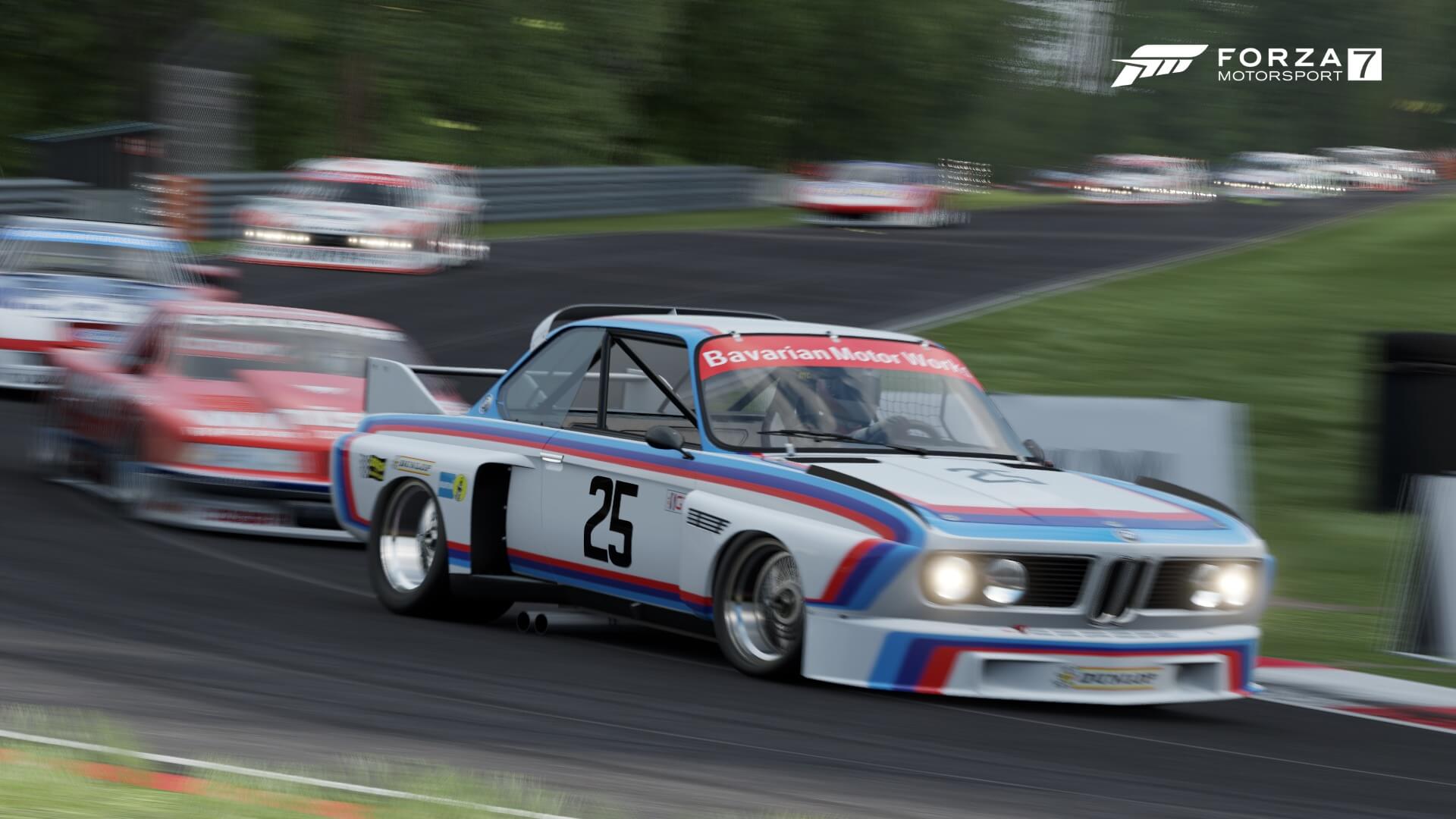 This month’s Forza Motorsport 7 update has arrived. It’s a small one too, focusing in on a new aspect of the Forza Race Regulations system: penalties for collisions.

While the update barely tips the scale at only 152MB, this is an important addition to the game. In its current iteration the FRR system only handed out penalties for players going off track. Collision penalties should further encourage clean driving, an area the community has raised issues with in the past.

For the initial release of the new penalties, Turn 10 is targeting the major impacts. This “Avoidable Contact” — as it’s known in the game — centers on intentional ramming, judging factors like two cars’ speeds, position, and the immediate aftermath. Brian Ekberg explains:

“With the July update, the FRR development team has been intentional in trying to penalize the most obvious examples of ramming. Our goal has been to avoid ‘false positives’ collision penalties as much as possible. As a result, players will notice that certain contact between cars that might realistically be deemed a penalty is not called out as in July.”

The new FRR features will be available in the usual Forza Race Regulations Cycled Production hopper, plus and private lobbies that use the FRR rule set.

With Forza finally adding collision penalties a la GT Sport and Assetto Corsa Competizione, we’ll be putting the new ruleset through its paces over the coming days to get a feel for it. Have you tried it? Let us know your thoughts in the comments.

Andrew Evans · Jul 2, 2019· 8 Comments
Microsoft and Special Olympics are once again partnering on a gaming event for athletes involved in the disability sporting movement, and Forza Motorsport 7 will form part of the program.

Andrew Evans · Jul 2, 2019· 7 Comments
Forza Motorsport 7 will shortly be no more, as Microsoft moves the game into end of life status this September.

Michael Leary · Jul 2, 2019· Comments
The Xbox Game Pass subscription service continues to grow, and next month sees the addition of a fan favorite. With DiRT Rally 2.0 leaving the service on October 1, it begs the question: what’s going to take its place for sim racers? Now there’s an answer, Forza Motorsport 7.

Gary Slater · Jul 2, 2019· Comments
Fans of the Forza series who spend time creating their perfect liveries have a good reason to show them off to the world once more. Following an absence of almost a year, Turn 10 has announced that the official livery contests will return.

Gary Slater · Jul 2, 2019· Comments
The potential for virtual racing esports to feature in marquee sporting celebrations is something that has been the subject of substantial attention in recent years. It’s a subject that the International Olympic Committee has discussed, and Japan’s National Sporting Festival now includes Gran Turismo Sport as one of its events annually.

Kyle Patrick · Jul 2, 2019· Comments
On its latest episode of Forza Monthly, Turn 10 officially revealed all the details for the fourth season of the Forza Racing Championship.

Kyle Patrick · Jul 2, 2019
Turn 10 has released the latest — and final — update for Forza Motorsport 7. Weighing in at 570MB, it introduces another free Porsche, updates to the Forza Race Regulations system, and more.

Michael Leary · Jul 2, 2019· Comments
The next Forza Monthly live stream is near, and it looks like an interesting one. As you can see in the image above, the car being showcased is none other than the Porsche 718 Cayman GT4 Clubsport. Going by past events, this suggests the GT4 racer is on its way to the game very soon.

Kyle Patrick · Jul 2, 2019· Comments
A designer from Turn 10 has revealed a variety of cars from Forza Motorsport 7. The catch? We’ve never seen them in the game, nor Forza Horizon 4, at least not yet.