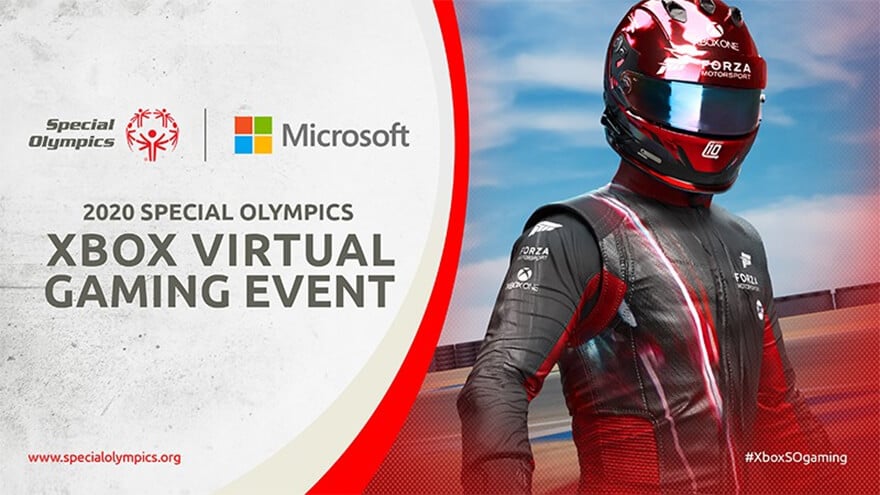 The potential for virtual racing esports to feature in marquee sporting celebrations is something that has been the subject of substantial attention in recent years. It’s a subject that the International Olympic Committee has discussed, and Japan’s National Sporting Festival now includes Gran Turismo Sport as one of its events annually.

Now Microsoft and Forza Motorsport 7 are back in the esports spotlight. Back in 2018, the Special Olympics held its first ever gaming tournament, with FM7 in the lineup thanks to event partner Microsoft. The competition pitted eight teams of athletes from three states in the non-medal exhibition event.

With travel restrictions still in place across the world, the Special Olympics will host a unique competition next weekend, under the name of the Special Olympics Xbox Virtual Gaming Event. Again, Turn 10’s racing sim is the headline act, with more than 35 athletes from 11 states competing in the event.

The event is aimed at keeping the athletes connected, competing, and staving off the fatigue of current global conditions. Special Olympics USA supports athletes with intellectual disabilities, who may be more affected by the mental health aspect of social distancing.

Jenn Panattoni, the program manager at Xbox’s Gaming for Everyone, said:

“That inspiration [of 2018] kept us connected to the Special Olympics organization, so when they were looking to adapt and find innovative ways to support their athletes during these stay-at-home orders, we realized there was an opportunity for us to partner and create something amazing… again!”

Microsoft has made significant strides in making gaming accessible and inclusive for a global audience, including releasing the Xbox Adaptive Controller. Gamers can tailor this special input device to accommodate all sorts of physical mobility impairments.

The special event is set to take place on Saturday May 30, starting at 1600 UTC. You can watch the event as live on Mixer, Twitch and Youtube. A special awards ceremony will take place after the racing, hosted within Minecraft. Viewers can donate their online Microsoft Rewards points for the event, with Microsoft also promising to match all points donations until June 30.