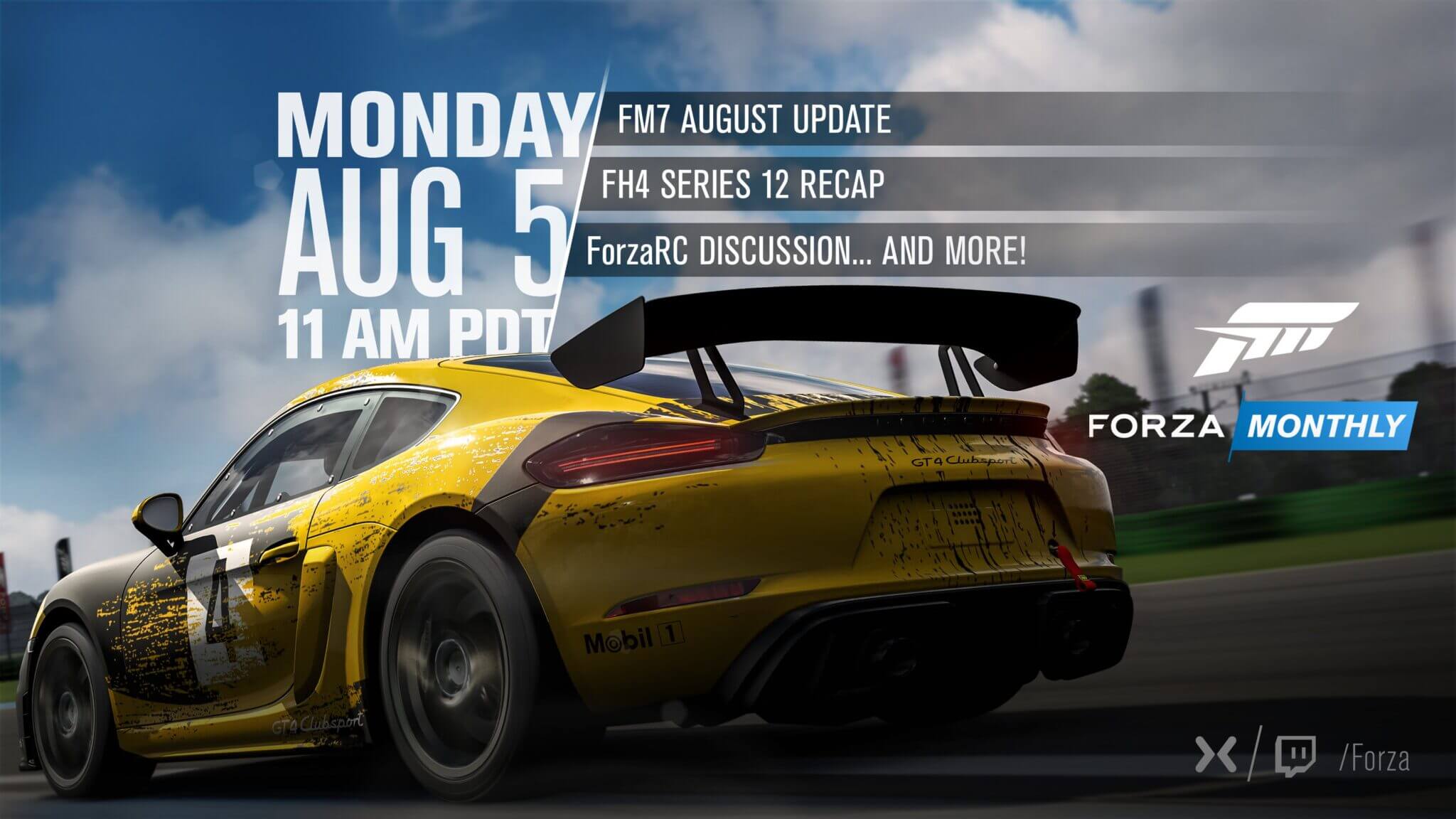 The next Forza Monthly live stream is near, and it looks like an interesting one. As you can see in the image above, the car being showcased is none other than the Porsche 718 Cayman GT4 Clubsport. Going by past events, this suggests the GT4 racer is on its way to the game very soon.

This is no doubt the final goodbye for Forza Motorsport 7. As we reported in July, development on the seventh entry will conclude after this month’s update. If we had to guess, the Cayman GT4 will make its debut in FM7 as the Spotlight car that’s free to all players.

The last Spotlight car, the McLaren Senna, arrived in FM7 this past April. It’s safe to say we’re long overdue for a new car that can freshen things up. As for any surprises, there’s a few possibilities. First up, the Apollo Intensa Emozione that showed up in the game as a menu image. It’s no secret the Apollo is running wild in Forza Horizon 4, so the groundwork is already there.

Then there’s the recently leaked Porsche 917 LH that reared its head last month. Another vehicle leaked in that list, the Aston Martin Vanquish Zagato, will debut in FH4 later this month.

At the very least, the 917 LH makes sense as it’s not only a race car, it would serve as a poetic sendoff for FM7. The title features a Porsche — the 911 GT2 RS — as its cover star, and boasts the largest collection of the brand in the genre.

What we know for certain is the August update will include further improvements to the Forza Race Regulations feature. Specifically, race disqualifications based on the number of time penalties will debut.

Regardless, we can’t wait to see what Turn 10 has in store for the final update for FM7. The next episode will air this Monday, August 5 at 1800 UTC.