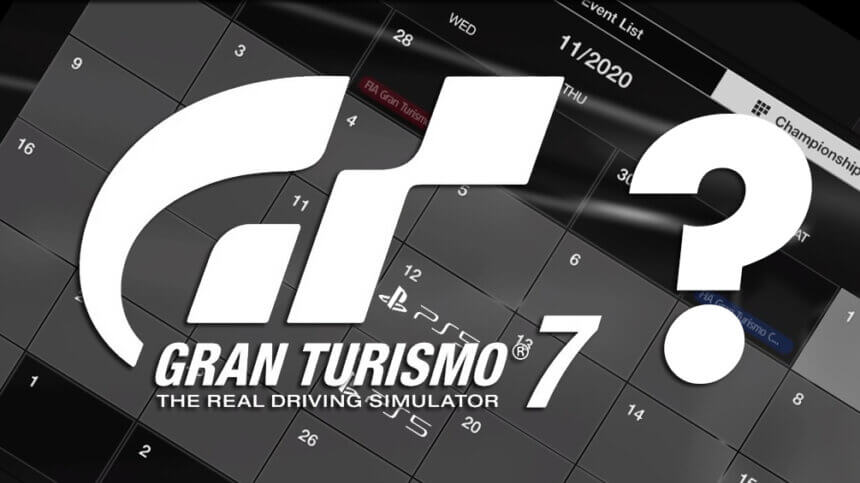 The great debate over Gran Turismo 7‘s potential launch date has taken yet another twist today, courtesy of a teaser posted on the official Gran Turismo Facebook account.

Long-rumored to be a launch title for the next-generation PlayStation 5, GT7 was the first game shown on Sony’s first ever PS5 games reveal event. Speculation has come and gone, but as the months, then weeks, and now days have ebbed away, inching closer to the console’s debut on November 12, official word on GT7 has been absent. Indeed we’ve seen nothing of the title at all since that June event.

That’s led to some more pessimism over when we’re likely to see GT7. Realistically, with 22 days until the console launches and no marketing at all, it seems intensely unlikely that Gran Turismo 7 will hit shelves at the same time as the console (regardless of online store dates). However, today’s social media post has rather shaken things up.

It’s a simple post with no actual new content, just seven seconds of video from that original launch trailer. The title of the post is what’s intriguing:

It seems a pretty clear indication that the game is on its way, but naturally the post doesn’t state exactly when “soon” is. However unlikely GT7 is to be a launch day title, there’s more scope for it to be a launch window title, arriving in the console’s first three months. That covers a period in which Gran Turismo games frequently launch — GT1, GT2, GT4 and GT6 all arrived in December in their respective years.

Naturally, we’ll bring you all the news on Gran Turismo 7 as it breaks. You can keep up with all the latest information on our dedicated GT7 Guide Page.

Gran Turismo Sport 1107 Mar 1 by Andrew Evans
It’s the first of the month and the start of a new week, and there’s another set of new GT Sport Daily Races to keep us all occupied for the…

Gran Turismo Sport 311 Feb 25 by Andrew Evans
GT Sport players have a new set of Time Trials for the next two weeks and, after the slightly unusual and seemingly unplanned change last time out, things are back…

Gran Turismo 7 324 Feb 23 by Andrew Evans
Gran Turismo fans will have to wait a little longer to get their hands on the next full entry in the series, as Sony has revealed the game won’t make…

Gran Turismo Sport 1107 Feb 22 by Andrew Evans
A new set of GT Sport Daily Races has arrived, and the next seven days will put you in racing action at circuits — real and fictional — around Europe.…

Gran Turismo Sport 2502 Feb 18 by Andrew Evans
Updated February 20: Since we posted the details below, all corresponding information has been removed from the official Gran Turismo website. We’ll update this article with more information as we…

Gran Turismo Sport 1107 Feb 15 by Andrew Evans
The latest set of GT Sport Daily Races, running for the next seven days, will see you recreating the golden era of rally in a rather unusual event — as…