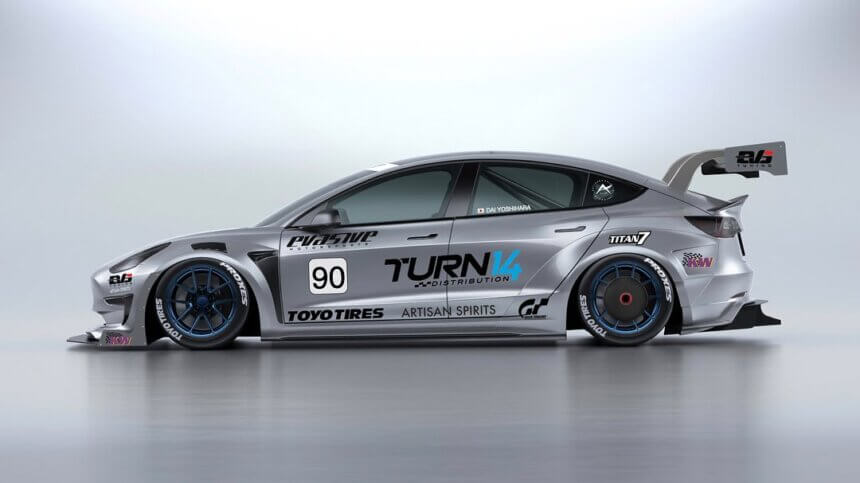 Gran Turismo will be sponsoring a rather unusual race car this summer, as renowned drifter Daijiro “Dai” Yoshihara takes on one of the most famous point-to-point races in the world: Pikes Peak.

It’s Yoshihara’s third crack at the legendary hill climb race, which sees a wide variety of machines tackle more than 150 corners — including almost 20 hairpins — along a 12.4-mile course which also rises almost a mile up into the Colorado sky. The finish line is 14,110 feet above sea level, with the massive drop in air pressure at that elevation having significant effects on combustion engines.

On all three occasions, Yoshihara has teamed up with California’s Evasive Motorsports. In 2019, the Evasive/Turn 14 Toyota 86 blew the rear differential approaching the Devil’s Playground section of the course, while all set for a sub-10-minute time. However they returned in 2020 to take the Unlimited Class victory with a 10:05, despite a spin on the way up.

They’ll return for this year’s race, which will take place on June 27, with a different car. Yoshihara will be racing in a Tesla Model 3, one of three Model 3s in the Exhibition class this year. Of course the Model 3 is an electric vehicle, which means there’s no issues with power loss due to thin air, but there’s still challenges involved.

Lower air pressure magnifies cooling issues, and Evasive will need to manage battery and motor cooling to prevent derating, but an EV does hold the absolute record on the climb after all.

Fans will be well aware that Gran Turismo sponsors the event as a whole — the official name is “The Broadmoor Pikes Peak International Hill Climb, brought to you by Gran Turismo” — hence the GT-branded sunstrips on every applicable vehicle.

However, as confirmed by Evasive Motorsports itself on Instagram, GT is also an individual sponsor for Yoshihara’s machine. In fact GT also sponsored both of the previous entries, in that class-winning Toyota 86.

Yoshihara has a lengthy connection with Gran Turismo and Polyphony Digital. We actually got to meet the man himself back in 2013 at an event at Willow Springs to showcase Gran Turismo 6‘s GPS Data Visualizer; he even took us out for a spin!

More recently of course, his Falken Tire/Turn 14 Subaru BRZ made its way into Gran Turismo Sport — and he’ll be competing in Formula Drift in the car again this year.

Thanks to Firehuntah for the tip!

Dai YoshiharaPikes PeakTesla
16 Comments Discuss this post in our forums...
Test Your Badge Knowledge With Our Car Logo Quiz