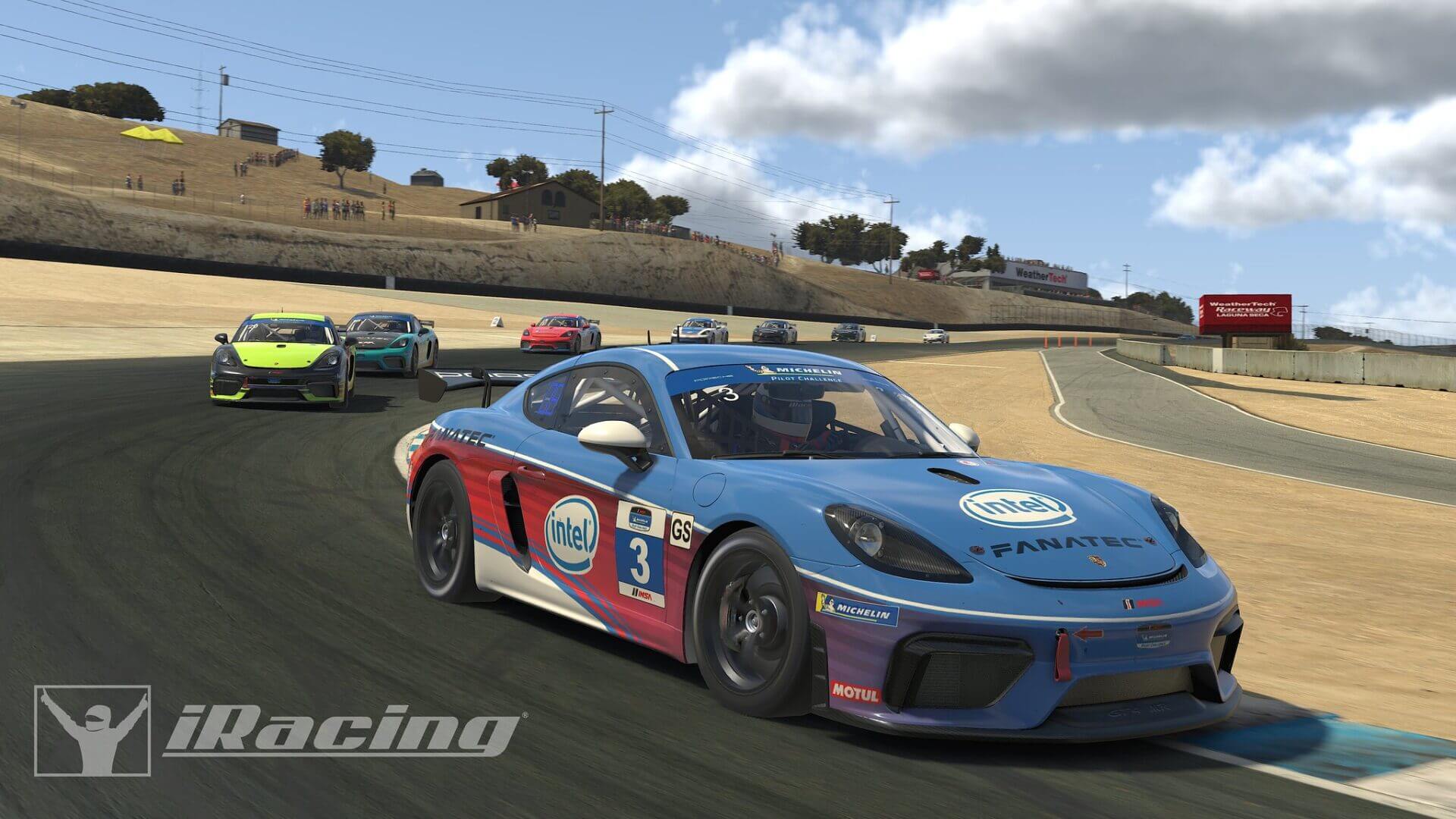 Last week, the iRacing Motorsport Simulations team confirmed the Porsche 718 Cayman GT4 Clubsport MR arrives in March. The IMS team has one-upped itself with a new trailer showing off the six-cylinder racer.

Originally announced last September, the 718 CS will be the first GT4-class racing machine coming to the PC sim — though it won’t be the only one in its class, as it will go toe-to-toe with the BMW M4 GT4 later this year.

The track-tuned beast makes do with a 3.8-liter, flat-six engine sending 425hp to the rear wheels. Weighing in at upwards of 2,910lb (1,319kg) the GT4 racer will certainly be light on its feet through the corners.

There’s plenty to see in the gameplay trailer. At the 0:20 mark, we get right in to the sound of flat-six. We’re stating the obvious here, but the Cayman GT4 sounds fantastic. Its engine note resonates through every corner and it certainly doesn’t sound like something one should take lightly.

While the teaser itself is a short affair, it doesn’t end there. Beginning at 1:02, the video dives into a series of onboard battles with Donington Park first up to bat. The car looks incredibly stable through the corners, and dare we say, easy to drive.

Switching to Lime Rock Park at 2:08, the two Caymans battle through The Downhill Turn 7 and onto the main straight for a full lap. As a reminder, the Cayman joins the multi-class IMSA Michelin Pilot Challenge for 2020 Season 2. It will also take part in its own support series throughout the season as well. Players will have a chance to drive the Clubsport MR during the IMSA 90 Minutes of Sebring event on March 15.