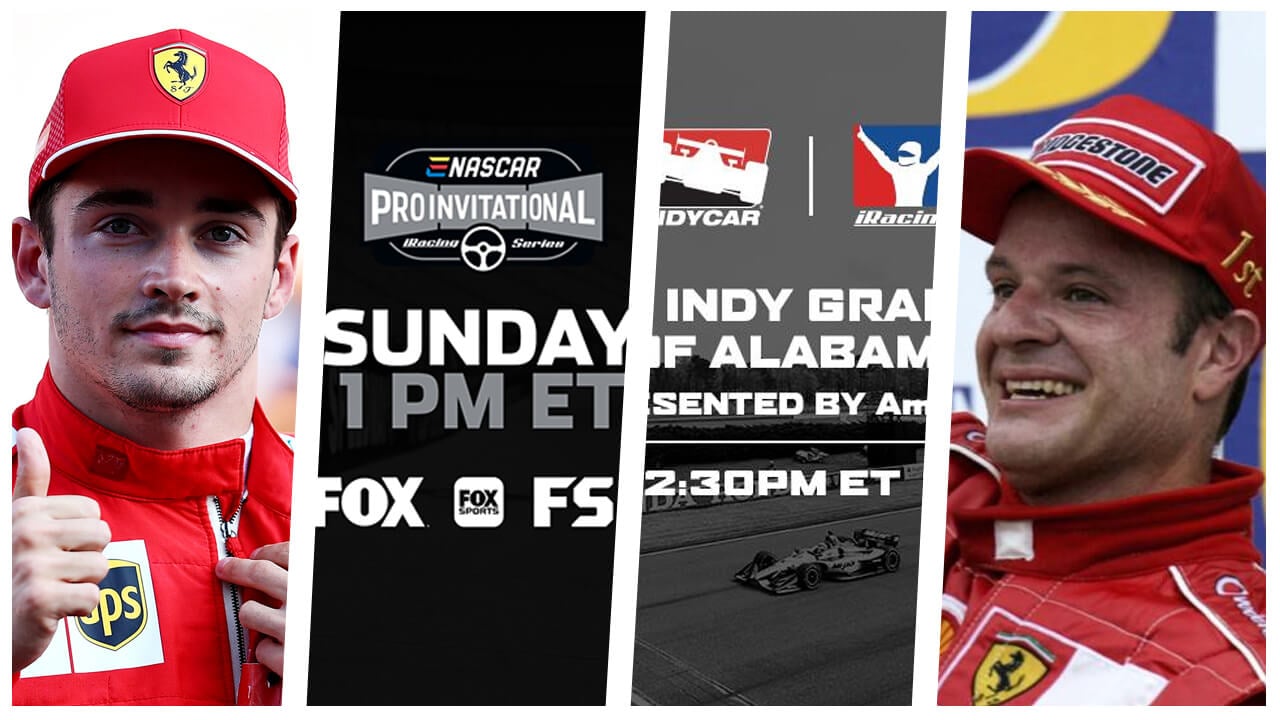 Once again the virtual motorsport world is filling in this weekend for where the real-world can’t. With large events and gatherings on a pause for the near future, drivers and fans find themselves at a loose end, and are uniting in the digital realm.

Each event is becoming gradually more and more star-studded. There’s plenty of familiar names from the world of motorsport, with even legends like Emerson Fittipaldi joining in last weekend. World champions of past and present — and future — are starting to get more involved, and there’s big names from motorsport culture and racing game streaming too.

There’s more than a handful of these events running to a regular schedule now, and we know we’re not alone in having to write it all down just to keep up with it. That’s why GTPlanet has again put together this handy guide to what to clap your eyes on this weekend, when and, most importantly, how. Not all of the races are available just yet, so we’ll be updating this list with streams as they go live, and providing recaps of previous weeks where possible.

The Race starts the action again with some more All-Star racing on Saturday afternoon, and a new format for its Legends event. This week there’ll be four qualifying rounds for the All-Star event, sandwiched by the Legends races which will see a reverse-grid second race.

There’s some new names on board too, with ex-Ferrari drivers Rubens Barrichello and Mika Salo joining the Legends race. Dario Franchitti will return to defend his crown, while Juan Pablo Montoya will hope to atone for last week’s collision with Emanuele Pirro. The racing starts at 1600 UTC on April 4, and you can catch it here.

IndyCar returns this weekend in a new earlier timeslot, at 1830 UTC on Saturday April 4. makes its debut in esports on Saturday with the iRacing Challenge. The format is broadly similar to the previous weekend, though the action moves to Barber Motorsports Park for the Honda Indy Grand Prix of Alabama.

It’s a star-studded field again, with current series champion Josef Newgarden and five-time champ Scott Dixon involved in the race. However it’s not clear at the moment if the race will be live-streamed as the series has now partnered with NBCSN which will broadcast the event on NBC Sports.

NASCAR will be running a pair of events this weekend, with one each on Saturday and Sunday evenings. The main event will still be the Food City Showdown, at Bristol Motor Speedway on Sunday April 5 at 1700 UTC, but there’s also the Saturday Night Thunder series the previous evening.

This will be a chance for drivers elsewhere in the NASCAR ladder, including Xfinity Series, Truck Series, ARCA, and NASCAR Mexico and Europe series, to get involved. Both events will feature heats as qualifiers, followed by a final event.

NASCAR hasn’t yet revealed a time for the Saturday Night Thunder, but it will stream the event on eNASCAR.com. Meanwhile Sunday’s race will only be on the Fox network, including Fox Sports.

Veloce Not The … GP

The “Not The … GP” series from Veloce Esports is back this week, with a twist. Rather than a race on the scheduled circuit — which is unlikely as this weekend is supposed to be the F1 Vietnam Grand Prix and that isn’t in any games yet — the event will instead be a knockout format.

16 drivers will meet up, and race head-to-head, single-lap eliminators on a yet-to-be-determined circuit. The 15th and final race will pit the last two remaining drivers against each other for the overall win. You’ll be able to tune in from 1700 UTC on April 5 via the Veloce Esports YouTube channel below.

F1 is pushing the boat out this week, with a Virtual Grand Prix that features at least five current stars of F1. As Vietnam isn’t available in F1 2019, the race will be a 28-lap event on Australia’s Albert Park circuit in Melbourne. Alex Albon (Red Bull), Nicholas Latifi (Williams), Charles Leclerc (Ferrari), Lando Norris (McLaren), and George Russell (Williams) will all take part. If that’s not enough, F1 world champion Jenson Button will be driving too.

Leclerc’s younger brother Arthur will also take part in the race, which will include familiar names from previous events. When that race has finished, there’ll be an exhibition race from F1 Esports Pro drivers for a further hour. The action all starts at 1900 UTC on April 5 on the F1 YouTube, Twitch, and Facebook channels, and you’ll be able to watch it here when it goes live.