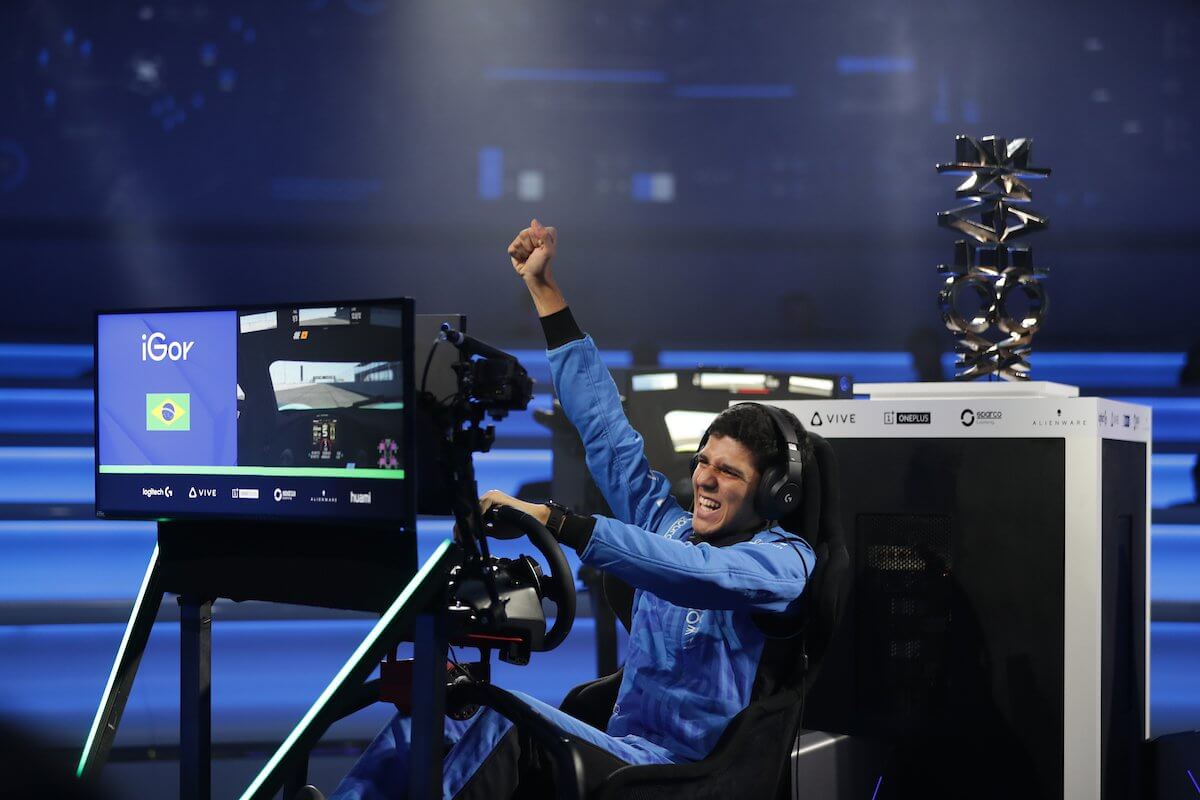 After a short and dominant 12-lap sprint in rFactor 2, Igor Fraga has added another win to his resume. The 20-year-old Brazilian has just won the grand prize of the McLaren Shadow Project.

It was a gruelling week of multi-disciplinary testing for Fraga. He started it at McLaren’s Technology Centre in Woking, with human performance evaluations and seat-time in the simulator on Monday. Day two upped the ante with the seven finalists taking to the Dunsfold Autodrome — otherwise known as the Top Gear Test Track — in McLaren 570S GT4 race cars. Throughout both days, McLarens Applied Technologies were recording reams of data on various aspects of the drivers’ abilities.

The gaming kicked off yesterday with a whirlwind tour across five different titles. Despite early talk of him being the favorite to win, Fraga’s chances didn’t look so hot in race one. Damage to his open-wheeler around Indy’s oval pushed him down the rankings to 6th in the iRacing-powered opener. He made up for it in race two however, where a second-place finish in Forza Motorsport 7’s P1 GTR put him back in contention.

It was the strength of his real-world results that catapulted Fraga to the lead by the end of Wednesday. That should come as no surprise to regular readers: Fraga’s real-world racing accomplishments, including winning Brazil’s Formula 3, where a good chunk of what made him such a force in the FIA-certified Gran Turismo Sport Championships. There, he won the Nations Cup title.

As if to prove the Shadow Project’s goal — that a winner must be good in multiple disciplines — Fraga repeated that dominant GT Sport victory today, in a final for-it-all race around Sebring in rFactor 2. It could’ve been dicey for the Brazilian, as he had earned a DNF in the title the day before. Instead, he put in a flawless performance in the 720S GT3, finishing over 7 seconds clear of second place Nuno Pinto.

“There’s a lot of effort that I have been putting on, said an elated Fraga on his victory. “It’s my entire life dedicating to motorsport. It cannot be better, so I am very happy,” he said after hoisting the trophy, presented by World’s Fastest Gamer Rudy Van Buren, over his head.

It looks like Fraga will quickly need a bigger trophy case at this rate. Congratulations Igor!