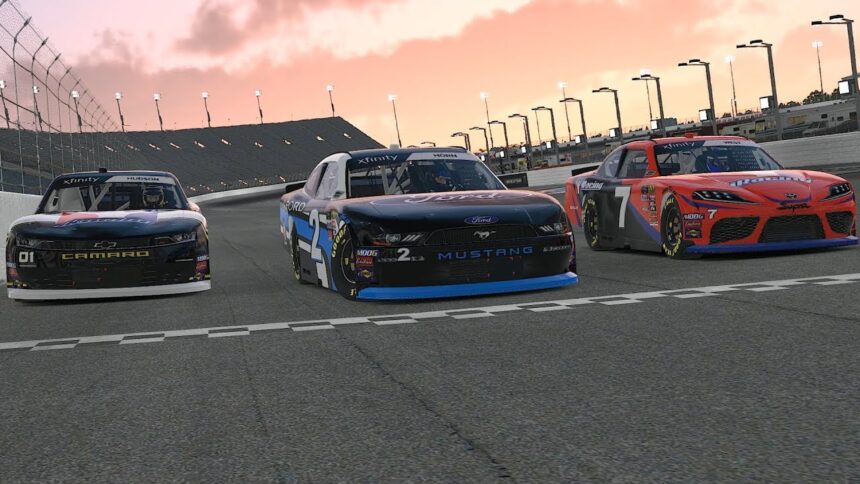 Next month’s Season 4 build of PC racing sim iRacing is looking to pack quite a punch.

Last week, the iRacing team confirmed Audi’s capable RS3 LMS TCR would debut next month. The turbocharged front-wheel drive touring car will debut alongside the Michelin Pilot Challenge Series. With up to 350hp and a top speed of 165mph, it will be a popular choice with the community.

As alluded to in the title, the Audi will be joined by three other racing machines. Hailing from the NASCAR Xfinity series, say hello to the Xfinity Chevrolet Camaro, Ford Mustang, and Toyota Supra.

The newer models will set players back $11.95 a piece, but things get a little more interesting. Members who purchased the existing Xfinity cars within the past 24 months will receive the updated cars for free. Moreover, members that purchased the cars prior to the past two years will receive a further $5 in credit.

As for the older models — the Camaro, Camry, and Mustang — all members will receive them for free. If that weren’t enough, it’s also pointed out that the Kia Optima Touring Car, currently a paid model, will also become free as part of the base content.

Stay tuned for more on iRacing Season 4 as it’s available.

Gaming 20 Jul 9 by Andrew Evans
A patent filed by Sony Interactive Entertainment earlier this year suggests that all previous PlayStation games might become available via a new, unnamed service on PlayStation 5. The Japan Platform…

Gran Turismo Sport 384 Jul 6 by Andrew Evans
GT Sport has flipped its 2020 yearbook into a new week, and that means it’s time for a new set of three Daily Races. The mix is the typical spread…