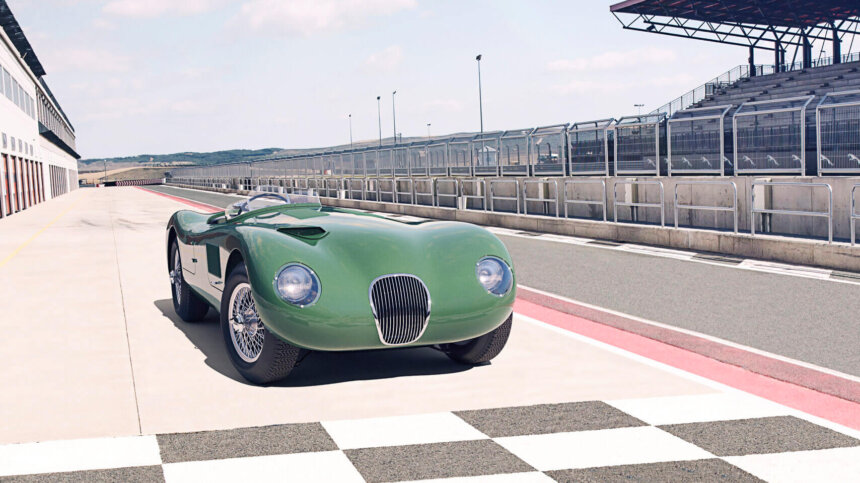 Jaguar is set to create another “continuation” model, this time of the Le Mans-winning C-Type, and has launched an online configurator for potential customers to create their perfect specification.

The Jaguar brand does have some incredible history, and it’s leaned on that heritage in recent years. Courtesy of a specialist historic branch within the company, Jaguar Classic Works, it has brought some old names back for the modern era.

With the success of that project, Jaguar followed up by building the nine missing 1957 XKSS models, with the originals destroyed in a fire at the Browns Lane factory. The sister car, the D-Type racing model, was the subject of its own Continuation run in 2018, with Jaguar building 25 cars to fulfill the original 100-car brief.

Although not missing any vehicles, the C-Type will become the fourth historic Jaguar to receive a short Continuation production run. Jaguar Classic Works will make eight cars to celebrate the 70th anniversary of the C-Type, and its win at the 24 Hours of Le Mans — the brand’s first Le Mans victory.

Unlike the other Continuation cars, the C-Type will have a mild change in specification. The original production model, also known as the XK120-C, used XK120 running gear, with a twin-carbed, 3.4-liter straight six good for 200hp. However the vehicle which later won the 1953 running of the 24 Hours of Le Mans used an upgraded triple-carb engine, producing around 220hp, and — crucially — disc brakes.

Jaguar has created a special configurator for the C-Type Continuation, allowing prospective customers to build their vehicle virtual. There’s a choice of 12 exterior colors, eight interior colors, roundels and badging for you to pick through — we’ve gone for metallic bronze with a red interior.

As for pricing, well, you’re likely going to need a lot of spare cash. Jaguar hasn’t revealed an official price, but we wouldn’t expect even $1m to secure you one of the eight examples.

Jaguar
11 Comments Discuss this post in our forums...
Test Your Badge Knowledge With Our Car Logo Quiz