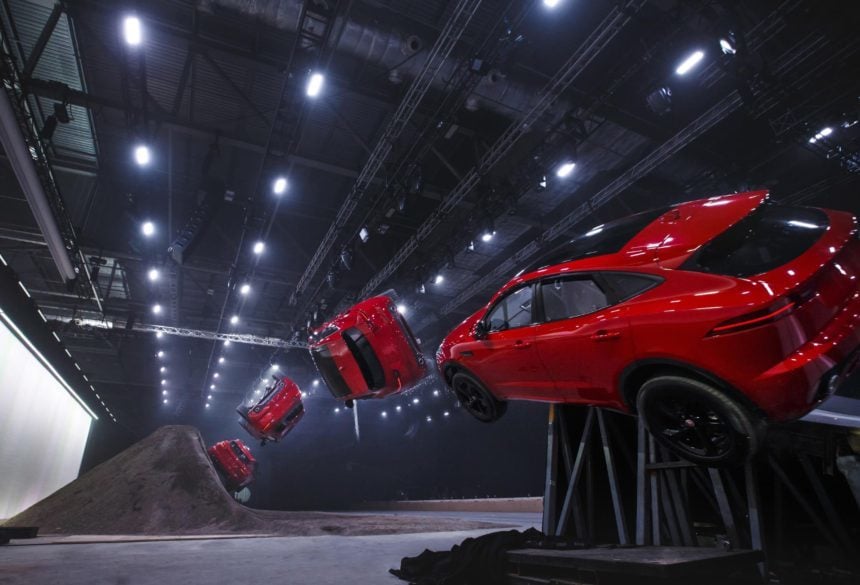 Usually when a car manufacturer launches a new car, it whips off some symbolic covers to reveal the metal beneath. Not Jaguar. Jaguar literally launches its cars.

In taking the wraps off its new E-Pace, Jaguar decided to create a show-stopping stunt. Terry Grant, the driver responsible for the F-Pace’s loop-the-loop, took the wheel for a stunning barrel roll.

The E-Pace became a record-breaker before it was even revealed, leaping and rolling for more than 50 feet.

Stunts aside, what of the car itself?

The E-Pace is the new junior crossover and sits below the F-Pace in Jaguar’s range. Despite the family links, designer Ian Callum says that Jaguar intends the E-Pace to look more like the F-Type than the F-Pace.

Jaguar is pitching E-Pace as the compact SUV with looks and go of a sports car. That certainly applies to the top-spec 296hp model, which delivers a 0-60mph sprint in 5.9 seconds. However, not all of the range is quite so sprightly, with other engines including 148hp-236hp diesels, and a 246hp petrol. All are the all-aluminum, two-liter Ingenium power units.

A nine-speed automatic ZF transmission is available as standard, and customers can specify the lower-power diesel cars with a six-speed manual too. 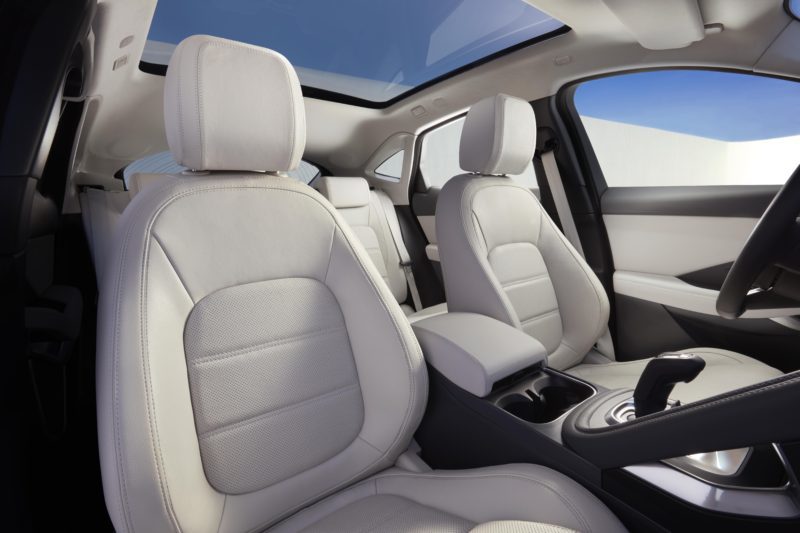 The Q3 rival delivers on interior space though. E-Pace offers 577 liters of boot space with the rear seats up — among the biggest in the sector — and there’s five proper adult-sized seats too. A gesture-operated tailgate aids with easy access.

Connectivity is a key word in the E-Pace too. Four 12V charging points, five USB connections and a 4G Wi-Fi hotspot for up to eight devices means there should be few squabbles about smartphones.

Also available is the Jaguar Activity Key. This robust, wearable RFID transponder allows you to lock or unlock the E-Pace without a key. This means you can simply leave the car’s keys inside and participate in extreme sports without fear of losing them. Activity Key disables any keys left in the car while in use. 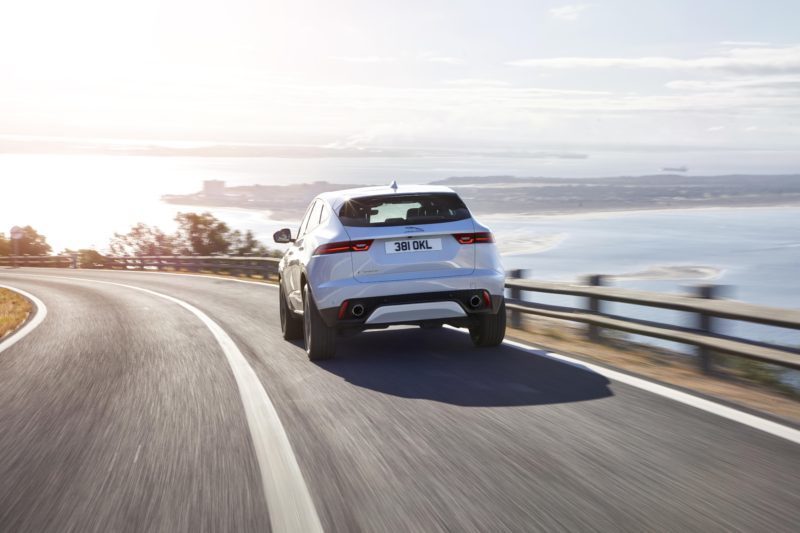 Jaguar has used a mix of aluminum, composites and steel to achieve a stiff but lightweight structure. The hood, fenders, roof and tailgate are aluminum, saving nearly 100lbs compared to conventional steel. The side panels use thin, high-formability steel, while the instrument panel is a magnesium casting.

To further save weight and aid rigidity, the E-Pace also uses a novel riveting and bonding process, and the car is laser welded too. 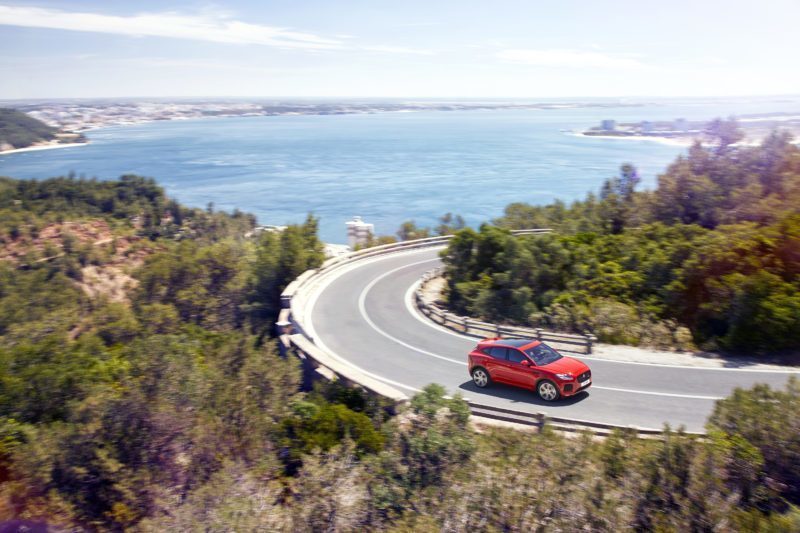 The development engineers put the car to the test in some of the world’s most challenging conditions. The E-Pace has survived fording remote rivers in China, the chill of the Arctic Circle and the deserts of the Middle East and North Africa — along with the rigors of the Nürburgring and the high-speed Nardo oval.

To help keep you going in harsh environments, Jaguar fits all-surface progress control (ASPC). This system is a low-speed cruise control for low-traction surfaces. With it engaged, E-Pace will maintain a steady speed up to 18 mph on ice, mud and wet grass, leaving you free to manage steering alone.

Jaguar
GT Sport Circuits Quiz: Can You Spot the DLC Track From These Detail Shots?