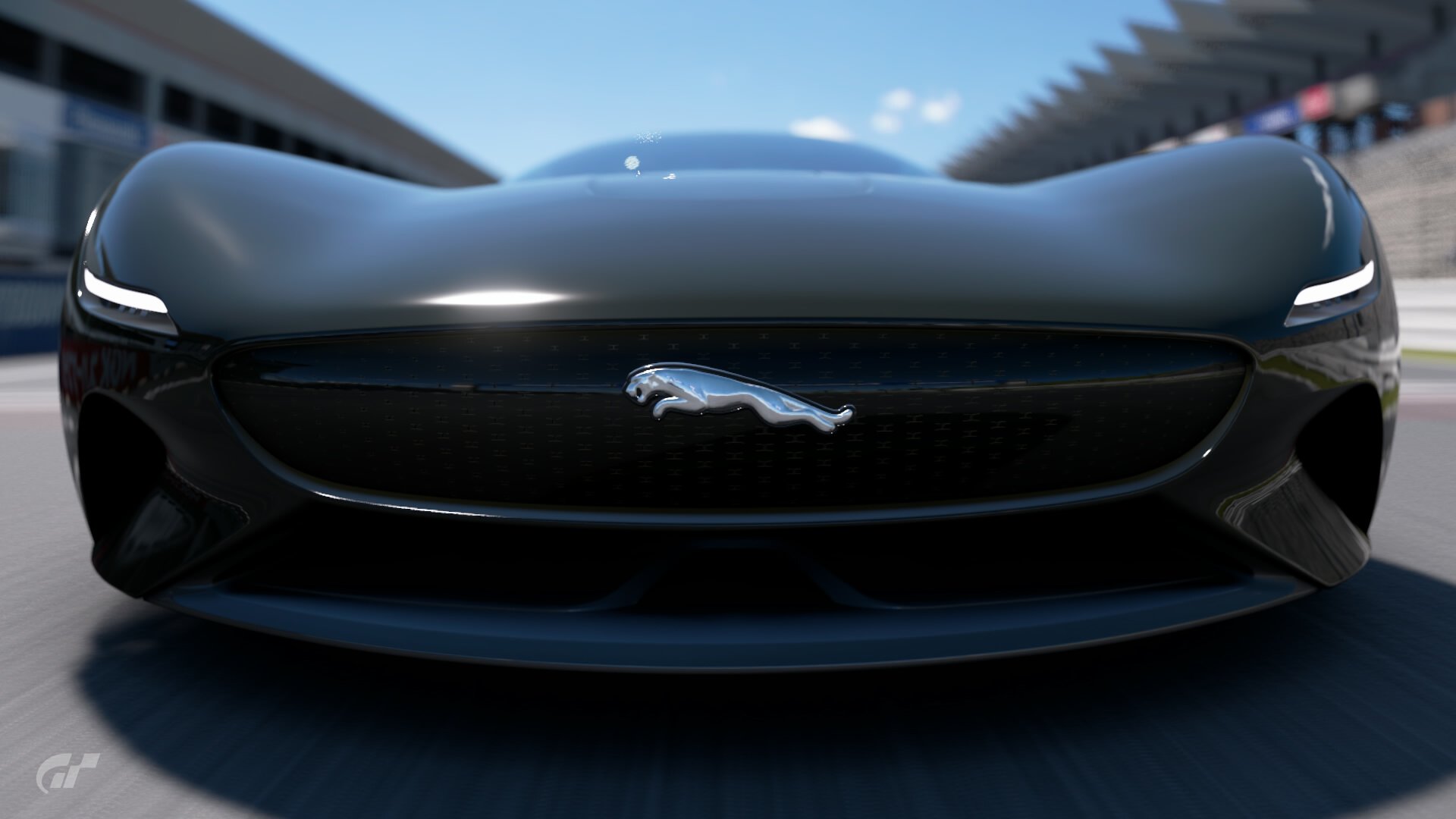 Jaguar has revealed on social media that it will be unveiling a new Vision Gran Turismo car this week. It’ll take the virtual covers off the car in a special live event on Facebook this coming Wednesday, December 16.

The car would be an unusual second Vision GT car from the brand. Jaguar revealed the first at the World Tour Tokyo live event back in October 2019, and GTPlanet was on hand to win the car’s first ever public race as site founder Jordan Greer teamed up with finalist Kin Long Li to take the victory.

When we spoke to Jaguar Land Rover’s director of design Julian Thomson at the event, he said he wanted to do another one. Now it looks like his wish has come true:

Re-think everything you know about electric gaming performance. The next chapter in our @TheGranTurismo story is coming.

Set your Facebook reminder for the World Premiere: https://t.co/GAgCs9Xyef pic.twitter.com/cKZspuUUlv

We don’t know that much about the new car, and the image Jaguar has chosen to tease us is of little help either — with the car in the far distance of what looks like the Hunaudieres straight at Le Mans. One thing we can probably count on though is that it’ll be a pure electric car.

That’s largely given away by the wording of the social media posts, but also in keeping with the Vision GT project itself and Jaguar’s previous entry. The “Vision Gran Turismo Coupe” was a battery electric vehicle (BEV), packing some 1,005hp from a three-motor set-up.

For now, Jaguar’s remaining quiet on exactly what form the new car will take, but we’ll find out more when the official unveiling takes place at 1800 UTC on December 16.

That’s likely when we’ll also find out what game the second Jaguar VGT is destined for. Gran Turismo fans are still waiting on the Lambo V12 VGT, unveiled at last year’s World Finals, and a Porsche Vision GT. With Gran Turismo 7 just around the corner, they may not make it to Gran Turismo Sport at all…

Andrew Evans · Dec 14, 2020· Comments
Michelin, official Tire Supplier and Technical Partner of Gran Turismo, is staging a special online competition for players in south-east Asia and Oceania, with an all-expenses paid experience at Yas Marina, Abu Dhabi, for the winner.

Andrew Evans · Dec 14, 2020· Comments
A new set of Gran Turismo Sport Daily Races is now available, with the unannounced change to a four-weekly cycle now seemingly the standard from this point forward.

Andrew Evans · Dec 14, 2020· Comments
Following on four weeks from the last set, a new set of Daily Races is now available in Gran Turismo Sport as players get used to the new scheduling for the 2017 title.

Andrew Evans · Dec 14, 2020· Comments
For the first time in nearly a month, there’s a new set of Daily Races in Gran Turismo Sport for players to enjoy for the foreseeable future.

Andrew Evans · Dec 14, 2020· Comments
It’s the inevitable fate of any game that, once it is succeeded, it will eventually wither away as support is withdrawn. While this process usually takes months at a minimum, GT Sport seems as if it could be sidelined in record time.

Andrew Evans · Dec 14, 2020· Comments
Despite being superseded by Gran Turismo 7, GT Sport’s Daily Races seem to be continuing on their weekly cycle — for the time being at least.

Andrew Evans · Dec 14, 2020· Comments
Although Gran Turismo 7 is now out, GT Sport shows no signs of slowing down any time soon, with a new set of Daily Races now available to players.