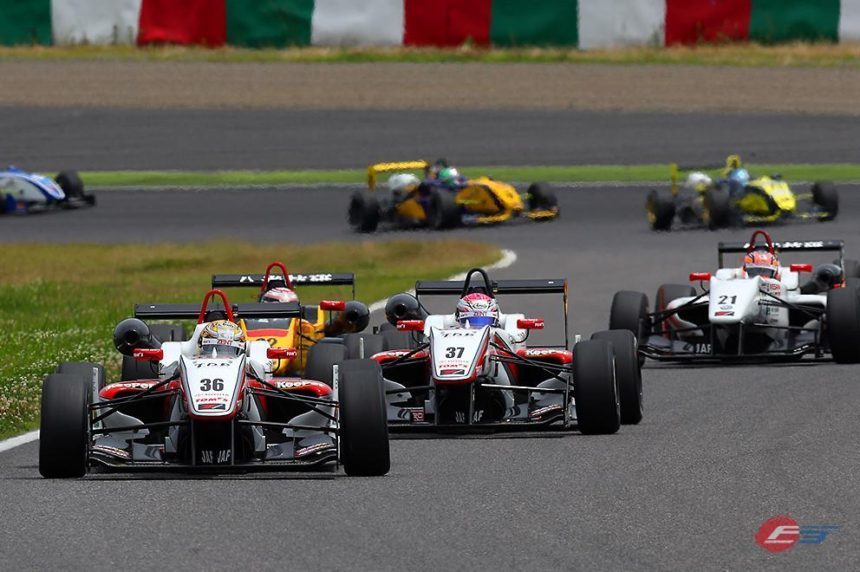 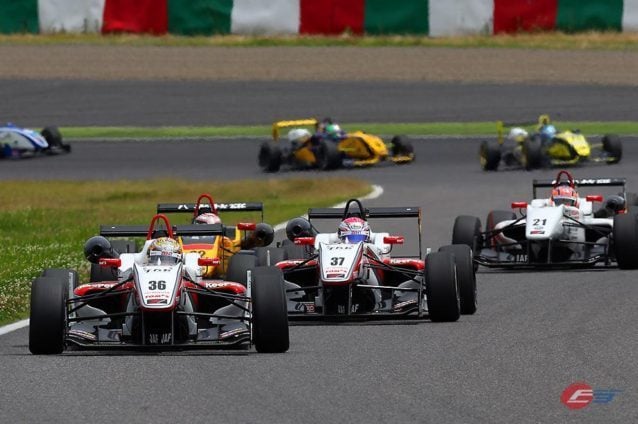 The battle for All-Japan Formula 3 Championship title is heating up. After a successful 6th round at Okayama International Circuit during which Jann managed to grab his first victory, an ill-fated collision penalty handed out at the 7th round at Suzuka slightly hurt his successful progress.

Everything had seemed to be running smoothly before the accident occurred. Jann (car #22) qualified 3rd by setting a lap of 1’53.004, less than half of a second behind leading TOM’S driver Kenta Yamashita (#36). In the actual race Jann fought fiercely, not allowing Yamashita to disappear from his sight. Yamashita recalled:

”After escaping at the start I thought I would lead home while protecting my tires, but actually all I could do was devote myself to defending from my closest pursuer.”

Upon entering the 130R corner on lap 9, Jann collided with Yamashita. According to the official report, Yamashita’s right-hand rear tire made contact with Jann’s left-hand front tire, launching Yamashita into the air and eventually forcing retirement due to damaged suspension. Jann succeeded in completing the race, finishing 1st. However, happiness didn’t last for too long as Jann was subsequently awarded with 40 sec-penalty for a ‘dangerous drive’, demoting him to 10th place.

Fortunately, the following eighth round saw better results. The battle for pole position was once again very intense, having 6 drivers competing for the grid-leading position within one second. Setting a lap of 1’53.031, Jann secured 4th place 0.717 seconds behind Yamashita’s team TOM’S #36 machine. On lap 11 Jann used one of the straightaways to overtake his teammate Katsumasa Chiyo (#23), and remained in that position for the rest of the 17-lap race.

In spite of the unfortunate occurrence of Round 7 at Suzuka, the B-Max team still holds the lead with 6 points over TOM’S as a result of lower finishes for both TOM’S drivers at each of the two rounds at Suzuka. Jann is currently positioned 2nd, with only 10 points separating him from current leader Kenta Yamashita.

Next duo of rounds will kick off on July 16 & 17 at Fuji Speedway once more. See you then!

Formula 3Jann MardenboroughSuzuka
The original comments for this post are no longer available.
GTPlanet Publishes “Ultimate Guide” for Forza Horizon 4