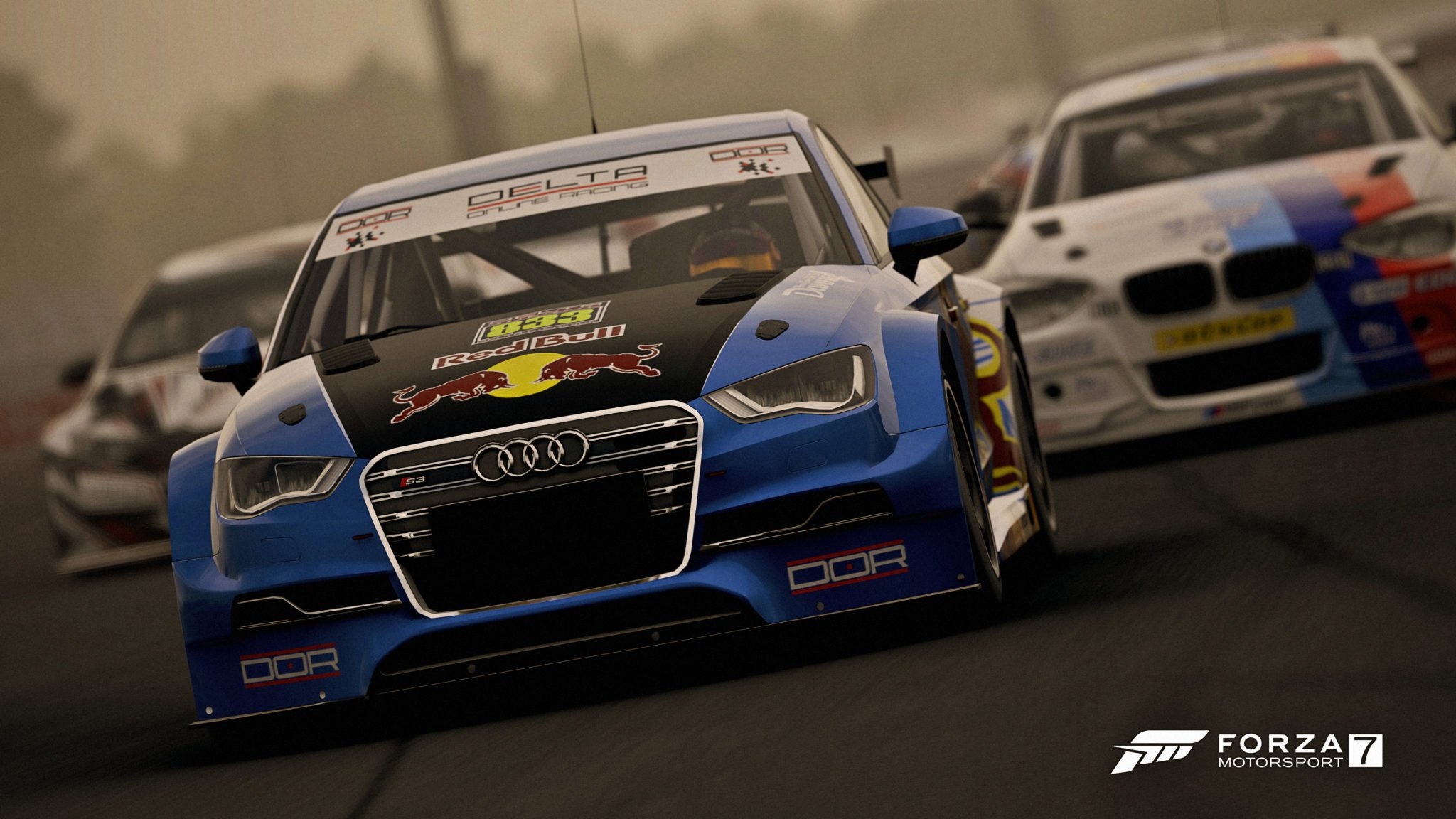 The next content update for Forza Motorsport 7 will see the arrival of competitive multiplayer leagues on December 5. In the latest blog post on the official website, Turn 10 has shared details on how Leagues will work.

Each Series will have specific rules and will use a variety of vehicles. These will range from races of specific car makes and models, to division or class-based events. 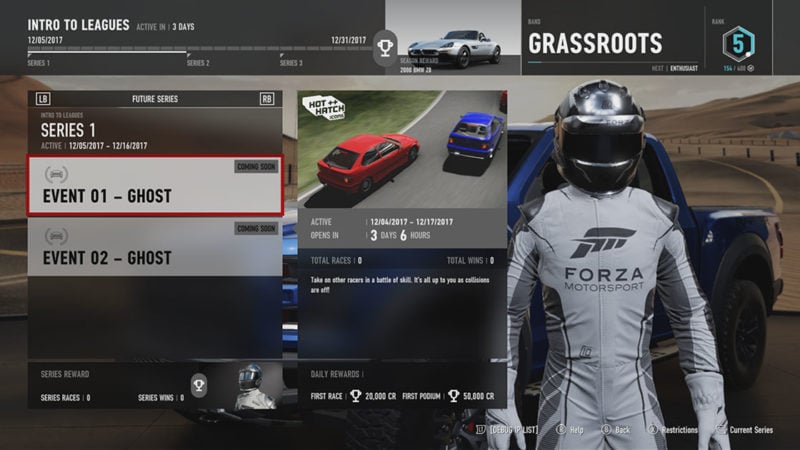 Similar to the system in Forza Motorsport 6, Leagues in FM7 will utilize a ranking system to group players into certain skill bands. These five bands range from “Grassroots” for beginners, up to “Pinnacle” for the fastest drivers.

By earning League Points in Series races, players can be promoted or demoted between bands. Players will be able to keep tabs on their skill band and current rank on the main Leagues menu screen.

According to T10, players will start at Rank 5 in each band and progress through to Rank 1. Players who reach Rank 1 in their bands can earn promotion if they score enough League Points in their ranks.

The performance of players in events will depend on whether they move up or down ranks. During league races, players will be scored across three key areas: Finishing Position, Starting Position and Opponent Skill.

The number of players in a lobby will affect how points are awarded for starting and finishing positions. If players leave a race, those that finish will receive points based on how many players were present at the start.

To try and deter players from leaving races, last place points will be given to those that leave early.

Opponent Skill will see points awarded based on a player’s “Trueskill” rating. Trueskill is a rating system that operates behind the scenes in order to rank the skill of players.

Players with a lower Trueskill rating compared to their opponents will receive more points based on higher finishing positions than if their skill is equivalent or higher than the lobby average.

By splitting each band into multiple ranks, this will allow for a greater population of players in each skill band. It will also allow players to adjust to their appropriate skill level.

Matchmaking in leagues will group players of a similar band and rank. Occasionally, players from adjacent ranks will fill gaps in matchmaking.

As with FM6, players will be rewarded for their participation in league races. Extra credits will make up the bulk of rewards; from daily login gifts to increasing bonuses for podium finishes and rank promotion.

As well as credits, there will also be other exclusive rewards up for grabs, including cars and driver gear outfits.

For the inaugural season, there will be a Gingerbread Man and New Years driver gear as a reward. There will also be a 1954 Jaguar XK120 SE and 2000 BMW Z8 awarded to players who are after exclusive cars.

The first League season, appropriately titled “Intro to Leagues”, will start with a pair of non-contact Ghost Series races in the Hot Hatch and Hypercar categories. For Series 2, there will be a Sports GT Ghost event and an Exotic GT Simulation event.

Want to talk about strategy for the upcoming Leagues? Be sure to head to the FM7 sub-forum for further discussion.