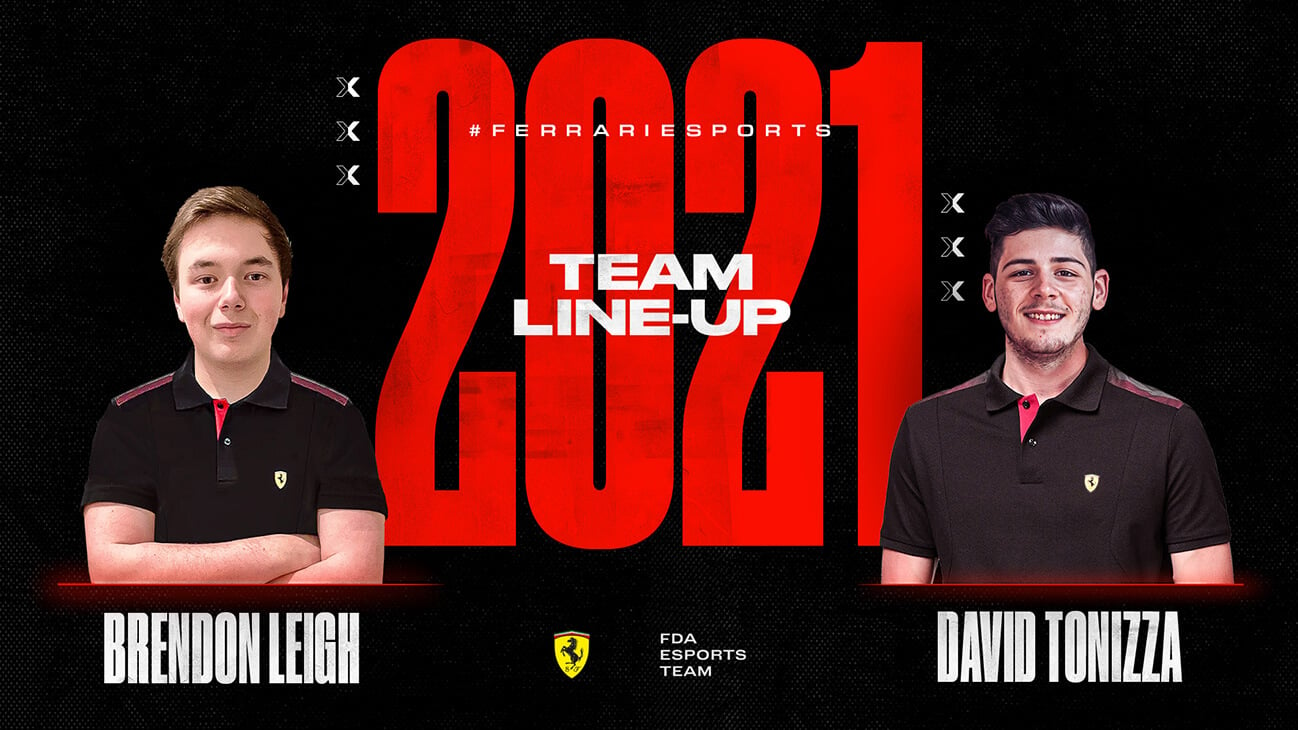 Ferrari has announced that it has signed one of the biggest names in the F1 Esports scene: two-time world champion Brendon Leigh.

Leigh, who’s driven for Mercedes across the entire history of F1 Esports, joins the Ferrari Driver Academy Esports team off the back of a difficult season for both. The English driver who won the 2017 and 2018 titles didn’t score a win in 2020, and indeed only headed to the podium twice all season. However he still placed sixth in the final rankings, five points and one place ahead of Ferrari’s top driver David Tonizza.

FDA didn’t have the best of seasons either. Tonizza, the 2019 champion, managed two victories but had a year beset by issues, including technical problems. During the Canadian Grand Prix, eventual champion Jarno Opmeer drove Tonizza straight into a wall and a barrel roll, as the Ferrari man simply didn’t appear on the Dutch driver’s screen.

Along with Leigh, Ferrari has opted to retain Tonizza for 2021. That will be one of the strongest teams in F1 Esports history, with three driver titles between the two, although FDA will also need to select a third driver from the Pro Draft later this year. Ferrari will naturally hope this driver line-up will deliver it a first manufacturer title too.

“My excitement in joining the FDA Esports F1 team is off the scale. I’ve only just signed, but it’s already clear to me that their passion and commitment to winning mirrors my own.

“I get a sense of the unity within the team which makes it one big race-winning family. I can’t wait to get to work with the team and sport the red Ferrari colours.”

The move currently leaves Enzo Bonito without a seat for 2021. Italian driver Bonito only joined Ferrari last season, from McLaren, but finished one spot below Leigh’s Mercedes team-mate Bono Huis, in 13th.

Andrew Evans · Jan 19, 2021· Comments
The United Kingdom’s James Baldwin has taken the gold medal in the esports discipline at the FIA Motorsport Games, to give the country its first ever category gold.

Andrew Evans · Jan 19, 2021· Comments
The FIA Motorsport Games will crown its esports champion today, with the semi-finals and final taking place live from the Mistral Hall at Circuit Paul Ricard.

Andrew Evans · Jan 19, 2021· Comments
The world’s best virtual racers will be gunning for the medals in the FIA Motorsport Games Esports event over the next two days, starting with the quarter-finals on Friday October 28.

Andrew Evans · Jan 19, 2021· Comments
After six months of racing, the final six competitors in the 2022 Ferrari Velas Esports Series have gathered in Maranello for the Grand Final, which will broadcast on Sunday October 2.

Andrew Evans · Jan 19, 2021· Comments
The 2022 Ferrari Velas Esports Championship is now down to its final six drivers after two evenings of racing in the Regional Finals.

Andrew Evans · Jan 19, 2021· Comments
Half of the names heading to the 2022 Ferrari Velas Esports Championship Grand Final are now locked in, and today’s North American Regional Final is set to decide the remaining racers.