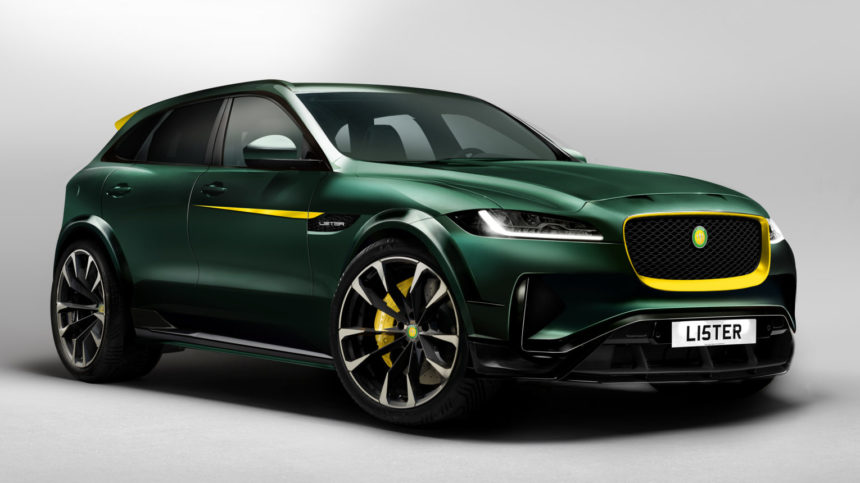 There’s a new member of the 200mph club on the way, and it’s not quite what you’d expect.

It’s the second new car from the rejuvenated Lister, and the company’s first SUV. Lister calls it the “LFP”, and it uses the Jaguar F-PACE as a basis.

Although we’ve got some rather nice exterior and interior shots of the car, a lot of what’s underneath the LFP remains a secret for now. We do know that the car has a lot more power and a lot less weight.

The former comes courtesy of a significant engine upgrade. Lister’s already set to produce a 666hp LFT, with first deliveries in October, and the LFP is likely to use the same power unit. That’s probably a variant of the supercharged Jaguar Land Rover 5.0 V8. 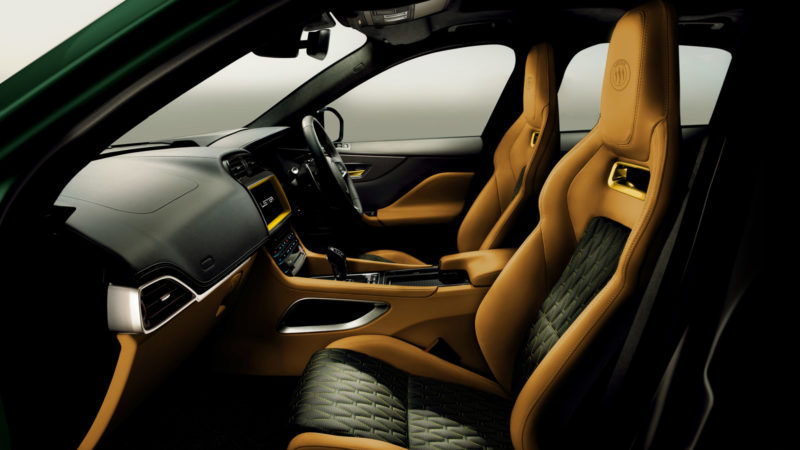 Combined with a lot of carbon fiber, that slashes the 0-60mph time from the F-PACE SVR’s 4.1s to around 3.5s. Top speed moves up above 200mph, taking the Lister past the Lamborghini Urus in both departments.

Although Lister’s yet to reveal the final specifications of the LFP, it’s already opened up the order books. There’s no word on production numbers yet, but if you want the world’s fastest SUV you’ll need to part with around $180,000. That rather seems like a bargain for a 200mph car, although it’s twice the price of F-PACE SVR.

“I am delighted, overwhelmed and gratified by the huge level of interest, excitement and orders our LFT-666 supercar has already generated in just a few months. Based on early indications, our new LFP promises to repeat the success of the LFT-666, and I really can’t wait to reveal the world’s fastest SUV quite soon.”

Lister
61 Comments Discuss this post in our forums...
GT Sport Circuits Quiz: Can You Spot the DLC Track From These Detail Shots?

Car Culture 58 Feb 18 by Andrew Evans
Even for people who aren’t fans of F1, Netflix’s F1: Drive to Survive was a must-watch in 2019. The no holds barred documentary of the 2018 season saw Box to…