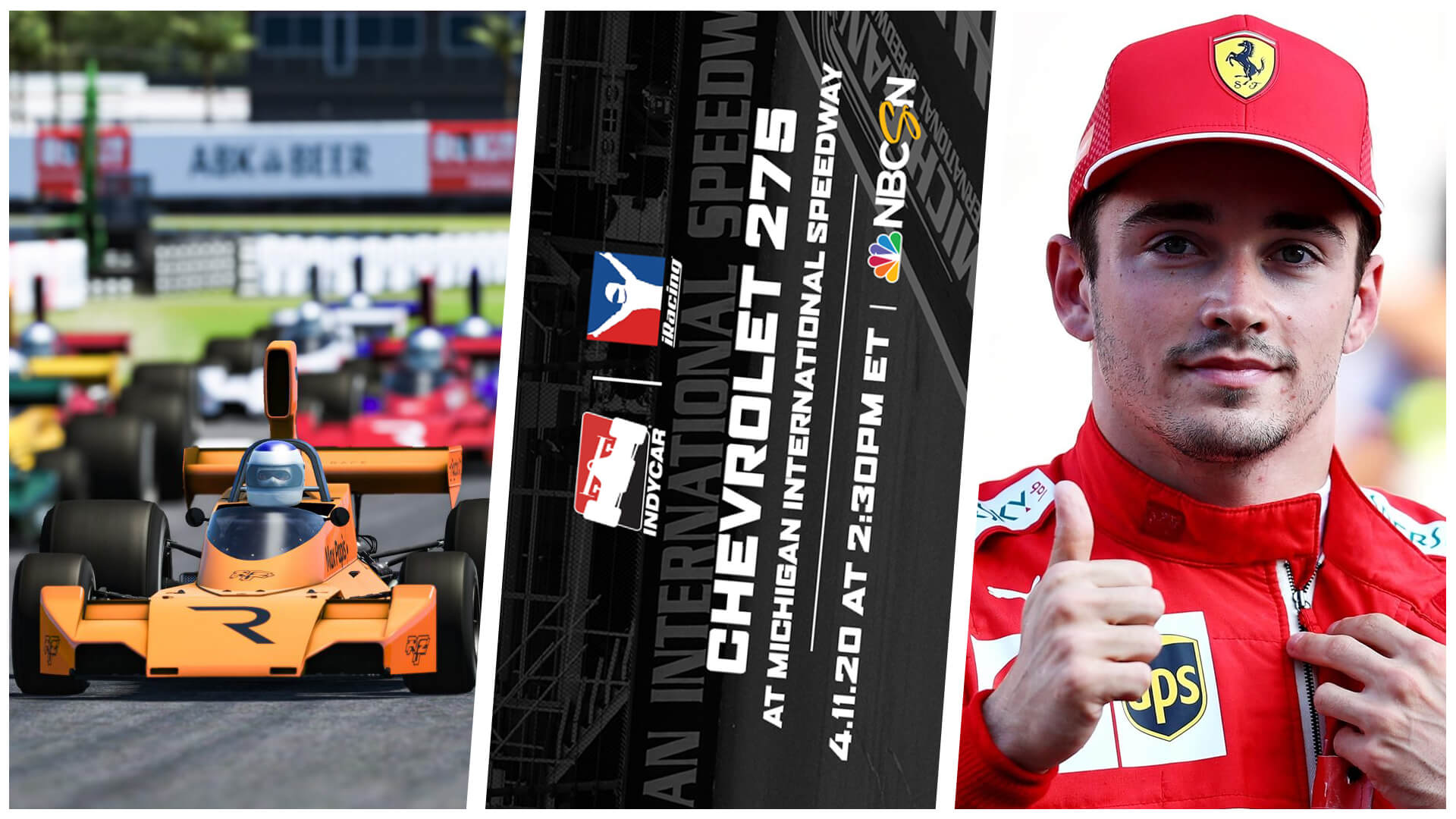 There’s no end in sight yet to the pause in real world racing, so virtual motorsport is again taking its place.

While there’s a few changes to the usual schedule this weekend — for example the NASCAR Pro Invitational has a weekend off — there’s still plenty to fill your screens. The usual star-studded roster of drivers, from the real world, esports, and streaming community, are still racing each other at a number of different events this weekend.

Here’s our guide to what’s going on and how to watch it.

The Race’s event on rFactor 2 returns for another round on Saturday, with a slight change in format. Starting this week, it becomes a championship, with the next three Saturdays counting towards an overall title. The top pro driver will win $30,000 for a charity of their choice, while the top sim racer gets an F1 simulator experience later in the year.

There’s another double-header in the Legends Trophy too, with another F1 world champion joining in for his esports debut. Canadian Jacques Villeneuve will join former BAR team-mate Jenson Button on the grid for this week’s races. The racing starts at 1600 UTC on April 11, and you can watch it below.

Race for the World

Another event penciled in for Saturday is a new initiative from a group of current F1 drivers. Charles Leclerc and George Russell, who made their esports debuts last week, join Alex Albon, Nicholas Latifi, Antonio Giovinazzi and Lando Norris for a charity series in aid of the WHO’s Solidarity Response Fund, with a goal to raise $100,000.

The series will use F1 2019, and run six races in total with two each on April 11, April 14 and April 17 — with each race a 25% distance event at a randomly selected F1 track. It’s a grid packed with other pro drivers too, including Leclerc’s younger brother Arthur, Super Formula champion Nick Cassidy, and F2 driver Christian Lundgaard.

Racing starts at 1700 UTC on Saturday. There’s no single official stream, with the drivers all broadcasting on their individual Twitch channels.

Also running on Saturday, and getting underway at 1830 UTC, is the IndyCar iRacing Challenge. This week, the action moves to the virtual Michigan International Speedway, and that means the series is visiting an oval for the first time.

Two more drivers make their debut for the Chevrolet 275 at MIS, and it’s fair to say they’re legendary names. Ryan Hunter-Reay, the 2012 champion and 2014 Indy 500 winner, will race for Andretti Autosport, while Dale Earnhardt Jr. will take the wheel of the #3 Chevrolet. Again, the event is live on NBC Sports, but unlike last weekend there’s a live stream — which you can catch below.

After the busy last few weeks, some of the regular events are on a break at the moment. The NASCAR Pro Invitational will return next weekend, while other series, like the F1 Virtual Grand Prix and Veloce Esports Pro Series, are yet to announce plans for this weekend.

We’ll add more to this article as we hear about them!