As with the 2020 event, the 2021 World Series is organized by some of GT Sport‘s best drivers for players who have reached the top A+ ranking in the game. That made for high quality, high speed racing last year, and 2021 should provide more of the same.

Today’s race is the first of six Selection Events which will determine which 12 drivers will advance to the World Series itself later this year. Each Selection Event has its own theme, which takes in a wide range of different car classes to give players the chance to qualify, and takes the form of a 12-car race after a hotlap qualifying session. 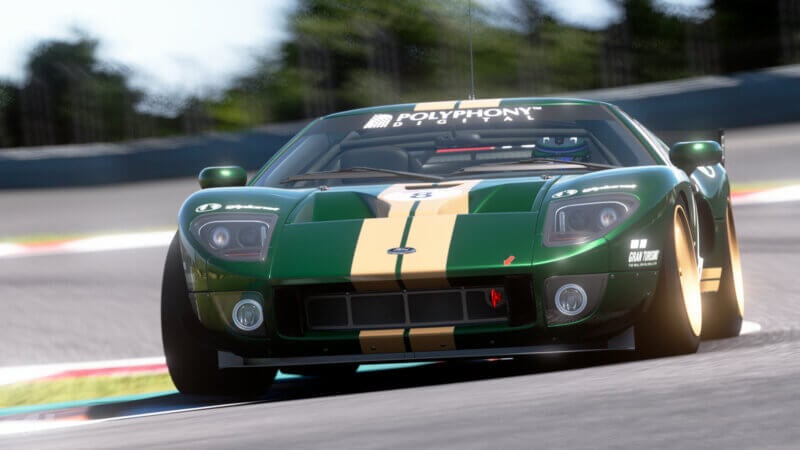 The theme for the first event is GT Nostalgia. It features the Ford GT Gr.3 race car at Fuji Speedway — a call back to the days of Gran Turismo 4 — and you’ll actually get to watch two races this time round. As more than 30 drivers took part in the qualifying hot lap session yesterday, there’ll be a playoff race with the drivers ranked 12th to 23rd for a spot in the main race.

Although different lengths, the two races will use the same format. Unlike regular online GT Sport events, fuel and tire use multipliers are low, at x1 and x4 respectively. That means that the seven-lap playoff race will be a sprint, but those in the 30-lap feature race will almost certainly need to take a pit stop.

Unsurprisingly, the list of drivers who’ve qualified for tonight’s racing reads like a who’s who of esport, with even a couple of World Tour finalists heading to the track. However only two can qualify for the World Series later in the year, and currently Quinten Jehoul and Nicolas Romero have their names penciled in for those spots with a front-row lockout for the Euromaster Esports team.

The race broadcast starts at 1830 UTC today, and you can catch all the action below:

If you fancy trying your hand at the IGTL World Series, there’s another hotlap qualifying session next week, on April 29, with the second Selection Event race on April 30, and more through May and June. All you need to take part is a Driver Rating above 50,000 (A+) and a Sportsmanship Rating of 80 or more (S).