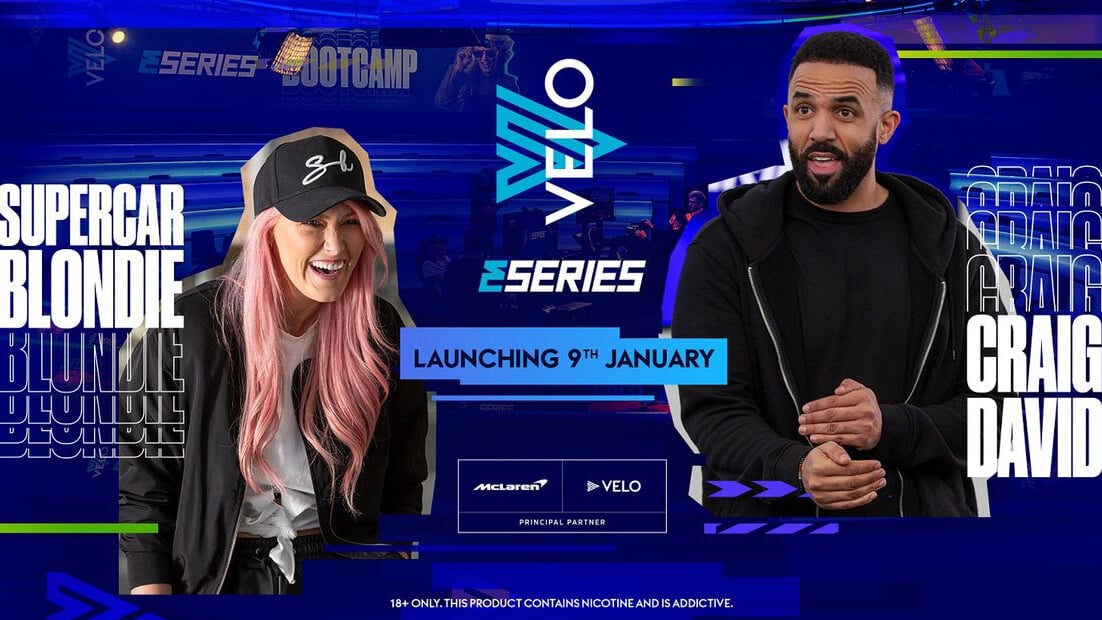 McLaren has launched a new esports racing series that will see celebrity racers take each other on in live virtual competition.

The series is a partnership with McLaren Racing’s sponsor Velo, part of the British American Tobacco (BAT) group of companies. It bears the name “Velo Eseries”, and the first season will run through to the end of April following this weekend’s launch.

Although the format isn’t entirely clear at this point, McLaren promises that each show will see “top celebrities go head-to-head against internet sensations”. As you can see from the image above, one example of this is British singer-songwriter and DJ Craig David facing off with Alexandra Hirschi, better known as Supercar Blondie.

Speaking ahead of the event, David commented:

“Hanging out at McLaren’s HQ was an incredible experience where they properly put me through my paces with F1 training and simulator practice – hopefully I’ll have some major skills going into the virtual race. A huge thank you to all the team there and at Velo for allowing me to be part of this eracing series!”

Other celebrity pairings are unknown at this time, however the event host is also a household name: former Top Gear presenter Rory Reid. He’ll front all four parts of the Velo Eseries in 2021.

In addition to the celebrity racing, Velo promises some fan participation. Revealing the series, the nicotine pouch brand noted that fans could participate and race against celebrities, with prizes on offer that include games consoles and Velo-branded race gear. The logistics of this will no doubt be part of the first broadcast on January 9.

The Velo Eseries launches this weekend, with the David vs. Blondie race set to air on February 6. You’ll be able to watch all of the series live on Velo’s YouTube channel.