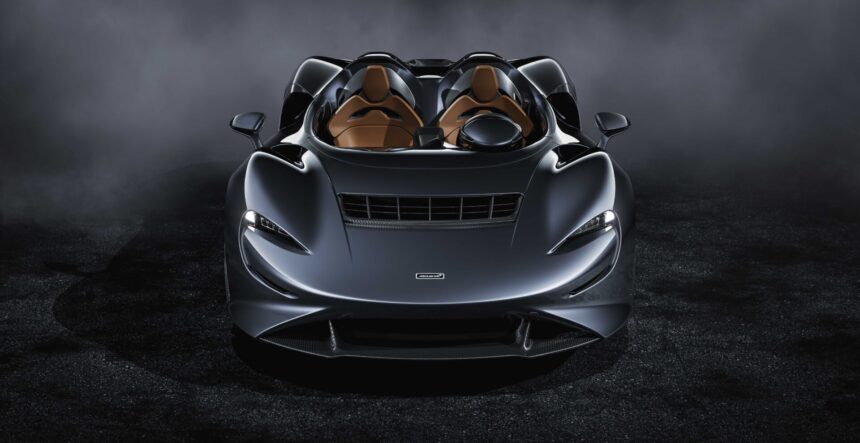 McLaren Automotive has revealed what might be the most extreme car it has ever made. Resurrecting a famous name from its past, the McLaren Elva is an 800hp roadster that’s quicker than the McLaren Senna, but it has no windows, windshield or roof.

The Elva is McLaren’s lightest ever road car. McLaren hasn’t revealed what the final homologated weight for the Elva actually is, but it’ll need to be under 2,750lb dry to meet that claim.

In terms of pure combustion, it’s also the most powerful. The Elva will use the 4.0-liter, twin-turbocharged V8 you’ll find in the Senna and the track-only Senna GTR, but with a mild boost to 804hp courtesy of a new titanium/Inconel exhaust. That all helps the Elva to hit 124mph a couple of tenths before the Senna, at 6.7s. 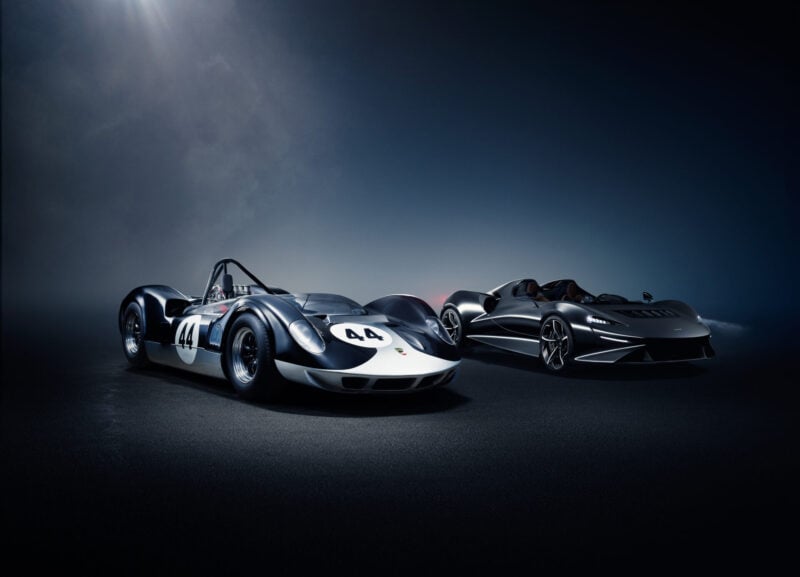 The car’s name is a throwback to the 1960s. Company founder, racing driver Bruce McLaren, designed a car called the McLaren M1A to compete in sports car racing. The M1A featured a 340hp Oldsmobile V8 in an ultra-lightweight, 1,215lb chassis, with moulded resin bodywork.

After the M1A’s first outing, there was too much customer demand for McLaren to handle, so it struck a deal with Elva Cars of Sussex to build replica versions of the car. Through three generations, from M1A to M1C, the McLaren-Elva was a force in privateer racing.

The modern McLaren Elva uses McLaren’s traditional carbon-fiber monocoque. To help keep the weight down, at least by modern standards, it uses all-carbon-fiber bodywork too, including a single-piece front clamshell that harks back to the M1A’s moulded body. Indeed McLaren has made significant efforts to shave weight from the Elva, with titanium caliper pistons reducing the weight of the braking system by 2lb compared to the Senna.

To match the car’s light weight, McLaren has developed a new full active hydraulic suspension system for the Elva. Unique springs and damper valving and new software settings, together with an electro-hydraulic steering system promises to deliver driver engagement and feedback.

In addition, both doors are fully carbon-fiber, as is the rear tonneau in order to reduce weight at height. That covers a storage space, should it be needed, as that front clamshell means the Elva has no traditional McLaren front trunk. 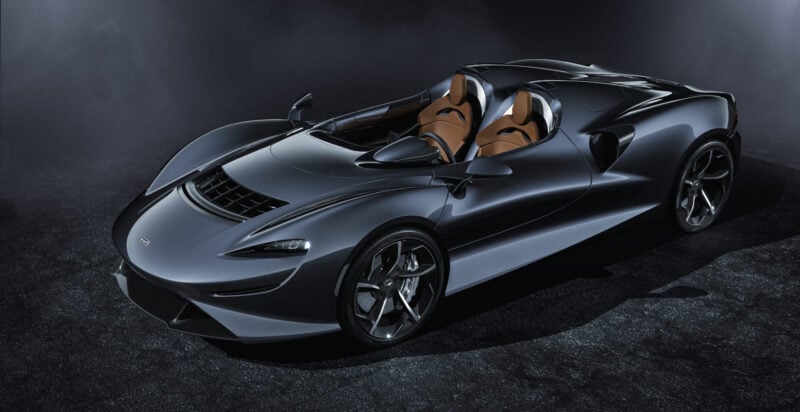 Instead of storage space, McLaren uses the front of the car for an entirely different purpose: AAMS. The Active Air Management System redirects air coming into the front of the car out over a vent in the hood. That sends the air up and over the cabin area, effectively creating a wall of air that replaces the vehicle’s windshield.

With the AAMS system making what McLaren calls ‘a bubble of calm’, the car has no need for a windshield, roof or side windows, so McLaren has dispensed with them entirely to create this roadster body style. The system is inactive at low speeds, and the driver can disable it at higher speeds too. McLaren has designed the rear tonneau to accommodate helmets, which we’d heartily recommend if you choose to disable AAMS.

The Elva’s interior is a little different to what we’re used to seeing from McLaren. Although the start and gearbox buttons are still on the center console — now part of a carbon fiber spar between front and rear — the drive mode selectors are on the steering wheel itself. There’s a new, eight-inch infotainment screen intended to run like a smartphone, with multiple simultaneous applications.

For the seats, McLaren uses a new design of carbon-fiber shell. The seat bases are slightly shorter than usual, to allow Elva occupants some room to stand as they enter or exit the vehicle. There’s a new ‘ultrafabric’ material for the seats, although you can specify anything that McLaren Special Operations (MSO) carries, as usual. 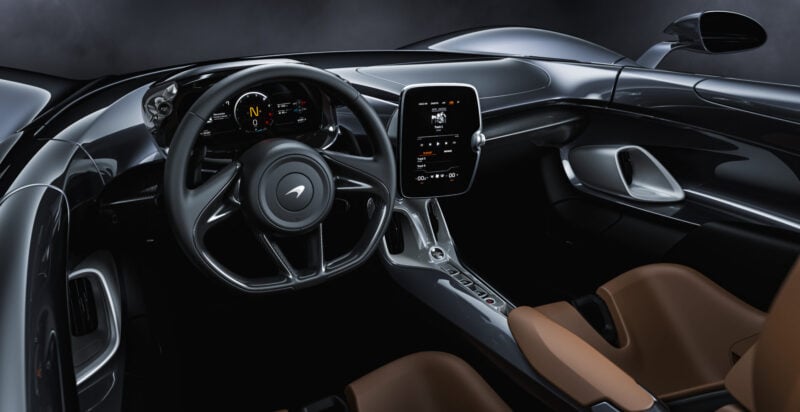 You’ll need to chat to MSO if you want some music in your Elva too. As standard, the car has no audio system — because weight — but the option to have one is there at no additional cost. Other options include a gloss visual carbon-fiber body, which shows off the weave of the panels, and you can specify this with mild tinting too.

Another no-cost option is five-spoke ‘super-lightweight’ forged alloys, instead of the ten-spoke ‘ultra-lightweight’ standard items. You can also switch out the tires for track-focused items and fit — or rather un-delete — a vehicle lift system.

If you can avoid McLaren’s enormous range of possibilities via MSO, the McLaren Elva will set you back a stiff £1,425,000 ($1.8m). You’ll need to be quick too, as McLaren will only build 399 of them, starting next year after the Speedtail production run ends.

“McLaren continues to push the boundaries of supercar and hypercar development in pursuit of outstanding and unparalleled driving experiences for our customers and the McLaren Elva epitomises that pioneering spirit. The McLaren-Elva M1A [Mk1] and its successors are in many ways the true spiritual forerunners of today’s McLarens – superlight, mid-engined cars with the highest levels of performance and dynamic excellence. It’s fitting that the new McLaren Ultimate Series roadster – a uniquely modern car that delivers the ultimate connection between driver, car and the elements and with that new heights of driving pleasure on road or track – acknowledges our rich heritage with the Elva name.”

McLarenMcLaren Elva
37 Comments Discuss this post in our forums...
Can You Beat the Impossible Gran Turismo Quiz?