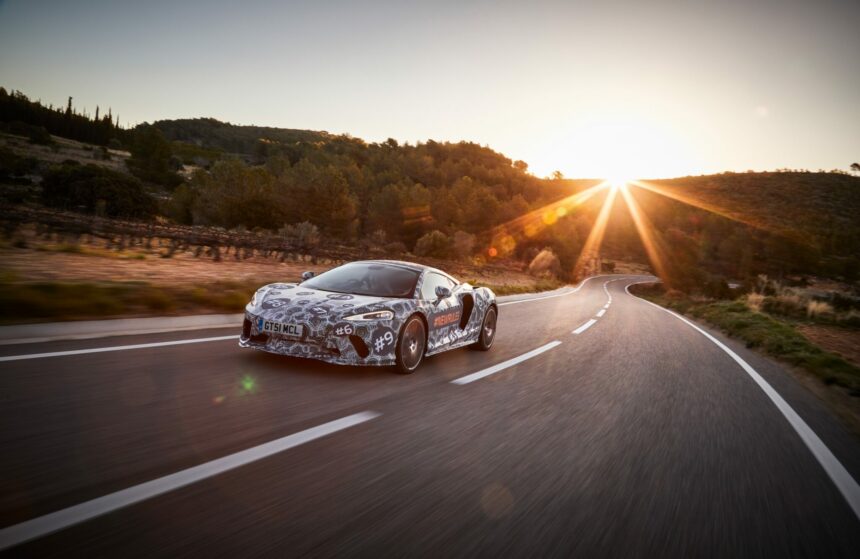 After its initial reveal last month, McLaren has taken the faux body panels off its upcoming grand tourer. The unnamed car is set for a full reveal next month.

With the concealing bits off, we’ve got our clearest look at what McLaren is calling “the most usable mid-engined car yet.” It’s a fairly typical midship shape, with thin, simple headlights up front setting it apart from the rest of the McLaren family. The rear end gets even thinner LED taillights and a pair of traditionally-mounted dual exhaust pipes. There’s no rear-deck exits for the pipes here like the 600LT: the hardcore approach doesn’t gel with the GT’s mission statement. 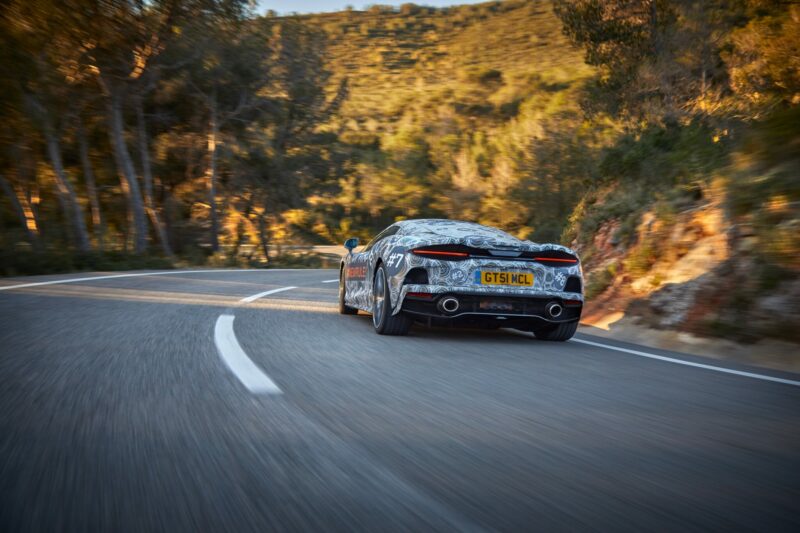 The huge windshield should provide excellent visibility, a traditional McLaren road car strength. It’s something we certainly found to be the case when we drove the 570S.

With the additional panels all gone, McLaren’s development team will be running the Grand Tourer on longer validation tests. This will include a 1,000 mile run from its Barcelona development base all the way back home to the McLaren Technology Centre in Woking, England. It will run this with a driver, passenger, and full set of luggage — just as a good GT should. 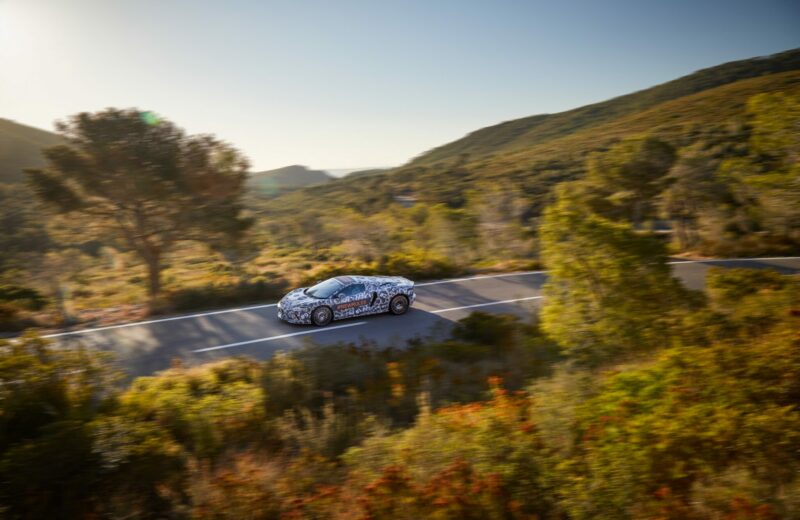 The grand touring model won’t slot into the existing Sport, Super, or Ultimate series, making it a separate, fourth model line. It’s also the fourth model to launch under the marque’s Track25 product offensive, which calls for 18 new models by 2025.

It may be softer, but one thing the McLaren Grand Tourer isn’t is a harbinger of a future crossover. McLaren’s already provided a firm “no” on any plans to join other luxury marques like Aston Martin, Rolls-Royce, and Lamborghini in the high-rider class.

McLaren will start peeling the camouflage off the Grand Tourer April 30. The full reveal — maybe even including a name — will happen May 7.