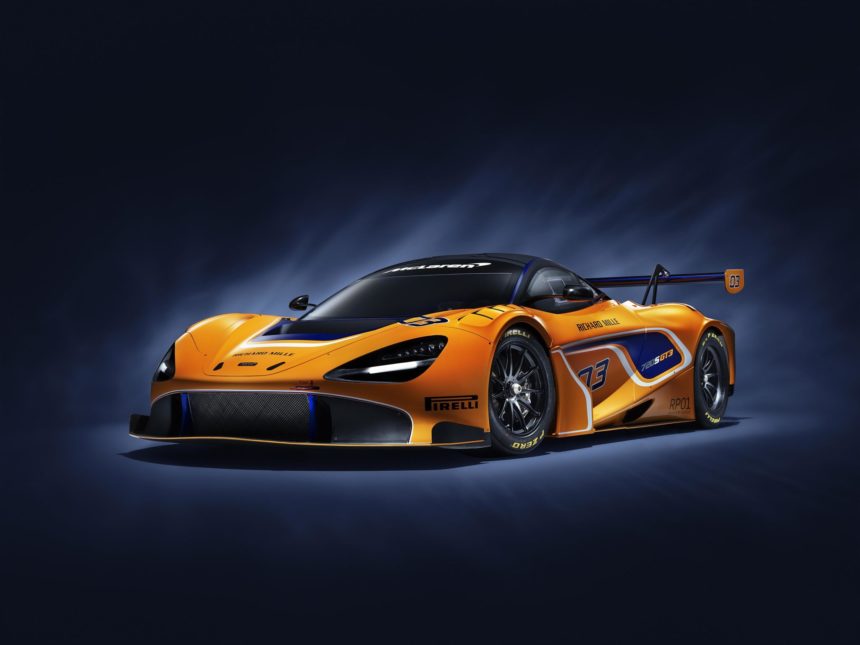 It’s one of the fastest cars on the road already, but now the McLaren 720S is about to make its debut as a race car too.

The 720S GT3 will be ready for all GT3 category competitions in 2019, and right now McLaren is putting it through its paces. It’s done all the simulation work it can do, and now two examples of the car are pounding round race tracks across the world.

Working with Pirelli, the two development cars have racked almost 20,000 miles in testing. This includes 24-hour race distances at tracks in Europe and the USA, with further testing in the Middle East due by the end of the year. 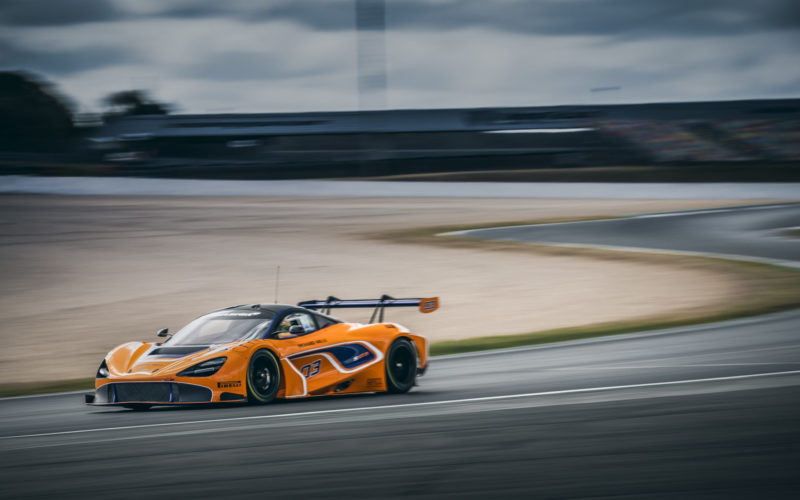 The race-prepped car shares significant structural parts with the road car. However, beyond the carbon fiber MonoCage II chassis, more than 90% of the car’s parts are new.

These changes start with the M840T V8 engine. It’s similar to the 720S’s power unit, but McLaren has worked on it to improve the torque curve and fuel efficiency. The V8 is now paired with a six-speed sequential gearbox rather than the road car’s seven-speed dual clutch unit. While the 720S uses a brake-steer system, the GT3 has a Salisbury-type limited slip differential.

McLaren also gives the GT3 a new braking system. This includes a new design of brake caliper to enhance cooling, with one eye on component life. Less time in the pits is more time at race speeds, after all. There’s a new rear suspension geometry, which adds four-way adjustable dampers and coil-over springs. Of course the wheel hubs now provide for center lock wheels, and there’s an inbuilt air jack system. 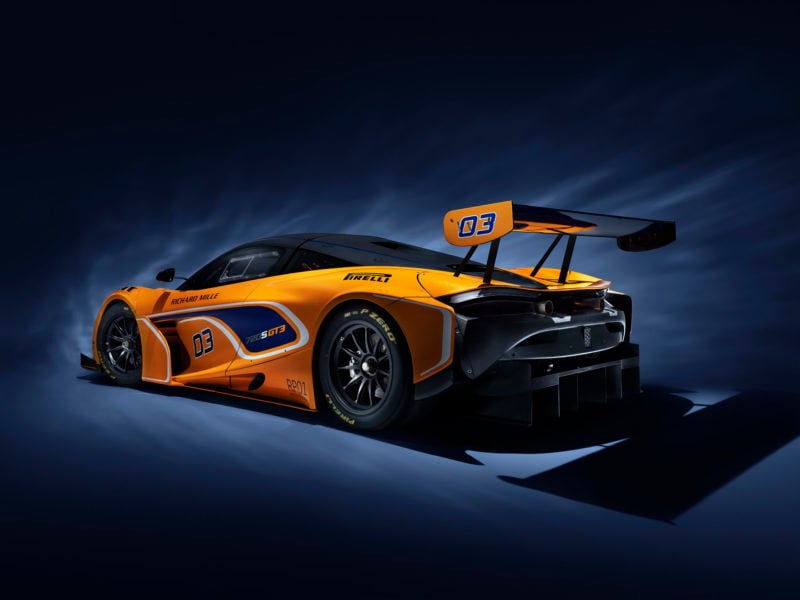 Naturally there’s significant changes to the bodywork, to provide the required downforce for a GT3 race car. There’s new composite and carbon fiber body panels, to which McLaren mounts the splitter, canards and GT3-spec rear wing. The floor is unique to the GT3 too.

There’s major changes to the interior environment, beyond just stripping it bare. All of the GT3s are left-hand drive, with adjustable pedals and steering wheel. Customers can opt for a rear-view camera and radar system, along with tire pressure monitors. 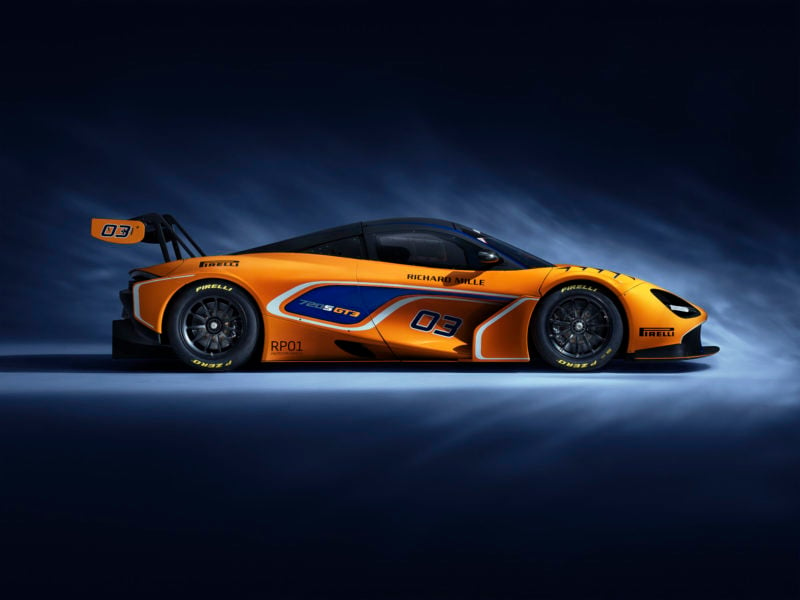 Although speed and efficiency are key targets, most of the changes focus on making the car accessible and financially attractive. McLaren has aimed for a car with huge capability and predictable traits on the limit, to appeal to teams with amateur drivers. Ease of service and tire management should make the car less expensive to run than rival offerings.

“The 720S GT3 is a significant car for McLaren Automotive. It still has the road car’s ability to deliver extreme performance in a way that all drivers can access, but taken to an altogether higher, racetrack level.

“Crucially it also forms a part of our growing customer-focused racing and business strategy which sees dedicated motorsport products developed in-house that draw on our rich pool of motorsport experience and expertise.”