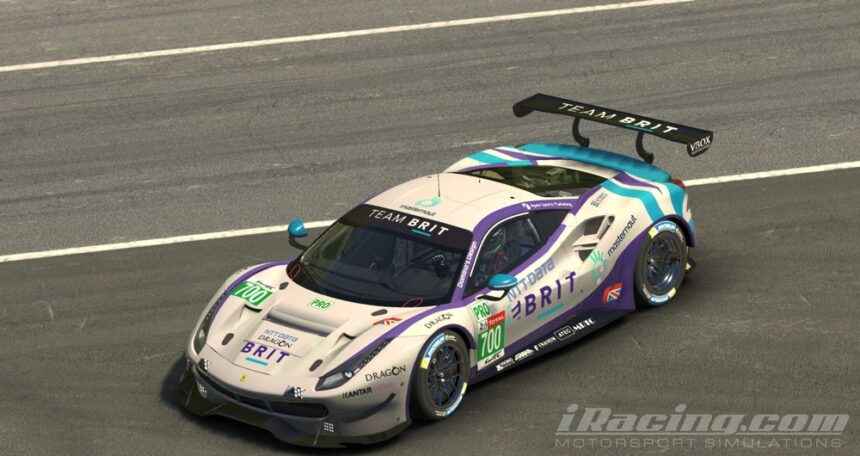 UK-based racing outfit Team BRIT is set to launch an esport team with a difference this weekend. The squad, going by the name of eTeam BRIT, will entirely consist of drivers with disabilities.

Team owner Dave Player set up Team BRIT in 2015 as a racing team for drivers with disabilities. The team’s roster include drivers with physical and psychological disorders, who race in a range of series including GT4 and Britcar. Several come from a military background, carrying the scars of service. Team BRIT aims to become the first team to race the 24 Hours of Le Mans with a driver line-up who all have recognized disabilities.

The virtual outfit mirrors this. Competing in iRacing, there’ll be a four-man line-up, all with disabilities. The youngest, 27-year old Alain Day from Kent, is on the autistic spectrum, while the oldest, 53-year old Anthony Beck from Yorkshire, is dependent on a wheelchair since a brain tumor while serving with the RAF in 2005. Completing the team are 31-year old Ben Warren from Oxfordshire, who was born with an abnormality of the lower spine and pelvis, and 32-year old Aaron D’Mellow from Essex, who’s suffered from spinal issues for his entire adult life.

As part of Team BRIT, the drivers have access to the same hand control systems that the race team uses in its cars. That’ll help when eTeam BRIT makes its competitive debut this weekend in the Silverstone Six race. From there, the drivers will race in other official endurance events and private leagues. Team BRIT will also look to help the sim racers into the team’s race cars.

“We’re really excited about this new part of our team, which will open to the door to motorsport for even more disabled drivers. A great number of successful racing drivers begin their training in sim-racing or by using simulators, so this the perfect way for disabled drivers, who may have thought that motor racing wasn’t an option for them, to give it a try.

“We’re really keen for more people to get involved and welcome applications from disabled drivers with all experience and ability, who will be supported in learning the art of sim-racing. We also hope to find the next Team BRIT rookie and help them towards a new and exciting career on the race track.”

You can watch the team’s debut below, starting at 1330UTC on September 7: