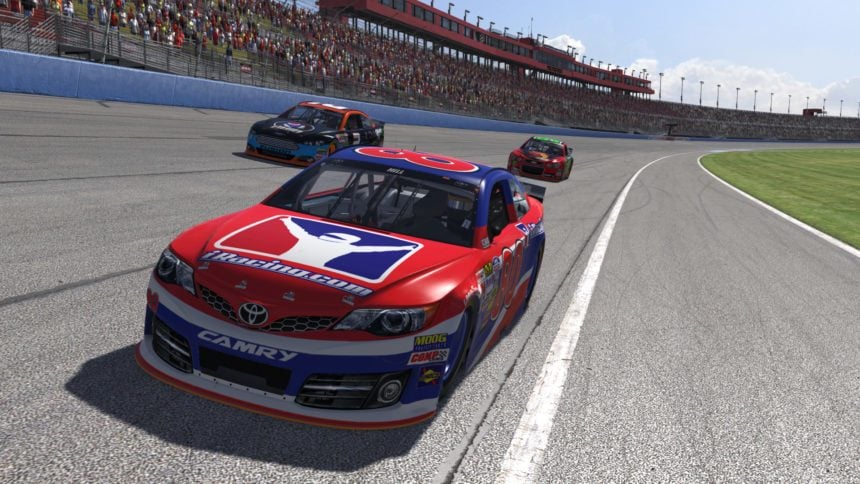 NASCAR Teams Hopping on the Esport Train with iRacing

It’s a pairing that almost makes too much sense: NASCAR teams are working on a new esports program using iRacing. What’s more, the initiative should launch within the 2018 race season.

The confirmation comes from Rob Kaufmann, chairman of the Race Team Alliance and co-owner of Chip Ganassi Racing. Kaufmann told Sports Business Daily that plans are afoot, and while it won’t launch alongside the Daytona 500 season opener, fans should expect the digital series to launch shortly afterwards.

In a twist from recent esport events (like the Canadian GT Sport one), existing NASCAR teams will draft drivers for their digital counterparts. These iRacing pilots will compete against one another for a six-figure prize pot.

The RTA, NASCAR, and iRacing are still hammering out the details of the season. It will be shorter than the full NASCAR real-world calendar (naturally), but dates aren’t yet in stone. The digital series could take place mid-week, or during the race weekends themselves.

Also unknown at the time of writing is the all-important plan for live streaming. The official NASCAR website is an obvious choice, while the article mentions Motorsport.com as an option as well.

iRacing is such a natural fit as it features so much of the existing NASCAR world. Many of the teams use the venerable subscription-style sim in various capacities. As it turns out, it won’t be the only title merging NASCAR and esports this year.

SBD also reports that certain tracks will run their own events on race weekends, using 704Games’ NASCAR Heat 2. Unlike the pro aspirations of the iRacing league, however, the pick-up-and-play approach of NH2 should appeal to more fans at these events. Ideally, the two will complement one another, catering to very different ends of the same spectrum.

The 2018 NASCAR season kicks off in earnest with the Daytona 500 on February 18.

NASCAR
Can You Beat the Impossible Gran Turismo Quiz?

Gran Turismo Sport 153 Feb 27 by Andrew Evans
The latest GT Sport update has arrived, with some new content to sink your teeth into and some gameplay tweaks. Polyphony Digital studio boss Kazunori Yamauchi cautioned over the weekend…

Gran Turismo Sport 153 Feb 26 by Andrew Evans
The next content update for GT Sport is on its way, and Polyphony Digital has released the official, reveal-all trailer. As revealed over the weekend, the keyword for 2020 is…

Gran Turismo Sport 485 Feb 24 by Andrew Evans
For this week’s GT Sport Daily Races you’ll be heading to two racing circuits on opposite sides of the Pacific Ocean, and indulging in a spot of street racing. Race…

Gran Turismo Sport 482 Feb 23 by Michael Leary
Last month, GT Sport players went without any new content. While Updates 1.54 and 1.55 arrived in January, both focused on bug fixes and system tweaks. The last major update to…