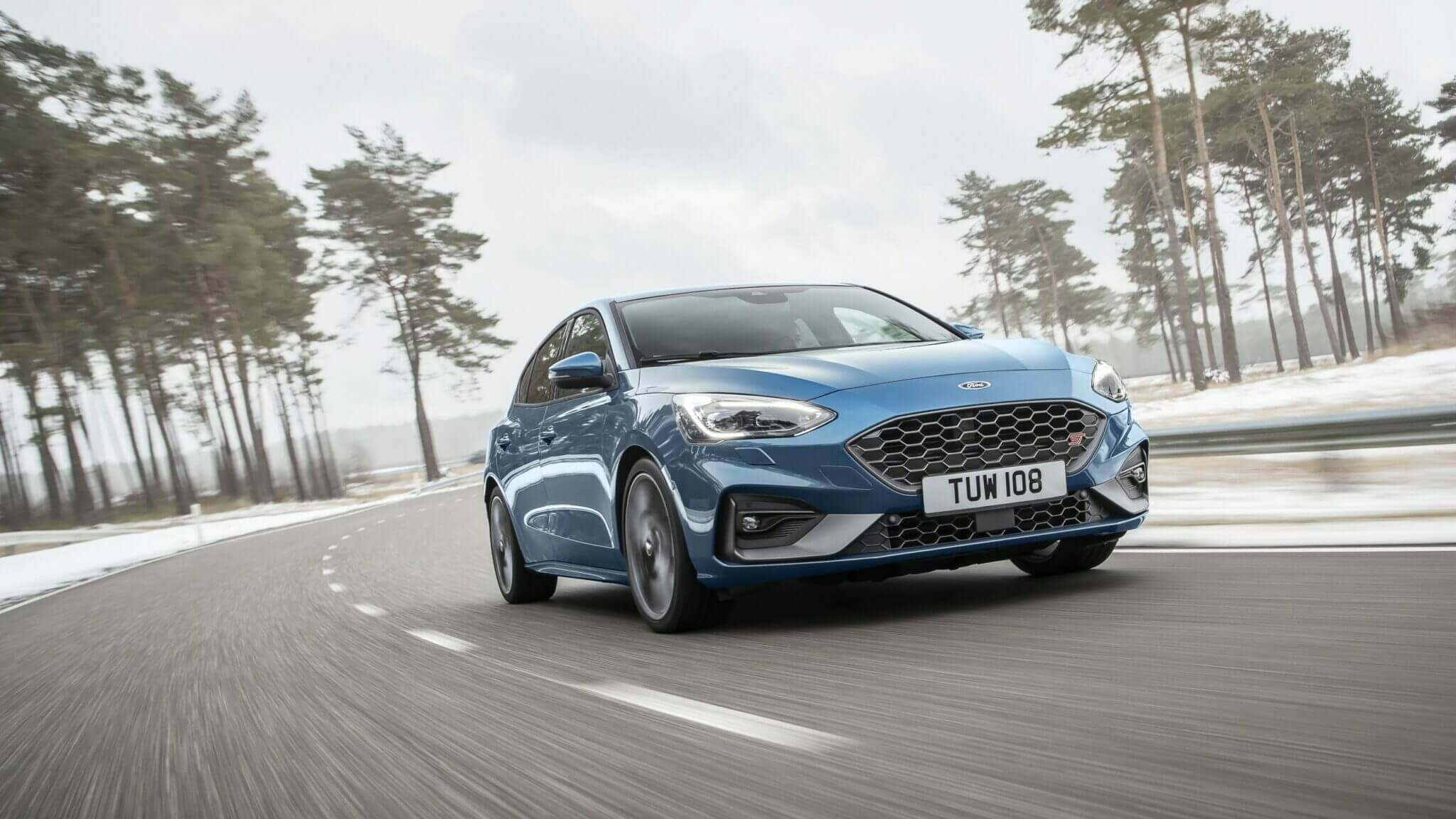 Ford has revealed the fourth, and most powerful, generation of its iconic Focus ST hot hatch.

The new Focus ST is the first performance model on the new car since its introduction in 2018. Thanks to a new engine, it packs 12% more power than its predecessor, along with 17% more torque.

For the ST, Ford is using a new version of the 2.3-liter EcoBoost petrol engine. That’ll be relatively familiar as the engine for the Focus RS and four-cylinder Mustangs, however Ford has reworked it for this front-drive application. 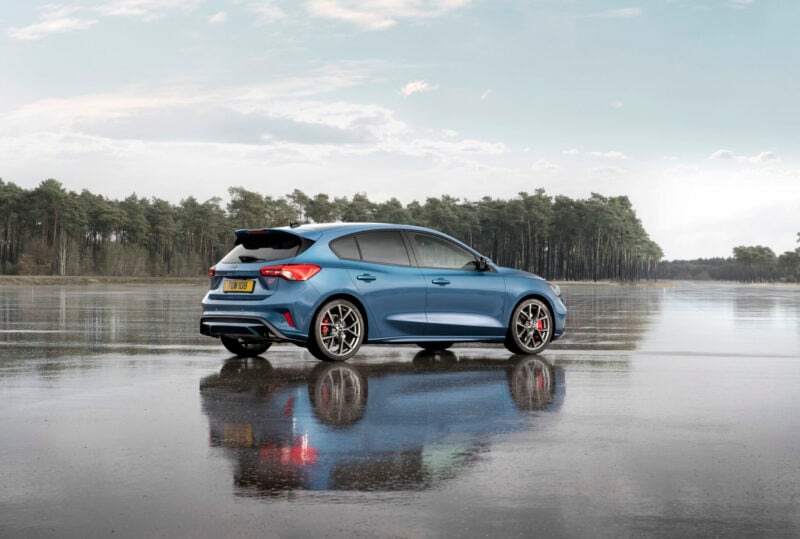 The new, all-aluminum engine features a low-inertia, twin-scroll turbocharger. This uses anti-lag technology Ford developed for the GT and the F-150 Raptor to keep the turbo’s compressor spinning when off-throttle.

Along with an electronic waste-gate and custom exhaust, intake and intercooler for the car, it should provide what Ford says is the most free-revving Focus ST engine ever. Power is now 276hp at 5,500rpm, with torque at 309lbft from 3,000 to 4,000rpm. That should equate to a sub-six second 0-60mph sprint.

Ford has a habit of offering diesel versions of its ST models too. That’s true again here, with a 187hp, two-liter diesel. 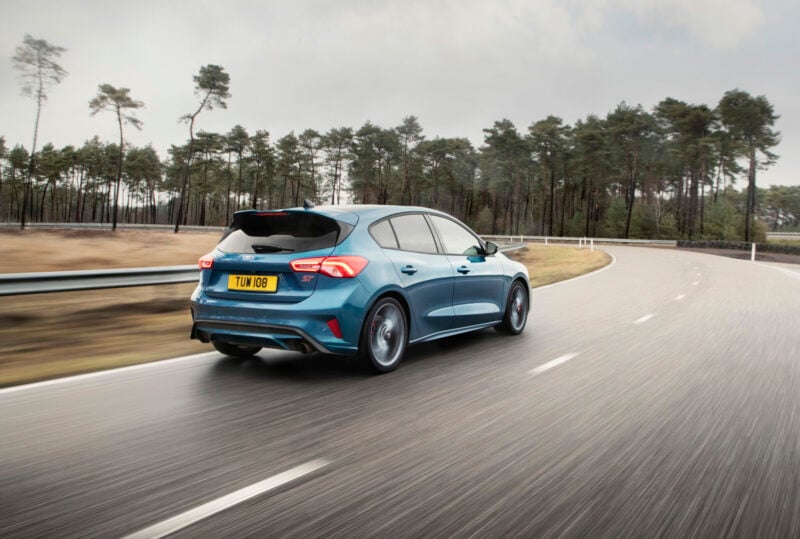 While the diesel is manual only, the proper ST gets a six-speed manual or a seven-speed auto. The manual will feature a downshift rev-matching system as part of an optional pack, while the auto includes wheel-mounted paddle shifters.

An electronic LSD on the 2.3 — the first in a front-drive Ford — keeps everything in check. There’s also a drive mode select system for the first time in a Focus ST, to soften up the driving experience when peak performance isn’t required. Continuously controlled damping, also part of a pack, scans the driver’s inputs every two milliseconds to ensure ideal damping.

In fact damping is the key difference between the Focus ST and the ordinary models. Ford has kept the Focus’s spring specifications, albeit reducing the ride height by around half an inch, and increased damping rates — 20% in the front, 13% in the rear — to generate the sporty driving experience. 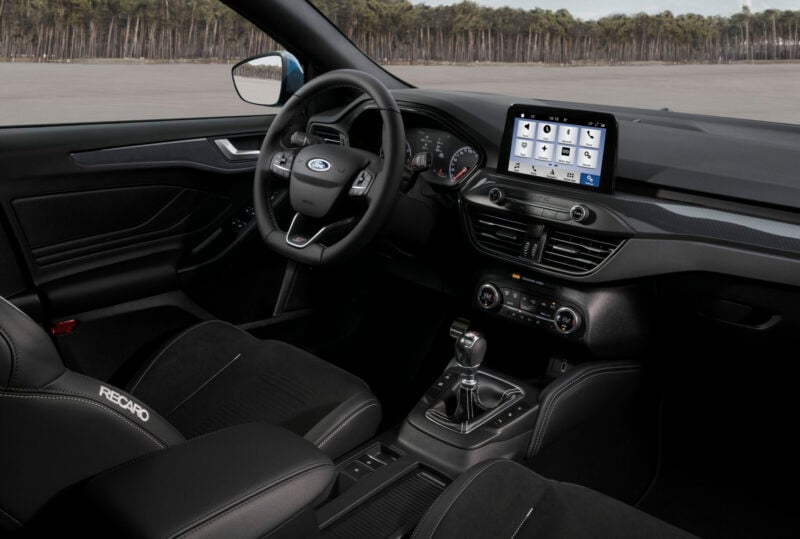 The inside is traditional Focus ST. That means there’s some very subtle changes in materials, with aluminum gear shifter and sill plates, alloy pedals, and lashings of satin silver and carbon effect on decorative elements. Recaro seats are standard sporting-Ford fare, along with ST badging in the usual places.

Ford says the binnacle is inspired by the Ford GT. This now has digital gauges for boost pressure, oil pressure and oil temperature within a Ford Performance section in the multi-function display. That’s where you’ll also find the launch control system, if specified in the appropriate pack.

The exterior is the hot hatch playbook too. There’s a revised front end for better cooling and a large roof spoiler. You can even specify red brake calipers to go behind the unique alloy wheels. You’ll find a two-exit exhaust system, but Ford has relocated it from the center position on the third generation car as this stopped customers fitting a tow bar. That’s good news for those who order the wagon variant — and yes, there is a wagon variant. 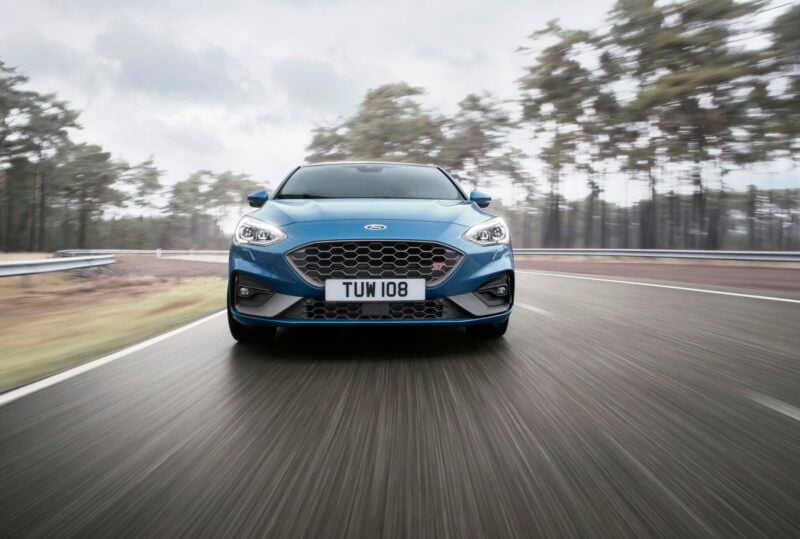 When the Focus ST goes on sale in Europe in the summer, customers will be able to order it in one of seven colors — including “Orange Fury”. White, gray, black, blue, and two red options are also available.

The bad news is, unless Ford intends on creating an ST version of the Active crossover, US customers will miss out.