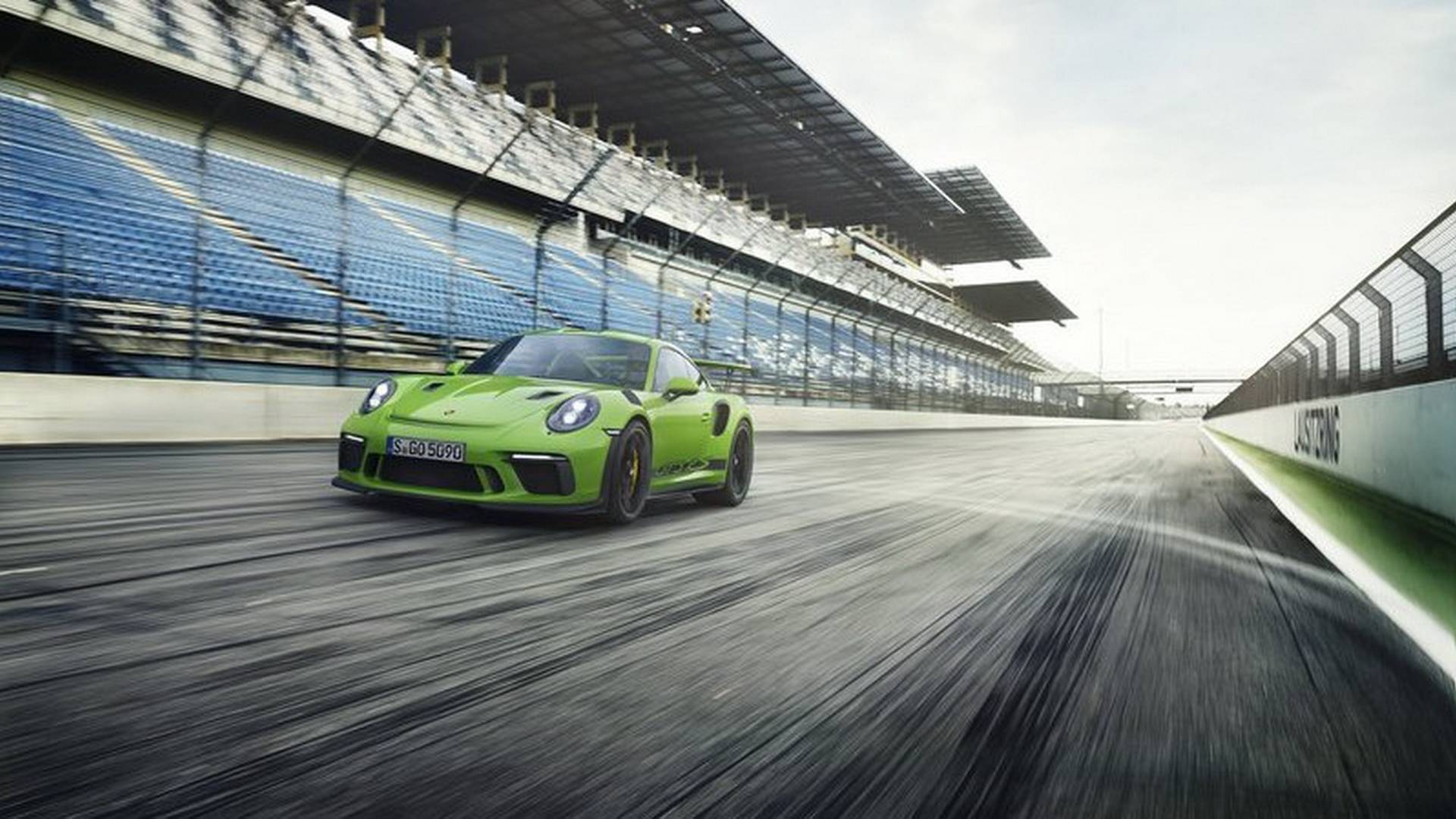 These days it seems like German car companies just can’t keep a lid on the next big thing. If it’s not a new BMW sneaking out unintended, it’s a halo Porsche.

Quite by accident the Australian “Drive” website pushed out a post on the new 911 GT3 RS, a month before Porsche unveils the car at the Geneva Motor Show.

The RS moniker isn’t one that Porsche lightly slaps onto a car either, so it’s bound to be something a bit special.

This car stands to be the quickest naturally aspirated 911 ever made. It uses an updated version of the 4.0-liter flat six, producing 513hp at a heady 8,250rpm. That’s good for a tenth of a second over the old GT3 RS, with 60mph coming up in 3.2 seconds. It also reaches 194mph, one more than its predecessor.

That mild hike in speed is partly down to the extra power, but also the reworked aero. The new RS gets a reshaped front end similar to the 911 GT3 Cup car, including a new bumper and NACA ducts. Porsche has also modified the rear bumper, with much larger ducts to dump the engine’s hot air.

One to make the enthusiasts’ hearts sink is the gearbox. That’s going to be a seven-speed PDK auto, and not a manual. Porsche may be adding a manual option to the regular GT3, but the RS is about speed rather than “feel”.

Also reworked is the rear-wheel-steering system. The new GT3 RS gets new wheels too, with a larger diameter 21-inch wheel at the back. The tires are 265/35 in the front and 325/30 at the back, 20mm wider than before too.

The interior shot reveals thin, racing seats — likely carbon-fiber — and other lightweight touches like nylon loops instead of door handles. It also shows the aluminum roll cage, part of the optional Clubsport pack.

Unsurprisingly, Porsche hasn’t revealed any prices yet as the car isn’t even supposed to be out in the wild. We imagine it’ll be similar to the £130,000/$130,000 price of the previous RS though.

Andrew Evans · Feb 6, 2018· Comments
Gran Turismo series partner Toyota has revealed a special, limited edition version of its Toyota Yaris hatchback, which not only bears the Gran Turismo 7 name but comes with a free copy of the game and a PlayStation 5 console.

Andrew Evans · Feb 6, 2018· Comments
After it surprisingly revealed a new car at the Consumer Electronics Show (CES) in 2020, Sony has taken the covers off a second model at this year’s show — and it looks like it might be planning to build them.

Andrew Evans · Feb 6, 2018· Comments
Porsche has officially taken the covers off its Vision Gran Turismo car, designed specifically for Gran Turismo 7 when it launches on March 4.

Andrew Evans · Feb 6, 2018· Comments
MG’s specialist design center, SAIC Design in London, has created a new concept car that’s not only inspired by gaming, but a games room itself.

Michael Leary · Feb 6, 2018· 13 Comments
Although Lamborghini has now officially pulled the wraps off its latest nostalgia project, the Countach LPI 800-4, you’re already too late to buy one.

Andrew Evans · Feb 6, 2018· 21 Comments
Genesis has unveiled a trio of new racing car concepts designed in collaboration with Gran Turismo, destined to take their places in the racing game series in the near future.

Andrew Evans · Feb 6, 2018· Comments
Nissan has taken the covers off the latest model of its flagship performance car, the GT-R Nismo, ahead of its market launch later this year.