Nissan is making waves in the endurance racing world this year with a new car to compete in the top LMP1 category at the 24 Hours of Le Mans, and you’ll be able to drive it in Gran Turismo.

“The LMP1 program will be completely tied into gaming. It’s great to see that last year’s YouTube NISMO TV car is now in the game, […] so that means the LMP1 will be in all the games that you guys want to play,” said Darren Cox, Nissan’s Global Motorsports Director, in an interview with GT Channel.

This won’t come as a big surprise to anyone who has seen how closely Gran Turismo, GT Academy, and Nissan have become over the past few years, but it’s still good to hear confirmation. 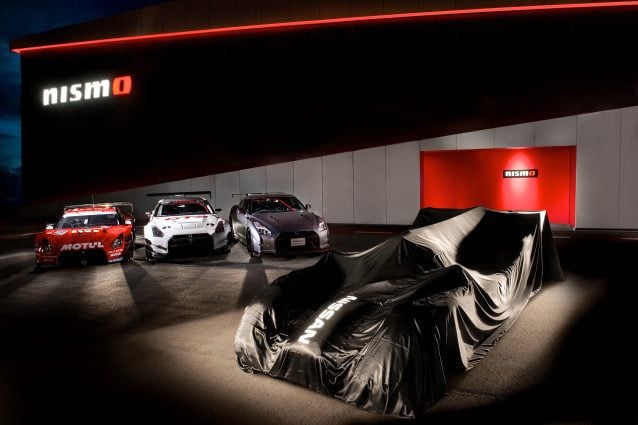 Much like the YouTube Nissan GT-R NISMO GT3 Team RJN ’13 that was introduced to Gran Turismo 6 in the final round of GT Academy last year, it wouldn’t be surprising to see the LMP1 car introduced in a similar manner in 2015.

Of course, the GT-R LM P1 NISMO car will apparently be quite a bit different from the GT3 car – and just about every other car on the grid at Le Mans. According to well-sourced rumors, the car will feature hybrid power, with the combustion engine in the front – a layout the LMP1 category has not seen since the Panoz LMP1 and LMP07 raced in the early 2000s.

We still have to wait for the official design and specifications to be released, though current indications suggest the car will be revealed during Nissan’s Super Bowl commercial airing on Sunday, February 1st.

Thanks to fortbo for the tip!