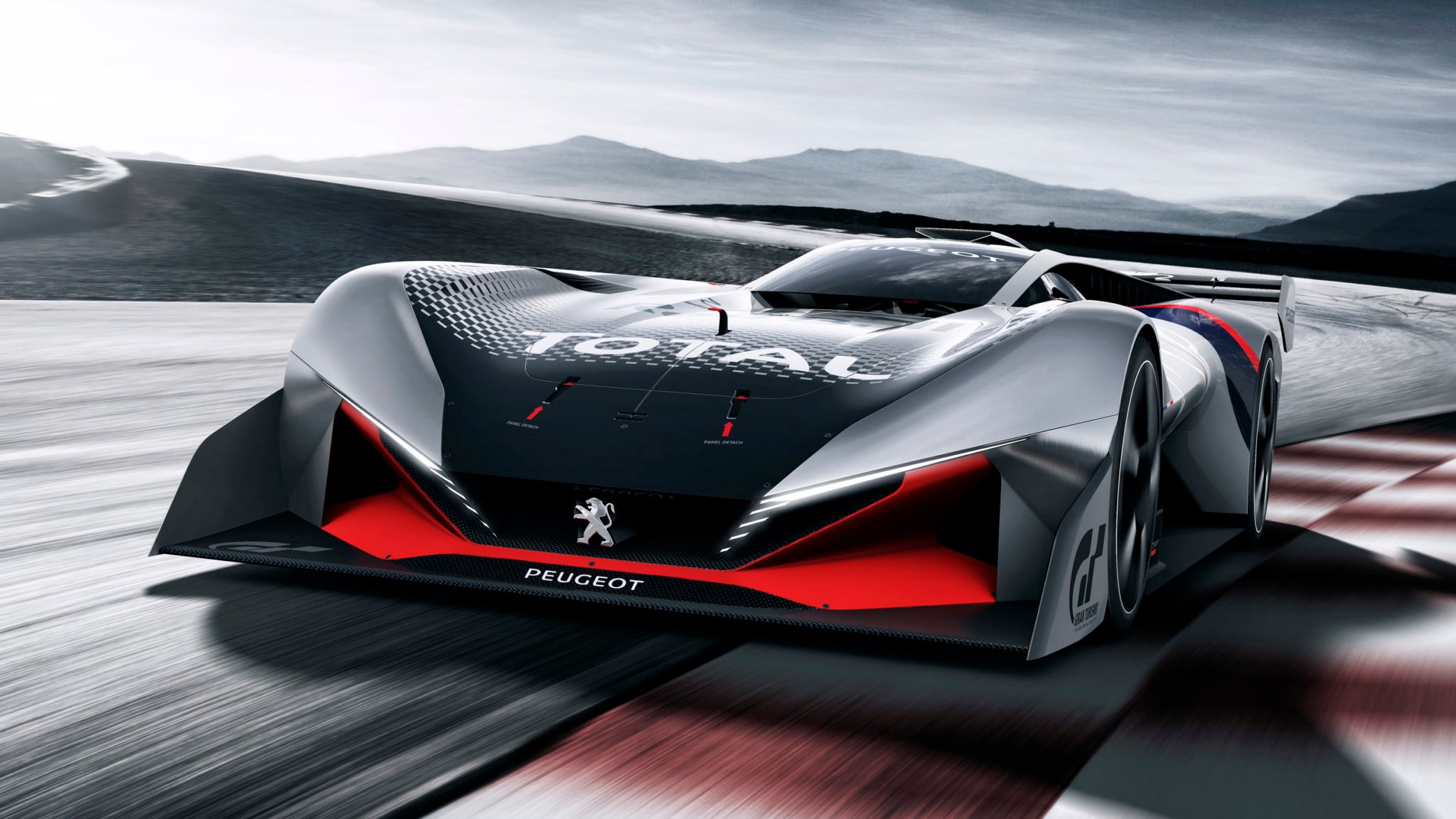 Back in May 2016, we got our first look at the Peugeot Vision GT car. The Peugeot L500 R HYbrid was exactly the kind of madness we expected. Now, for the launch of Gran Turismo Sport, Peugeot is updating the L500 with a newer version dubbed the “L750 R HYbird”.

While the L500 is more of a road-going car, the L750 is built for the track. Peugeot took the body from the L500 and gave it the full aero treatment. Now it looks right at home on Le Sarthe — in the year 2030.

Peugeot is a little stingy with the specs, but what it does tell us is the car is fast. With 750hp on tap and weighing just over 1,800lbs, the L750 will be a rocket ship, making it from 0-60mph in just 2.4 seconds. And with a redline of 10,000rpm, it should produce a glorious engine note.

As the name suggests, the L750 uses a hybrid drivetrain. A 580hp gasoline engine mates to a 170hp electric motor to give the car its blistering speeds. Unfortunately, it’s unknown exactly what engine Peugeot used in the L750; looking through the current crop of Peugeot engines we didn’t see anything that fit the bill. 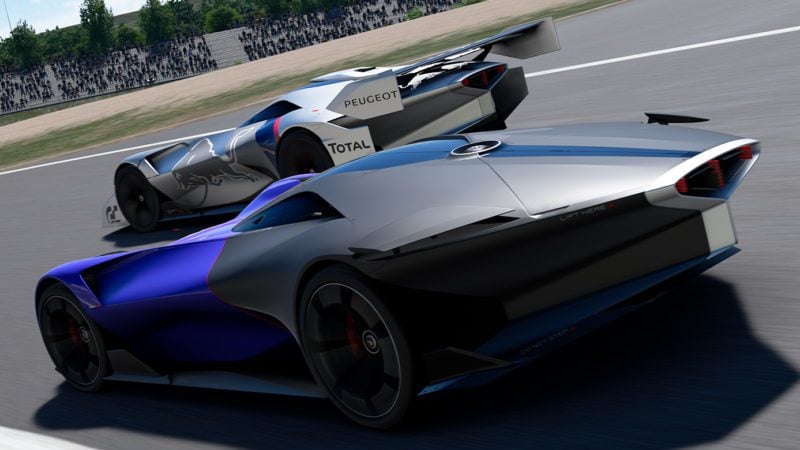 The entire drivetrain mounts to the rear axle of the car. This helps with weight distribution as the rest of the L750 contains liquid-cooled lithium-ion batteries.

The brakes are a dual-circuit hydraulic setup and use large carbon discs with ventilation. The suspension is fully independent at all four corners. It also will automatically adjust the ride height depending on speed, but Peugeot is keeping the rest of the details under wraps.

The L750 is set to debut in Gran Turismo Sport at its release on October 17. Hopefully, the game gives us a few more details about the car at that time. The L500 will also make an appearance in GTS as well — be sure to check out the full GT Sport car list for the entire roster.

We look forward to taking the L750 out for a spin once we get our hands on the game. If it’s anything like the other Vision GT cars, it’s going to be mental.

Andrew Evans · Oct 10, 2017· Comments
Michelin, official Tire Supplier and Technical Partner of Gran Turismo, is staging a special online competition for players in south-east Asia and Oceania, with an all-expenses paid experience at Yas Marina, Abu Dhabi, for the winner.

Andrew Evans · Oct 10, 2017· Comments
A new set of Gran Turismo Sport Daily Races is now available, with the unannounced change to a four-weekly cycle now seemingly the standard from this point forward.

Andrew Evans · Oct 10, 2017· Comments
Following on four weeks from the last set, a new set of Daily Races is now available in Gran Turismo Sport as players get used to the new scheduling for the 2017 title.

Andrew Evans · Oct 10, 2017· Comments
For the first time in nearly a month, there’s a new set of Daily Races in Gran Turismo Sport for players to enjoy for the foreseeable future.

Andrew Evans · Oct 10, 2017· Comments
It’s the inevitable fate of any game that, once it is succeeded, it will eventually wither away as support is withdrawn. While this process usually takes months at a minimum, GT Sport seems as if it could be sidelined in record time.

Andrew Evans · Oct 10, 2017· Comments
Despite being superseded by Gran Turismo 7, GT Sport’s Daily Races seem to be continuing on their weekly cycle — for the time being at least.

Andrew Evans · Oct 10, 2017· Comments
Although Gran Turismo 7 is now out, GT Sport shows no signs of slowing down any time soon, with a new set of Daily Races now available to players.