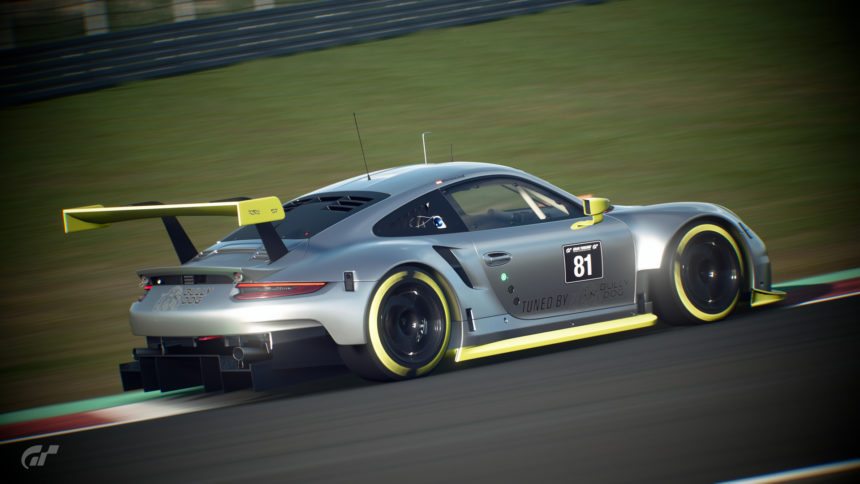 Porsche E-Racing Japan Will Use Gran Turismo Sport for 2019

Gran Turismo Sport will be the platform for another esport series in 2019. No, not the FIA-certified GT Championship, but Porsche’s own digital series in Japan.

The announcement comes alongside a shakeup of the real-world one-make series in Polyphony Digital’s native land (via Auto Sport Web). Porsche Japan held a press conference on Friday to officially rename the existing Porsche Carrera Cup Japan to Porsche Spring Challenge Japan. The 911 GT3 Cup will continue to run in the series, but the new 718 Cayman GT4 will join it. Which is quite the bombshell, since even Porsche hasn’t officially confirmed the car yet. Whoops!

Alongside the restructure, Porsche Japan also announced a move into an officially sanctioned esport series. The Porsche E-Racing Japan series will seemingly use the 911 RSR that already exists in GT Sport. There’s no mention of any other cars, current or future. Kazunori Yamauchi was on hand for the announcement, and offered a quick comment on the move (via Google Translate):

The article mentions that the Porsche esports series overseas use Forza Motorsport 7 instead of GT Sport. Polyphony’s sim racer arguably makes more sense in its homeland however, as Xbox as a brand is almost a non-entity in Japan. That said, it seems the regional championships prefer home-grown platforms: the Carrera Cup Italia used Assetto Corsa earlier this year.

Cheers to AKps3 for the tip!

Polyphony DigitalPorsche
10 Comments Discuss this post in our forums...
Can You Beat the Impossible Gran Turismo Quiz?

Gran Turismo Sport 1546 Feb 17 by Andrew Evans
GT Sport‘s first World Tour event of the year is still fresh in our minds, but already it’s time to prepare for the next stage. The Pre-Season for 2020 FIA…

Gran Turismo 7 84 Feb 17 by Andrew Evans
Kazunori Yamauchi has made some interesting comments about the future direction of Gran Turismo’s graphics. The Polyphony Digital studio boss has suggested that frame rate, rather than display resolution, may…

Gran Turismo Sport 503 Feb 17 by Andrew Evans
This week’s GT Sport Daily Races will take you to some tight and twisty real world circuits, in the UK and Japan. The UK’s representative is Brands Hatch for Race…