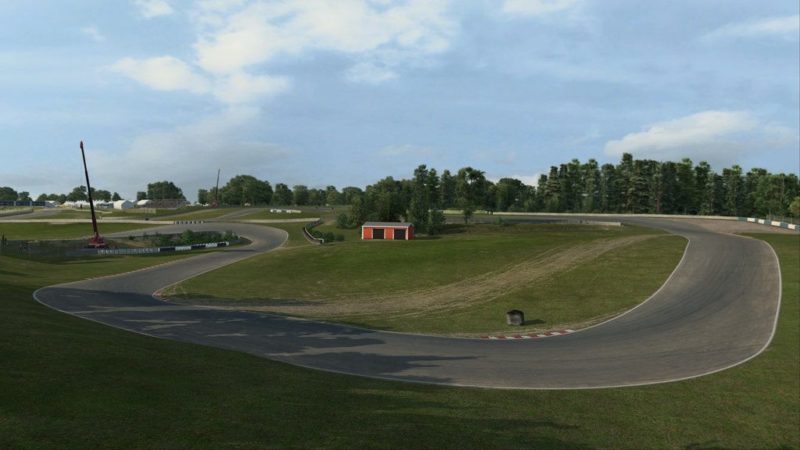 Sector3 Studios has announced that Ring Knutstorp will be included within its Raceroom Racing Experience sim title. This Scandinavian favorite joins a host of other fabulous Swedish tarmac already included within the game.

Renowned for its treacherous elevation changes, the 1.3-mile track will surely become a staple within the community. A regular within the modding community, this is the first time the track has been official content since 2008.

Built in 1963, Ring Knutstorp is located in the small town of Kagerod, Sweden. Formerly hosting the Formula Three European Cup, the track has played host to such legends as Alain Prost in the past.

Currently hosting the Scandinavian Touring Car Championship, Ring Knutstorp brings the STCC track count to five within the title. With only Allastaro and Solvalla remaining, there is evidence to suggest a full STCC roster could be added in the future!

Andrew Evans · May 23, 2017
If you fancy getting your hands on the brand-new Thrustmaster T248 steering wheel, then Sector3 Studios has a giveaway that should be right up your street.

Andrew Evans · May 23, 2017· Comments
By now, we should all be used to seeing pro drivers trying their hand at esports events. Over the past couple of weeks, and in response to the near total cancellation of real-world motorsport, pros have raced against personalities in the sim-racing world in a series of exhibition races.

Andrew Evans · May 23, 2017· Comments
PC racing sim RaceRoom Racing Experience is truly putting the “free” into “free-to-play”. Sector3 Studios has opted to make not only the game itself but every single item of content within it free to all for the next few days.

Michael Leary · May 23, 2017
The first update of 2020 has arrived to RaceRoom Racing Experience, and with it comes a brand new circuit. Located in the city of Shaoxing in the eastern province of Zhejiang, China, say hello to the Zhejiang Circuit.

Michael Leary · May 23, 2017· Comments
In a surprise move, Sector3 Studios has announced Daytona International Speedway and the Porsche 911 RSR are coming to RaceRoom Racing Experience.

Michael Leary · May 23, 2017· Comments
The December update for RaceRoom Racing Experience is now available on PC. With it comes plenty of goodies that are appropriate for this time of the year.

Michael Leary · May 23, 2017· Comments
We’re coming up on the end of the year, and right on cue, Sector3 Studios has begun teasing what’s next for RaceRoom Racing Experience. The Swedish studio has revealed the next car on its way is the BMW M4 GT4.

Jimmy Broadbent · May 23, 2017· Comments
After some much-needed rest and recuperation over the last week or two, I’ve come back to a whole heap of new sim racing content. Over the last few days, rFactor 2, DiRT Rally 2.0 and RaceRoom have received new goodies. It always puts a spring in my step when there are new toys to play with when I get home. Of all the newly-released toys, I’ll be talking about the bonkers Volkswagen I.D. R.