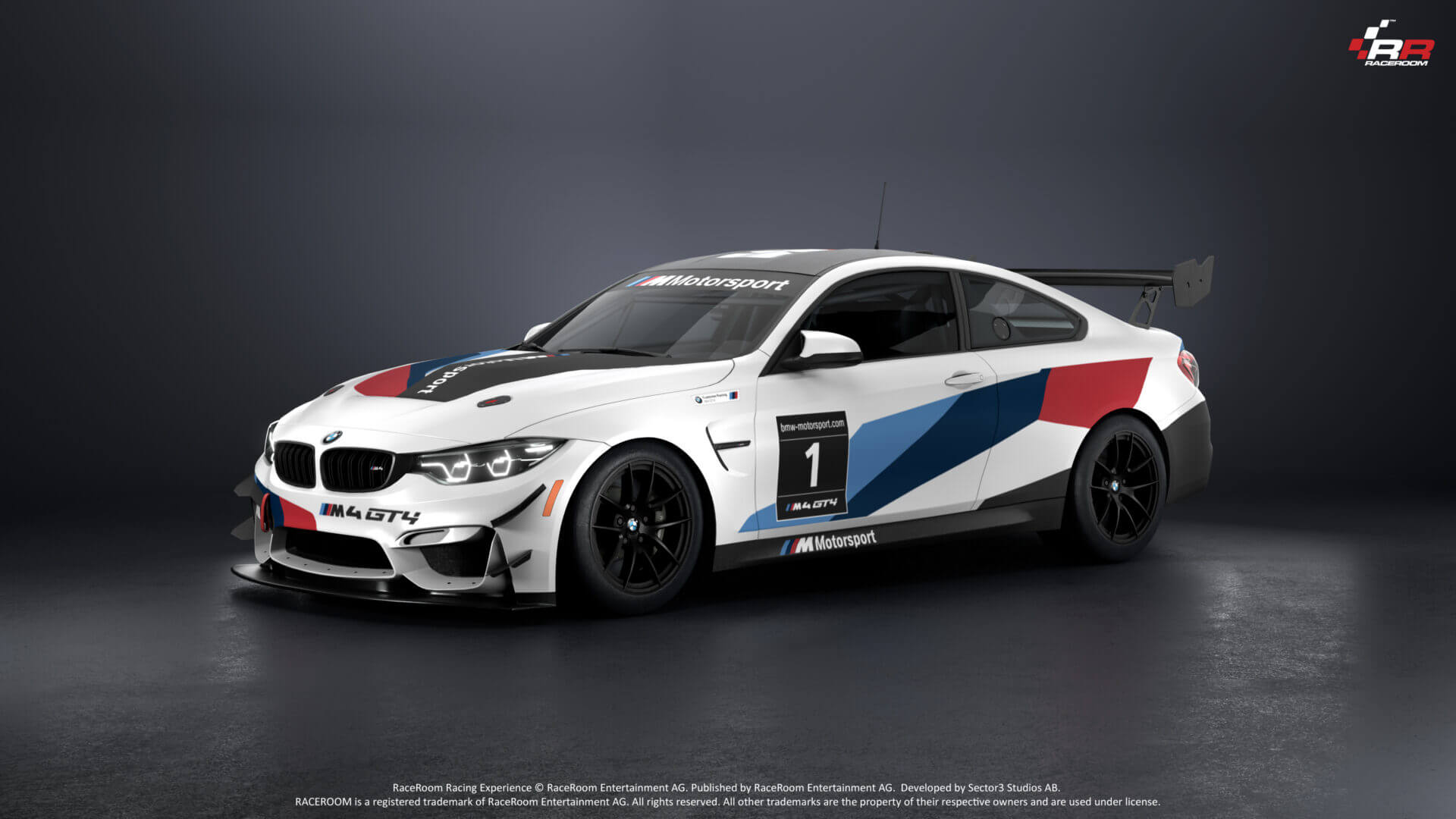 We’re coming up on the end of the year, and right on cue, Sector3 Studios has begun teasing what’s next for RaceRoom Racing Experience. The Swedish studio has revealed the next car on its way is the BMW M4 GT4.

The M4 GT4 will become the fourth GT4-spec racer in R3E, joining the Lotus, KTM, and Porsche cars added last year. As a highly requested addition to the roster, it’s sure to be a hit with the players.

According to BMW’s own literature, since its introduction at the start of the 2018 season the M4 GT4 racked 33 race wins and 100 podium finishes. That included winning the GT4 class of the British GT Championship — with a 1-2 finish in the driver standings for Jack Mitchell and the Ben Green/Ben Tuck pairing — and the SP10 class of the VLN series. 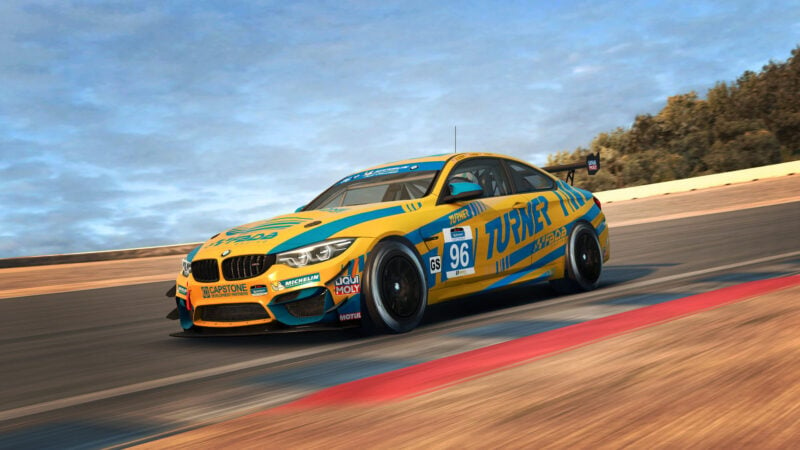 Power comes from a version of the S55 engine, a 3.0-liter, twin turbo straight-6, sending 431hp to the rear wheels. The Bimmer will likely have an outright power advantage compared to the existing lineup, but that will only make things more interesting. Don’t expect the M4 GT4 to bite down as hard as KTM’s X-Bow GT4. Get too wild with the rear end and you’ll pay dearly.

Sector3 is yet to set a date in stone for the M4’s arrival, other than December, and there may be other surprises besides in the relevant update. We’ll be keeping a close eye on things as they develop so stay tuned!

Andrew Evans · Nov 12, 2019
If you fancy getting your hands on the brand-new Thrustmaster T248 steering wheel, then Sector3 Studios has a giveaway that should be right up your street.

Andrew Evans · Nov 12, 2019· Comments
By now, we should all be used to seeing pro drivers trying their hand at esports events. Over the past couple of weeks, and in response to the near total cancellation of real-world motorsport, pros have raced against personalities in the sim-racing world in a series of exhibition races.

Andrew Evans · Nov 12, 2019· Comments
PC racing sim RaceRoom Racing Experience is truly putting the “free” into “free-to-play”. Sector3 Studios has opted to make not only the game itself but every single item of content within it free to all for the next few days.

Michael Leary · Nov 12, 2019
The first update of 2020 has arrived to RaceRoom Racing Experience, and with it comes a brand new circuit. Located in the city of Shaoxing in the eastern province of Zhejiang, China, say hello to the Zhejiang Circuit.

Michael Leary · Nov 12, 2019· Comments
The December update for RaceRoom Racing Experience is now available on PC. With it comes plenty of goodies that are appropriate for this time of the year.

Jimmy Broadbent · Nov 12, 2019· Comments
After some much-needed rest and recuperation over the last week or two, I’ve come back to a whole heap of new sim racing content. Over the last few days, rFactor 2, DiRT Rally 2.0 and RaceRoom have received new goodies. It always puts a spring in my step when there are new toys to play with when I get home. Of all the newly-released toys, I’ll be talking about the bonkers Volkswagen I.D. R.