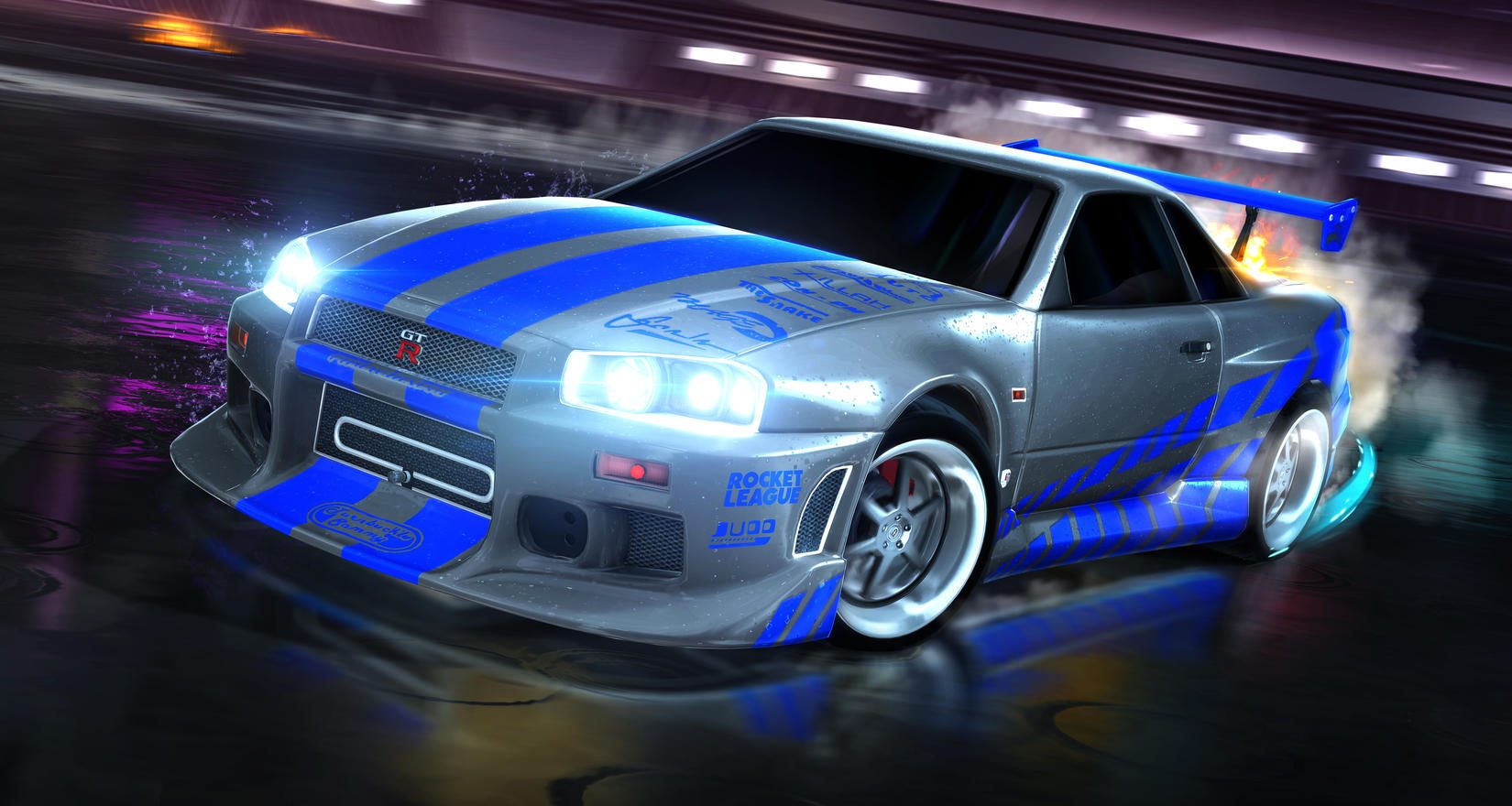 Props to anyone who saw this coming. Downloadable sensation Rocket League will add two new vehicles from the Fast and Furious franchise as premium content. The news comes direct from developers Psyonix on the title’s website.

Rocket League players can add the replicas to their game this month. Unlike a lot of the recent additions to the game, these cars will be added to the in-game showroom so you don’t have to worry about those pesky loot crates. The new vehicles join the Dodge Ice Charger from Fate of The Furious added earlier this year.

Brian O’Connor’s 1999 Nissan Skyline GT-R comes with the iconic blue and white livery. Appearing in 2 Fast 2 Furious, the car became the poster child for many tuning enthusiasts. Special Rocket League improvements over the film version include a rocket-powered engine and flipping abilities. Nice.

If one of Dom Toretto’s Dodge Chargers wasn’t enough, players can now buy the 1970 Dodge Charger R/T. The Charger’s low profile will suit rocketeers who like a more aggressive vehicle. Given that a Charger is already in the game, it would have been nice to see another iconic car from the franchise. Regardless, those who love the classic that has appeared in various entries from the series will be happy to see this in to the game.

Players can purchase the vehicles for their garage at $1.99 apiece. Each car comes with six liveries including those used in the movie series. If you’re a Rocket League aficionado and curious what type of hit boxes the cars will pack, the Skyline will have a hybrid and the Charger will pack a dominus. The Fast & Furious DLC launches October 11.

Andrew Evans · Oct 6, 2017· Comments
Need for Speed and sports clothing brand Puma have teamed up for a crossover capsule collection with game-inspired clothing that allows you to match your avatar from the virtual environment of NFS Unbound.

Gary Slater · Oct 6, 2017· Comments
February has graced us with its presence, and has also brought along a new Spring season for Forza Horizon 4. We’re into the closing stage of Series 57, with one more week of cars to win and events to complete before the next series arrives.

Andrew Evans · Oct 6, 2017· Comments
The new Series of Forza Horizon 5 is here, celebrating all things Japanese automotive across the next four weeks.

Jordan Greer · Oct 6, 2017· Comments
I just got back from a trip to PlayStation’s North American headquarters where I had the chance to be one of the first people to play Gran Turismo 7 on the PSVR2, and I’m here to tell you all about it.

Michael Leary · Oct 6, 2017· Comments
Ubisoft has announced the third installment of its multi-vehicle-type racing game series The Crew will be called The Crew Motorfest, and is on the slate for a launch later in 2023.

Andrew Evans · Oct 6, 2017· Comments
Competition Company has announced that its new racing sim, Rennsport, has missed a second scheduled milestone on its approach to a late-2023 launch, with its closed beta phase once again postponed.

Andrew Evans · Oct 6, 2017· Comments
The latest set of Gran Turismo 7 Daily Races is now available, running across the next seven days, and marking a return of tuning to the events.