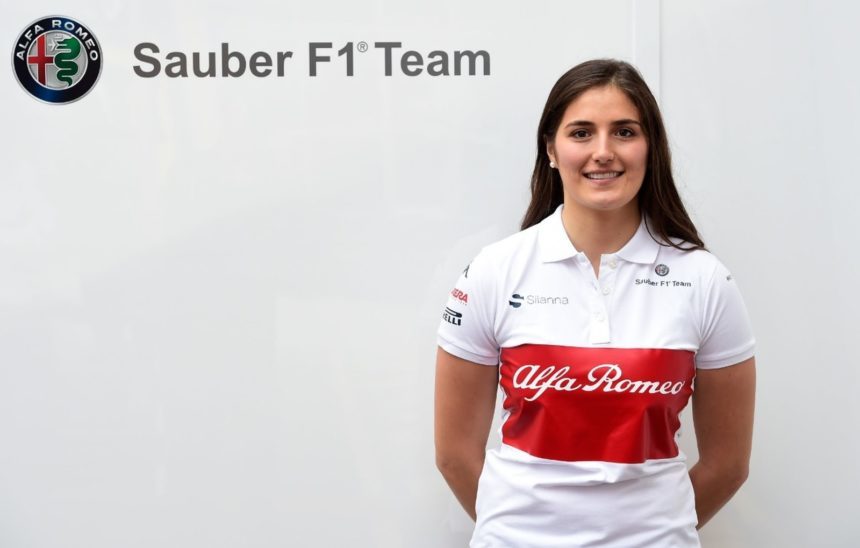 The 24-year-old Colombian driver is no stranger to the Swiss outfit. Calderon signed as development driver in 2017, albeit restricted to simulator work. The deal with Sauber is on top of her GP2 duties with DAMS racing. In 2018, the promotion will see her taking on more responsibilities within the team.

While exact details remain a mystery, it’s expected she will have some time behind the wheel of an F1 car. In the meantime, she will continue simulator training with the team. Additionally, Calderon will receive coaching from engineers during select GP weekends, and the team’s HQ in Hinwil, Switzerland.

Calderon had the following to say about the promotion:

“I am very pleased to confirm my role as Test Driver for the Alfa Romeo Sauber F1 Team in the 2018 season. This collaboration will build upon the experience that I have gained as Development Driver with the team over the past year, and I look forward to continuing on this positive path together.

“I have been able to substantially expand and develop my skills as a race driver, and I am convinced that I will be doing so throughout this year.

“I would like to thank the Alfa Romeo Sauber F1 Team for this marvelous opportunity, which would not have been possible without the long-term support that I am receiving from Escuderia Telmex. I look forward to this season, and will give my all to demonstrate my capabilities in both GP3 and Formula 1.”

The Colombian driver began her racing career at just nine years old. In that time she won several championships in Switzerland and the United States. Tatiana moved to single seaters in the Star Mazda series in 2011, finishing sixth. Moving to Europe saw her competing in the Euroformula Open, British F3, FIA F3 and GP3.

Calderon has an impressive resume. Feats include podium finishes in British F3 and Euroformula Open, and second overall in the 2016 MRF Challenge. She’ll return to GP3 for a third season this year, moving to Jenzer Motorsport.