While GT Sport’s recent Chinese tour hasn’t yielded much in terms of new content, the interviews PD president Kazunori Yamauchi has taken part in have shed light on a variety of subjects. We’ve heard about the plan to involve F1 coaches in the FIA Championships, and saw a reduction in the race track locations in the game. To balance out the track news, the game could see a massively increased car count via post-release support, according to the latest interview (conducted by A9VG, and helpfully translated in our forums by GTPlanet member Yui-san).

The interview naturally focuses pretty heavily on the Chinese market. Regarding the potential for the People’s Republic being included in GT Academy, Yamauchi states that there are no confirmed plans at this point in time. GT Sport’s release date for the mainland is also unknown, though Taiwan and Hong Kong have both been confirmed for November 15.

When asked whether the game will ever include the controversial ‘Standard Cars’, and what the final car count will be, Kazunori drops easily the most surprising bit of news in the interview:

“In the end, there will be around 4 to 5 hundred cars. All cars have been re-modeled, and there won’t be standard cars.”

There have been rumblings of post-release support for the game before, but this is the first time Yamauchi has provided a rough number. What a number it is, too: 500 cars would be over triple what the game is set to launch with (140). Not only that, it would represent a larger tally than all of the Premium models found in GT6. 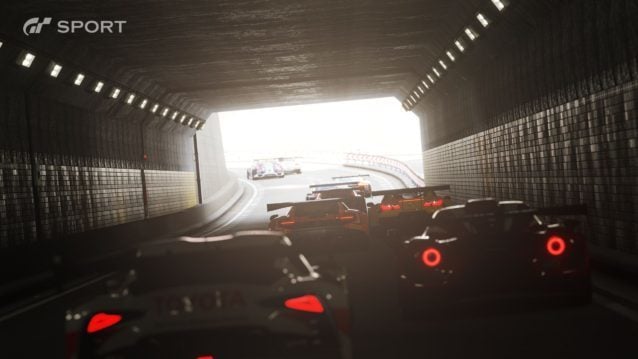 With the mention of remodeling, we’re left to see how Polyphony will achieve such a massive undertaking. Previously, PD has managed a rate of roughly 150 cars every three years. The team has steadily expanded since GT6’s release — Kazunori stated it was around 200 people at E3 2016 — but a tripling of the launch car count is still very ambitious.

With no timeline mentioned, we also don’t know how long Polyphony aims to spread the new content out. If the new cars are paid DLC, the sheer number raises a question of price: the genre average is roughly $1 per car. Polyphony has a mixed track record here: GT5 had numerous paid DLC updates, while GT6 included all updates free of charge.

Naturally, we’re eager to hear more on the subject. Stay tuned for more news on GT Sport as it makes its way out of China.

A big thanks again to Yui-san for the translation!

Andrew Evans · Aug 1, 2016· Comments
Michelin, official Tire Supplier and Technical Partner of Gran Turismo, is staging a special online competition for players in south-east Asia and Oceania, with an all-expenses paid experience at Yas Marina, Abu Dhabi, for the winner.

Andrew Evans · Aug 1, 2016· Comments
A new set of Gran Turismo Sport Daily Races is now available, with the unannounced change to a four-weekly cycle now seemingly the standard from this point forward.

Andrew Evans · Aug 1, 2016· Comments
Following on four weeks from the last set, a new set of Daily Races is now available in Gran Turismo Sport as players get used to the new scheduling for the 2017 title.

Andrew Evans · Aug 1, 2016· Comments
For the first time in nearly a month, there’s a new set of Daily Races in Gran Turismo Sport for players to enjoy for the foreseeable future.

Andrew Evans · Aug 1, 2016· Comments
It’s the inevitable fate of any game that, once it is succeeded, it will eventually wither away as support is withdrawn. While this process usually takes months at a minimum, GT Sport seems as if it could be sidelined in record time.

Andrew Evans · Aug 1, 2016· Comments
Despite being superseded by Gran Turismo 7, GT Sport’s Daily Races seem to be continuing on their weekly cycle — for the time being at least.

Andrew Evans · Aug 1, 2016· Comments
Although Gran Turismo 7 is now out, GT Sport shows no signs of slowing down any time soon, with a new set of Daily Races now available to players.

Andrew Evans · Aug 1, 2016· Comments
Gran Turismo Sport will finally be superceded by Gran Turismo 7 this week, but there’s still plenty to be getting on with in the current title — starting with a new set of Daily Races.