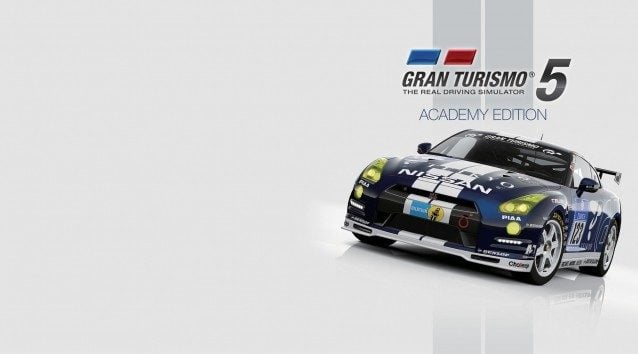 A new bundle version of GT5 has been announced this lunchtime for Europeans – the Academy Edition, to celebrate the fourth year of the Sony/Nissan tie-in of GT Academy.

Coming after the US-only Gran Turismo 5 XL, Academy Edition gives Europeans their first chance to buy a disc version of the Spec 2 upgraded game with a free DLC bundle – and it’s quite the bundle, featuring:

If that wasn’t enough, the announcement also contains a cryptic additional note that “there is more news yet to come on this title”.

Gran Turismo 5 Academy Edition
The original comments for this post are no longer available.
F1 2020 Review: A Winning Formula

Gran Turismo Sport 365 Jul 6 by Andrew Evans
GT Sport has flipped its 2020 yearbook into a new week, and that means it’s time for a new set of three Daily Races. The mix is the typical spread…

Gran Turismo Sport 215 Jul 2 by Andrew Evans
There’s a rare chance to get your hands dirty in the newest set of GT Sport Time Trials, which start today. Over the next 14 days, you’ll be competing against…

Gran Turismo Sport 1929 Jul 1 by Andrew Evans
The second stage of the official Gran Turismo Sport 2020 FIA Online Championship comes to a close this weekend. That means we’re only a few days away from the third…

Gran Turismo Sport 365 Jun 22 by Andrew Evans
Three more Daily Races have arrived to mark the new week in GT Sport, and the line-up is a pretty unusual one. Of the three, it’s Race B that provides…