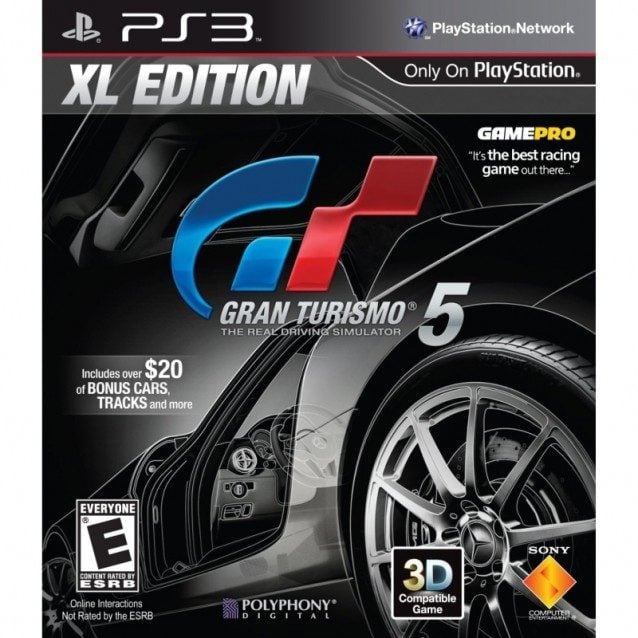 More information about the recently-leaked “Gran Turismo 5 XL Edition” has just been posted by online retailer NewEgg. From the product description:

Gran Turismo 5 XL Edition features the full original version of Gran Turismo 5 game, the best-selling racing game on PlayStation 3, all of the downloadable patches and free feature and content updates through Spec 2.0, as well as a voucher for all of Gran Turismo 5’s current and yet –to-be-released DLC valued at over $25.

As you can see, the description offers a few small hints at what we can expect in 2012. Both NewEgg and Amazon currently list XL‘s release date as January 17, 2012, though no official announcement has yet been made by SCEA.

UPDATE: Sony has now officially announced GT5 XL, offering different details than what were originally posted by NewEgg above. See this post for more information.