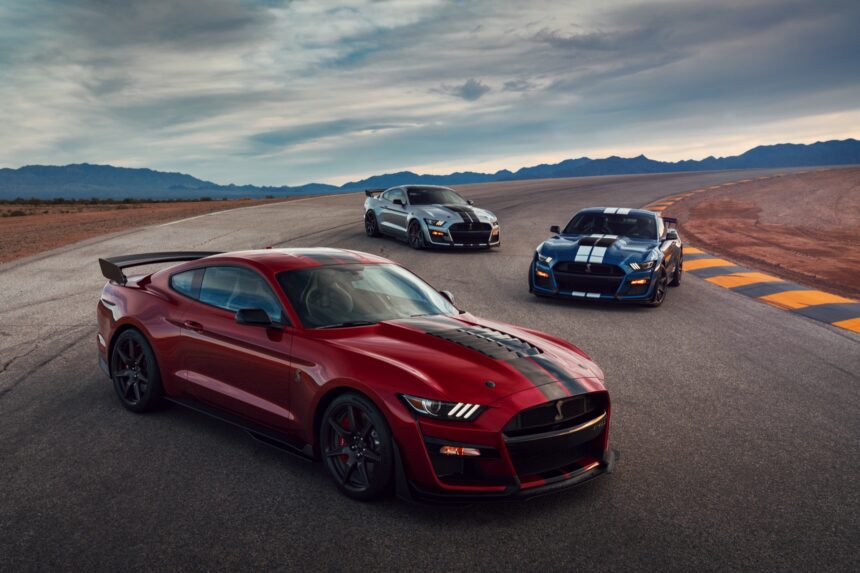 Ford has kicked off proceedings at this year’s Detroit Auto Show with the +700hp Shelby GT500.

The return of the storied nameplate has been a long time coming. Ford first teased the big snake almost a year ago, and talk about it has been going on for new-Supra levels of time. The Blue Oval later confirmed the car would arrive with over 700hp.

That number isn’t any clearer with today’s reveal. The company is only stating “more than 700hp”, but that’s still comfortably enough to earn it the title of most powerful production Ford of all time. The power comes courtesy of a variation of the GT350’s 5.2-liter “Voodoo” V8, only here Ford has strapped a massive 2.65-liter supercharger on top. 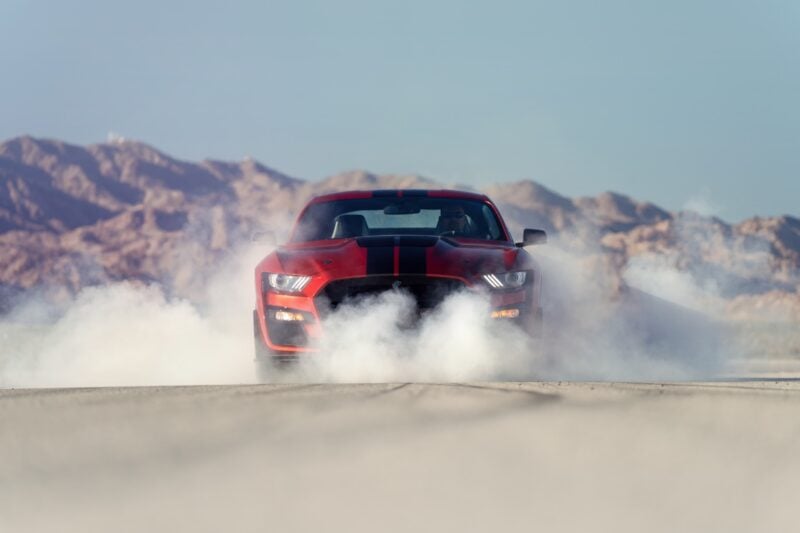 Putting all those ponies to the ground will be a new seven-speed, dual-clutch transmission. This will be the only transmission choice for the GT500, and is unique to the car. It’s also the only one of its kind in the class. Owners can expect shifts in under 100 milliseconds, plus line-lock and launch control features. The DCT packs five driving modes: normal, weather, sport, drag and track. We don’t know exactly how quick the GT500 will be in a straight line yet: all Ford is saying is mid-3s for the 0-60mph sprint, and sub-11 in the quarter.

To match all that power, the GT500 features plenty of upgrades underneath the skin too. Lighter coil springs at both ends complement revised suspension geometry. Active magnetorheological MagneRide is standard too. The 20-inch standard rims come wrapped in GT500-unique Michelin Pilot Sport 4S tires, with more track-friendly Pilot Sport Cup 2s available. Tucked behind the spokes at the pointy end of the car are monster 16.5-inch brake rotors clamped by Brembo six-piston calipers. The rears are 14.5-inch items. 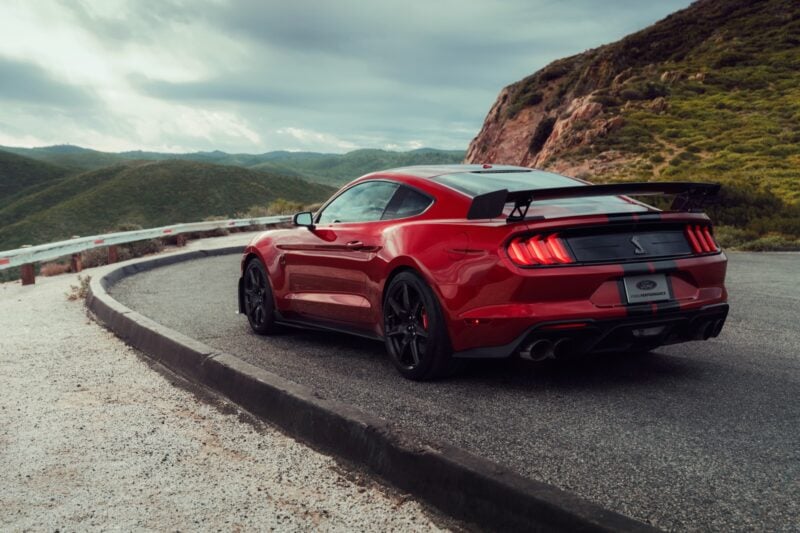 Ford will also offer two handling packages to ensure the GT500 is just as at home on the track as the drag strip. The first adds in adjustable strut top mounts and a spoiler with a Gurney flap. Meanwhile, the more extreme Carbon Fiber Track Package introduces the same sort of tasty weave wheels found on the GT350R, the afore-mentioned PS Cup 2 tires, plus a rear wing and canards similar to the GT4 race car. The rear seats also go bye-bye in this configuration for weight saving.

Outside, the GT500 has an unmistakably aggressive visage thanks to that enormous hexagonal opening up front. It serves a purpose, however, with 50 percent more cooling than the GT350. Just as large is the louvered hood vent, with over six feet of swept space. You’ll even find hood pins on there. Around back is a quartet of enormous exhaust pipes, hooked up to an active exhaust system featuring four modes (including the Mustang’s quiet one).

The GT500 will land at dealers in autumn of this year. Full details on price and performance will be available before that.

Detroit Auto Show 2019FordShelby GT500
6202 Comments Discuss this post in our forums...
Can You Beat the Impossible Gran Turismo Quiz?

Automotive News 9 Jan 16 by Andrew Evans
If the modern trend for downsized engines with turbochargers leaves you cold, we’ve got some good news for you from Stuttgart today. When Porsche introduced its all-new Boxster and Cayman…