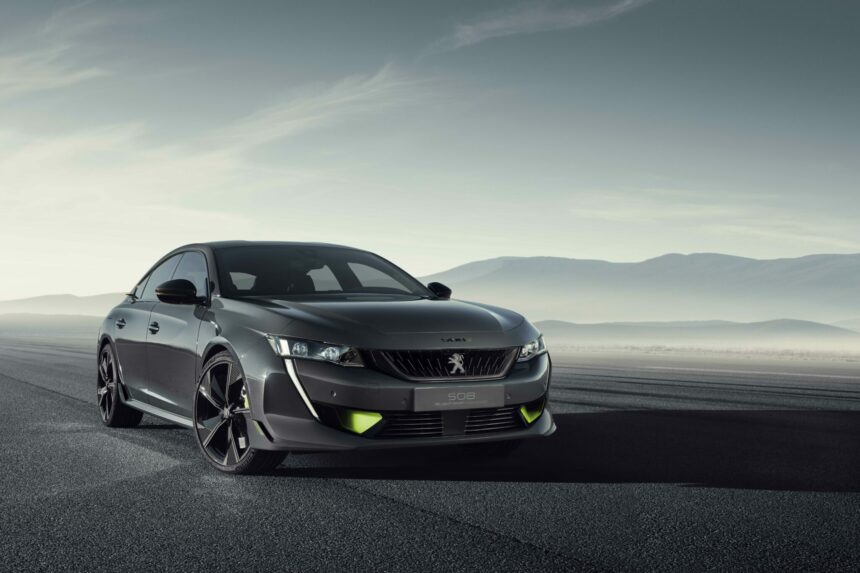 The second generation Peugeot 508 made its debut at the 2018 Geneva Auto Show. For this year’s event, the French automaker is back with another new 508 that really packs a punch.

Called the 508 Peugeot Sport Engineered (PSE), it’s only a concept. Don’t expect some outlandish design study though. Instead, the 508 PSE is very close to production ready, at least at first glance.

Dive a bit deeper into the 508 PSE and there are a few one-off things that earn it the concept designation. The most prominent of these is the car’s powertrain.

Like the standard 508, the PSE concept uses the 1.6-liter PureTech inline-four. Good for around 197hp, it’s a fairly respectable powerplant. However, in order to give the car sporting credentials, Peugeot engineers needed to turn up the dial.

Instead of looking towards a larger engine or bigger turbo, the engineers opted to add two electric motors to the 508 PSE. Located on each axle, the front motor delivers 110hp whereas the rear turns out 200. Add it all up and you’re now looking at a 507hp Peugeot. 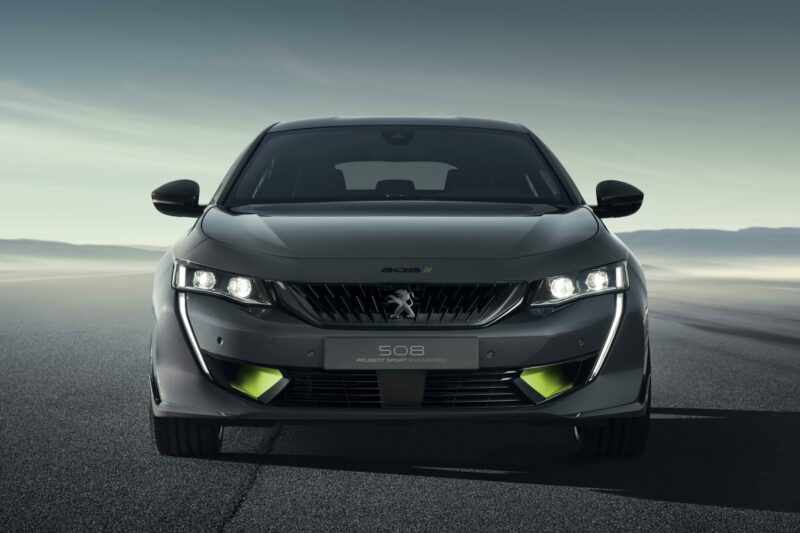 There’s just one small hitch though. The three systems are unable to work at peak performance together. Due to this, the actual output is closer to 400 ponies, which is still nothing to sneeze at.

Thanks to the increase in power, the 508 PSE puts down some rather impressive figures too. Peugeot quotes the 0-62mph time at just 4.3 seconds and the top speed at 155mph. Even better it manages to do all this while only producing 49g/km of CO2.

The low CO2 number isn’t the only green thing about the car either. In addition, it can drive upwards of 31 miles on pure electric power thanks to an 11.8kWh battery pack.

To help make the 508 look as good as it performs, Peugeot also gave the car a small makeover. The front bumper is a bespoke design and there’s a 3D-printed valance as well. In addition, the 508 PSE get various flaps and winglets to improve airflow too. 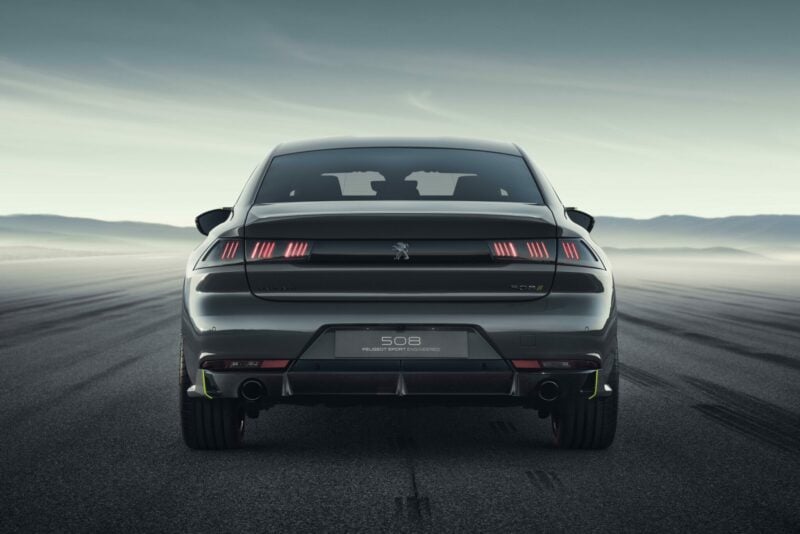 As for the paint, that’s a special color made just for the concept. Called Selenium Grey, it looks rather good. To give the 508 PSE a touch of color, it also gets Kryptonite Green accents too.

The inside is the standard sports sedan affair. There’s Alcantara everywhere you look with touches of carbon fiber. The Kryptonite Green carries over as well to add another pop of color.

If all this piques your interest, you’re a bit out of luck. Peugeot isn’t planning on bringing the 508 PSE to dealers, at least not for the time being.

However, given how close it looks to production we think we could see a production variation towards the end of the year. Then again, Peugeot does have a habit of making a cool looking concept and then not following up on it — we’re looking at you e-Legend Concept.