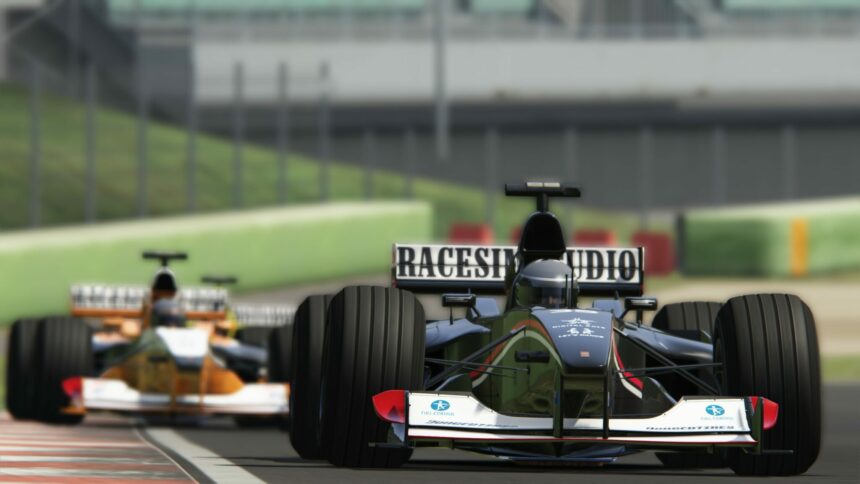 Whenever I see an alert telling me Race Sim Studio have released a new car, there’s this excitement that runs through my body. RSS is, in my opinion, the best modding team around. Everything it has released has been of a quality you’d expect from a game developer. I could make an argument for some of its mods being better than official Assetto Corsa content.

From the GT1 pack to its Formula 2 representation, each car gives you a unique thrill ride. Each new release fully immerses you in the car the team is simulating, from the feel to the sound. Given my gushing praise, I’m sure you can imagine my excitement when RSS released the Formula RSS 2000 V10. That excitement went off the charts when I realized the car is based on Michael Schumacher’s title-winning Ferrari F2000!

The V10 era brings back many fond memories. We all know about the ear-piercing sound those engines produced, but the cars themselves are what made for spectacular viewing. The narrowness, the weight, the grooved tyres, the power, the speed. All those things made for seriously fast, but incredibly nervous machines.

Watching onboard videos from 2000, you can build a sense of how those cars behaved. Straight off the bat, it’s clear RSS has nailed that feeling. The nervousness is apparent, with the rear scrabbling for grip. With the nature of modern Imola’s slow and medium speed corners, those characteristics really came to the fore.

The behaviour of this car suggests you need to take it easy, but the real reward comes when you push. The faster you go, the more downforce you have. That knife-edge feeling doesn’t go away though, despite earning yourself a little more downforce. The car is very definitely still plotting your demise.

It’s hard to find the words to accurately portray the feeling of constantly being on edge whilst having to push to have maximum grip. It’s such an intimidating experience. The car is relentless. The power doesn’t stop, your right foot is conducting a V10 orchestra, the rear is eternally fighting you. It’s a thrilling, terrifying and utterly riveting experience.

As ever, this experience only served to increase my admiration for the likes of Schumacher and Hakkinen. Never mind racing others, never mind the pressure of going for a world title. Just driving this monster takes so much concentration, skill and belief.

To round off, Race Sim Studio knocked it out the park again. Everything about this car feels like a piece of art; the looks, the sound, the behaviour and the emotion it evokes. To capture the spirit of a car so thoroughly is not an easy task, but the team keeps on doing it. What a car.