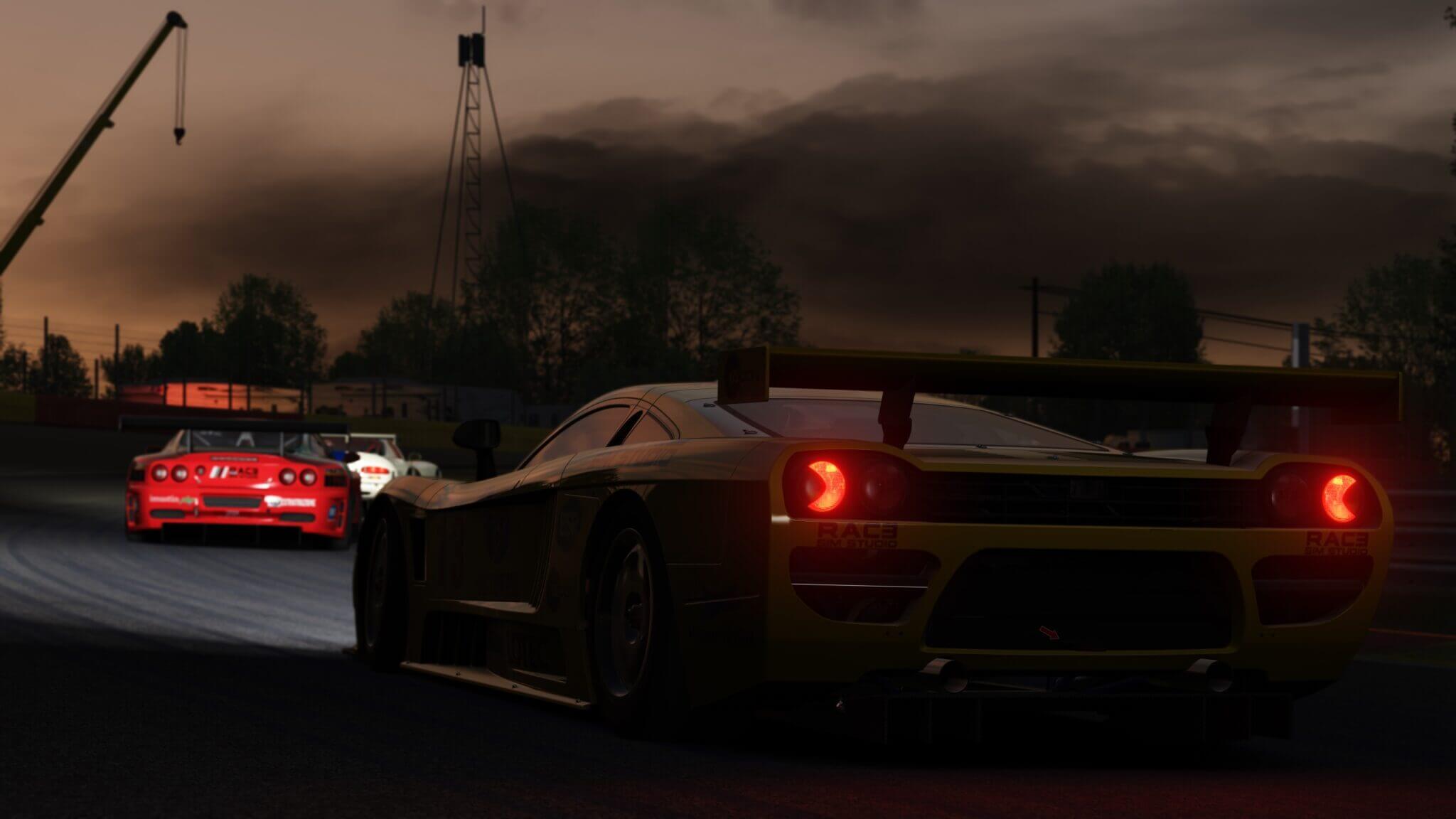 It’s quite amazing how fast the sim racing landscape has changed. In recent years, there has been a big shift in the PC sim racing community towards more licensed content. The shift has been so dramatic that even a title built for modding, rFactor 2, has had to move towards licensed content to survive. This never used to be the case.

For many years, the PC sim racing community was kept going by some incredibly talented people. The shelf life of rFactor, GTR 2, Grand Prix Legends and Richard Burns Rally have all been extended to the point where people still race them today.

The modern trend for licensed content has hit the modding community, along with the occasional threat of legal action. With that, there’s been a decline in original content built by modders. However, there are some that have emerged from the darkness.

Since its release, Assetto Corsa has lacked a day/night transition — enter the modders. For some time now, some incredibly talented people have been working on bringing day/night and a whole host of weather conditions to the title. The result? Sol 1.0.

Even though there are an incredible amount of options in Sol, my focus went straight to the day/night aspect. Could it really be that a modder has implemented a fundamental feature to a game that the original developer didn’t? In short, yes.

I’ve used a lot of mods over the years that have left me smiling like a Cheshire cat, but this one is in a completely different league. Cars and tracks come and go, but feature-driven mods like this don’t. I’m not aware of any other mod that has had such a profound effect on a game. Perhaps RSRBR for Richards Burns, but that doesn’t change the fact that this is a game changer.

Mods tend to vary hugely in quality, but this one is right towards the very top, if not at the top. There’s a quality to it that makes it hard to believe this is a third party add-on. It doesn’t just fit in with the look of Assetto Corsa, it enhances it.

The way shadows lengthened and the sun illuminated the world as it set was gorgeous. Even at 60x time acceleration, it felt entirely natural. There was even a subtlety to the evolving sky, with the orange of the setting sun blending in, rather than dominating the horizon.

The beauty and immersion continued as darkness dominated the world. Before this mod, Assetto Corsa only supported a single light source, but Sol gives the world a vibrancy in the darkness. Track lights and headlights worked together seamlessly to, once again, make me feel like I was there. Even the headlights in the mirrors were impressive.

Another tick in the box for the Sol mod was the way the headlights work. So few games, even with day/night as a stock feature, contain headlights that actually illuminate the way forward. With this, you can actually see what is coming way ahead of you. It’s such a simple, yet fantastic part of this mod.

Perhaps the only place it falls down a little is a slight lack of light pollution. For that to be my biggest gripe about a mod, and it really isn’t much of one, says it all about Sol 1.0.

Some of the coolest sim racing memories I have are from GTR 2 while driving the GT1 cars at Spa, into darkness. Combining Spa with the Race Sim Studio GT1 mod, the nostalgia hit me hard. Watching the cars in front snake up Eau Rouge one by one verges on magical. As an endurance racing fan, I had goosebumps while recording the video. There aren’t many sim racing experiences that can claim to have had that effect.

Andrew Evans · Jan 28, 2019· Comments
In the latest example of the line between virtual and reality, a gamer has created a race circuit out of their own local roads for use in Assetto Corsa, using a technique known as photogrammetry.

Andrew Evans · Jan 28, 2019· Comments
A surprise update to the PC version of Assetto Corsa has landed today, and left something of a mystery in its wake.

Andrew Evans · Jan 28, 2019· Comments
Fans of classic, and long-absent Gran Turismo tracks can rejoice, as it’s now possible to race on them again. There’s one slight catch though: it’s not in Gran Turismo, or even on a PlayStation console.

Andrew Evans · Jan 28, 2019· Comments
If you’re an Xbox gamer and haven’t decided on whether to take the plunge on Assetto Corsa or not yet, there’s some good news. The racing sim from Kunos Simulazioni is now available as part of Xbox Game Pass.

Jimmy Broadbent · Jan 28, 2019· Comments
It’s been a while since I had the pleasure of a modern, high downforce car. Over the last few weeks, I’ve driven a wide variety of cars and games and had a great deal of fun. But, my primal need for some high downforce savagery hasn’t been satisfied… until now. Enter the 2019 Formula Hybrid.

Jimmy Broadbent · Jan 28, 2019· Comments
Michael Schumacher. That name will forever be synonymous with Formula One. That name could be the definition of success. He is a man that redefined the record books. A man filled with unrelenting desire and determination. He’s a man that became a hero to me and a legend to the world of motorsport.

Jimmy Broadbent · Jan 28, 2019
Whenever I see an alert telling me Race Sim Studio have released a new car, there’s this excitement that runs through my body. RSS is, in my opinion, the best modding team around. Everything it has released has been of a quality you’d expect from a game developer. I could make an argument for some of its mods being better than official Assetto Corsa content.

Michael Leary · Jan 28, 2019· Comments
Formula One is coming to the city of Miami for the 2019 season. Proposed earlier this month, F1 and the Miami City Commission met to approve plans for the GP. The current deal sees the circus running around the circuit for ten years, 2019-2028.