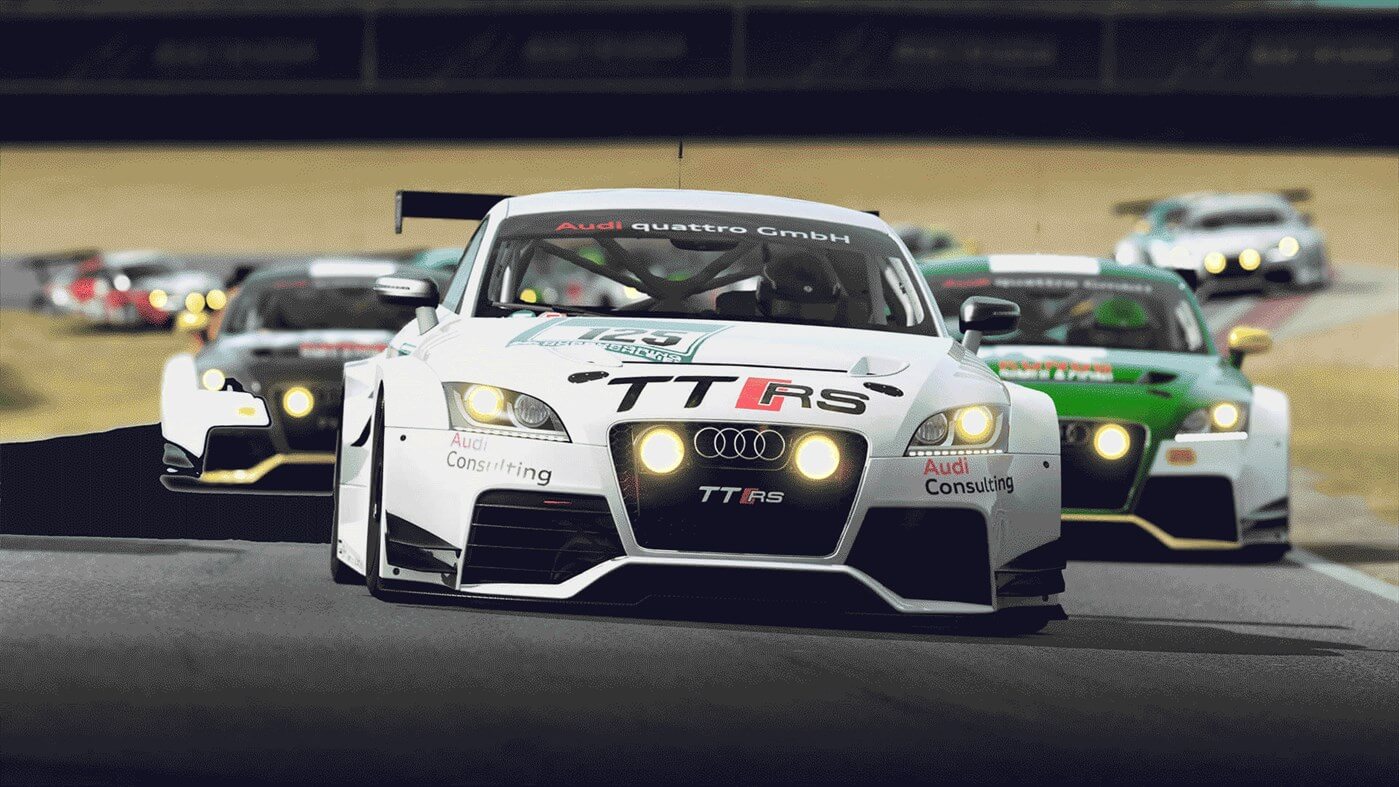 If you’re an Xbox gamer and haven’t decided on whether to take the plunge on Assetto Corsa or not yet, there’s some good news. The racing sim from Kunos Simulazioni is now available as part of Xbox Game Pass.

Although Assetto Corsa is getting on a bit now, it’s still one of the most advanced simulators out there, particularly when it comes to consoles. It’s actually coming up on six years since AC first hit on PCs, and it’s just over four years since we saw it make the transition to PlayStation and Xbox consoles.

While quasi-sequel Assetto Corsa Competizione focuses on the specifics of simulating GT3 racing — and, more recently, GT4 racing — across the official GT World Challenge series, Assetto Corsa itself is more wide-ranging. The car and track list isn’t huge, but it is pretty varied, covering around 100 cars from historic sedans up to F1.

Since launch, there’s been a few content updates — some free, some paid — extending the range of vehicles and tracks on offer. The paid DLCs aren’t included within the version of the game that’s free on Game Pass, though you can get them at a discounted price. You can also buy the Ultimate Edition, with DLCs included, also at a discount on Game Pass.

One thing you won’t get though is mods. AC is incredibly popular on PC simply for the ability to insert user-created content; if there’s a car not in the game, someone, somewhere, will have made it, and you can put that into the game and drive it. This ability doesn’t exist in the console versions of the game.

Nonetheless, AC offers one of the most advanced physics engines out there, and it’s now available for free on Game Pass. You’ll be able to access it without any extra charge so long as your Game Pass subscription is active, starting this week. Not only that, it’s available via Xbox Game Pass on your Android devices too!

Andrew Evans · Dec 11, 2020· Comments
In the latest example of the line between virtual and reality, a gamer has created a race circuit out of their own local roads for use in Assetto Corsa, using a technique known as photogrammetry.

Andrew Evans · Dec 11, 2020· Comments
A surprise update to the PC version of Assetto Corsa has landed today, and left something of a mystery in its wake.

Andrew Evans · Dec 11, 2020· Comments
Fans of classic, and long-absent Gran Turismo tracks can rejoice, as it’s now possible to race on them again. There’s one slight catch though: it’s not in Gran Turismo, or even on a PlayStation console.

Jimmy Broadbent · Dec 11, 2020· Comments
It’s been a while since I had the pleasure of a modern, high downforce car. Over the last few weeks, I’ve driven a wide variety of cars and games and had a great deal of fun. But, my primal need for some high downforce savagery hasn’t been satisfied… until now. Enter the 2019 Formula Hybrid.

Jimmy Broadbent · Dec 11, 2020· Comments
It’s quite amazing how fast the sim racing landscape has changed. In recent years, there has been a big shift in the PC sim racing community towards more licensed content. The shift has been so dramatic that even a title built for modding, rFactor 2, has had to move towards licensed content to survive. This never used to be the case.

Jimmy Broadbent · Dec 11, 2020· Comments
Michael Schumacher. That name will forever be synonymous with Formula One. That name could be the definition of success. He is a man that redefined the record books. A man filled with unrelenting desire and determination. He’s a man that became a hero to me and a legend to the world of motorsport.

Jimmy Broadbent · Dec 11, 2020
Whenever I see an alert telling me Race Sim Studio have released a new car, there’s this excitement that runs through my body. RSS is, in my opinion, the best modding team around. Everything it has released has been of a quality you’d expect from a game developer. I could make an argument for some of its mods being better than official Assetto Corsa content.

Michael Leary · Dec 11, 2020· Comments
Formula One is coming to the city of Miami for the 2019 season. Proposed earlier this month, F1 and the Miami City Commission met to approve plans for the GP. The current deal sees the circus running around the circuit for ten years, 2019-2028.