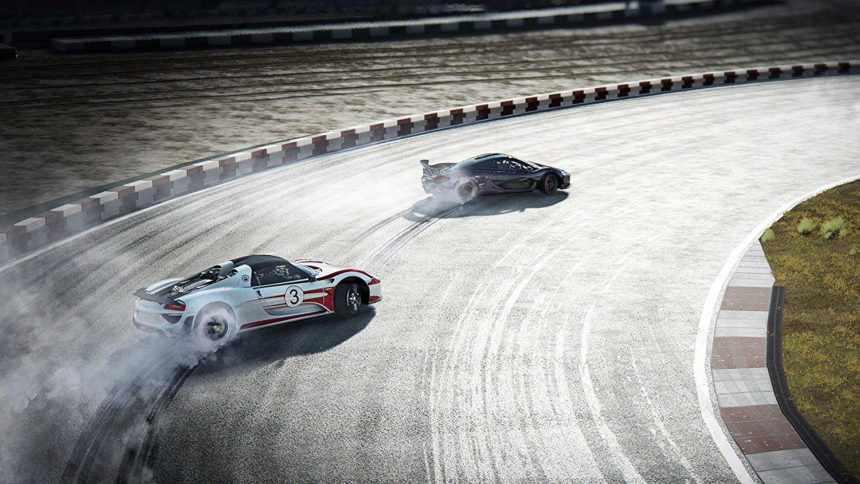 Back in August, we dropped the bombshell that The Grand Tour was getting a video game. Now thanks to a new trailer, we’re getting a closer look at what it’ll offer.

Things start off strong, as the graphics are immensely better than the launch trailer. Those first few bits of game footage left us feeling underwhelmed. It looked more like mobile gaming instead of something made for a console.

Thankfully, that’s rectified now, at least to some degree. The graphics aren’t perfect by any means, but at least it looks like it belongs on a current generation system.

But the biggest update on the game comes courtesy of James May. According to Captain Slow, players will be able to seamlessly transition from the show to the game.

Unfortunately, May didn’t really explain how this will work. We assume you’ll need to watch The Grand Tour on either your PS4 or Xbox One. Then once a segment of the show is over, you’ll get a popup allowing you to launch the game. 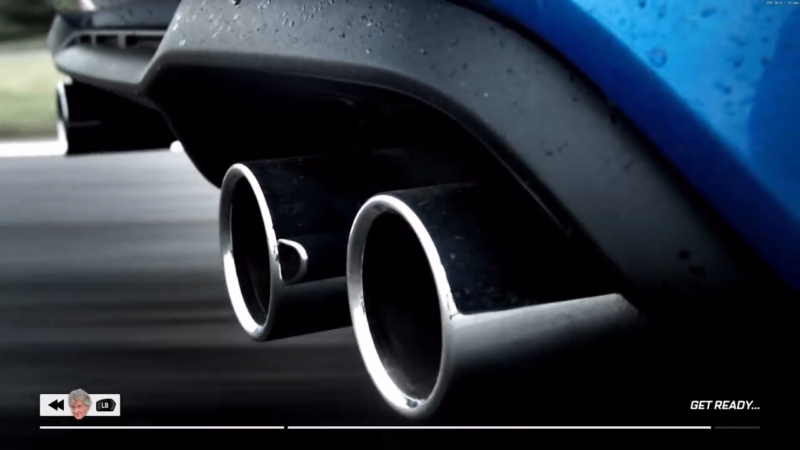 A possible hint of how that works shows up in the bottom left corner of the trailer. There we see May’s head, an LB button, and a rewind icon. This either ties into how the show and game interact or the game has rewind.

There’s another possibility too. Instead of the game and show interacting, new content might be released when a new episode airs. This makes more sense considering so many viewers watch The Grand Tour on smart TVs or other streaming devices.

It’ll be interesting to see exactly how it works as the game draws closer to its release.

Another interesting quip by May is suggesting Hammond film all his segments in the game for “safety”. While in jest, we suspect we will see some sort of crossover during season three of The Grand Tour. This will probably come in the way of some sort of challenge.

At this time, there’s no release date set for either The Grand Tour show or game. However, filming is underway and we could see the new season sometime this December. The game’s release should happen around this time too.

If you want to check out the trailer for yourself, you can do so below:

The Grand Tour
158 Comments Discuss this post in our forums...
Can You Beat the Impossible Gran Turismo Quiz?

Automotive News 22 Feb 25 by Andrew Evans
Austrian motorbike and car manufacturer KTM has revealed the next evolution of its X-BOW track special. KTM calls the new car the X-BOW GTX, and it’s the most powerful model…

Hardware 270 Feb 24 by Andrew Evans
Head of Xbox Phil Spencer has taken to the official Xbox blog to stoke the hype fires some more about the next-generation Xbox Series X. With the console coming later…

Gran Turismo Sport 405 Feb 24 by Andrew Evans
For this week’s GT Sport Daily Races you’ll be heading to two racing circuits on opposite sides of the Pacific Ocean, and indulging in a spot of street racing. Race…

Gran Turismo Sport 397 Feb 23 by Michael Leary
Last month, GT Sport players went without any new content. While Updates 1.54 and 1.55 arrived in January, both focused on bug fixes and system tweaks. The last major update to…