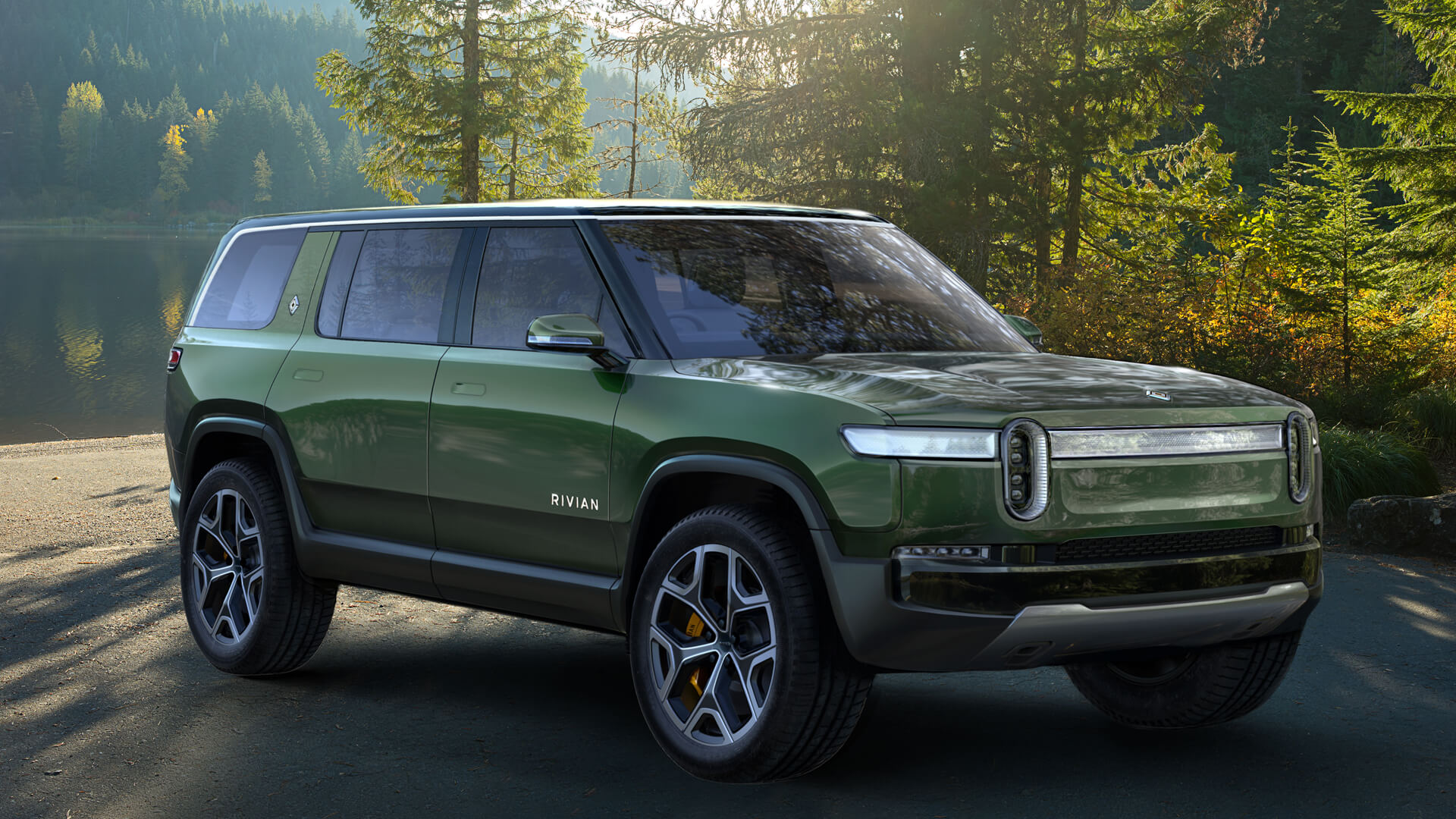 Just days after the debut of its R1T electric pick-up, Rivian is showing off a new model. This time around it’s an electric SUV called the R1S.

Like the R1T, the R1S has adventuring in mind. This means proper off-road testing, plenty of storage, and long-range batteries.

It rides on the same skateboard-like frame as the R1T. It also makes use of the same four electric motors bringing its output to 788hp and 826lbft of torque. This propels the R1S to 60mph in the same 3-second time frame as well.

These figures make it one of the quickest and most powerful SUVs around. The Tesla Model X is slightly quicker, but however way you slice it, the R1S is fast.

The range comes in at the same 400 miles as well. This eclipses the 300 miles of range the Model X can do under ideal conditions.

Another area that it bests the Model X in is storage and seating room. While the Tesla can fit up to seven people, its pretty cramped. The R1S, however, has plenty of room for seven, plus all the stuff that goes with them. There’s even a front truck, or frunk, to store additional gear in as well.

Despite the obvious comparison to the Model X, Rivian says that’s not its aim. In reality, it’s looking more towards Land Rover and wants to provide a solid, luxury off-roader.

The Land Rover aim is pretty clear in the design of the R1S too. It looks remarkably similar to the Range Rover, just with some funky looking headlights. That’s not really a bad thing though. The Range Rover embodies classic lines and harkens back to the early days of the SUV.

Production plans for the R1S currently put it in 2021. It will get built alongside the R1T in a former Mitsubishi plant in Normal, Illinois.